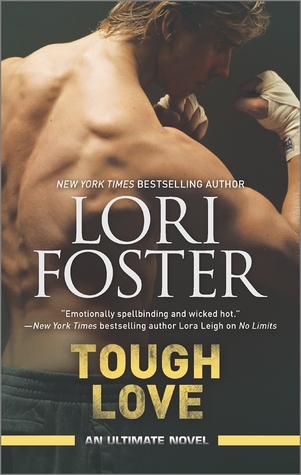 She's playing hard to get… to win the MMA fighter of her ultimate fantasies in a sultry new novel from New York Times bestselling author Lori Foster…
Vanity Baker loves a good, clean match, but she's not above playing a little dirty. She's wanted Stack "The Wolf" Hannigan from day one. Seems as though the best way to corral the famously commitment-phobic fighter is to insist on keeping it casual. And her plan works—deliciously well—until Stack's past steps out of the shadows.
Stack learned early to stay free of attachments. But with sexy, forthright Vanity, he's the one always left wanting more. Then his troublemaking family comes back into the picture, threatening everything Stack cares about—Vanity included. Suddenly he realizes they're much more than friends with benefits. He's ready to go to the mat for her…but will it be in time to protect the woman who's tamed him for good? 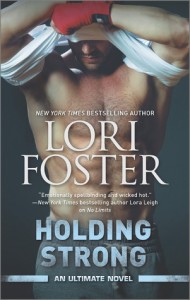 For this reader, Tough Love wasn’t nearly as tough to love as the previous book in this series, Holding Strong (reviewed here).

While Tough Love did have a bit too much of a feel of heroine Vanity manipulating Stack according to “The Rules” for catching a mate, Vanity never loses her agency in this story. Not that there aren’t bad people trying to do terrible things to both Vanity and Stack, but when evil closes in, Vanity rescues herself. And she helps tie up all the loose ends for Stack and the police.

Vanity is no princess, in spite of her wealth. Vanity rolls up her sleeves literally as well as figuratively, and takes care of business. Including her business with Stack.

At the end of Holding Strong, Vanity makes the notorious Stack a proposition. She needs a date for her best friend Yvette’s wedding to Cannon (see No Limits, reviewed here, for the deets on that relationship). Vanity asks Stack to be her date to the wedding, promising him the no strings attached sex that he would normally get from one or more of the ladies attending the wedding. 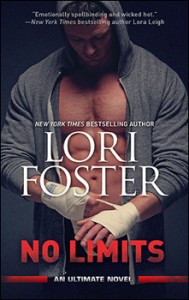 Vanity is very clear that she really does mean no strings attached, to the point where she tells Stack that all she wants out of this is a guaranteed date to the wedding, and that she doesn’t care what he does with whom in the intervening weeks.

Stack is completely hooked. Not just because Vanity is drop dead gorgeous, but because he can’t get over her forthrightness about what they both want.

What Stack doesn’t know is that Vanity is not being forthright at all. Not that she isn’t interested in sex with him, far from it. But what she really wants is to get him so wound up that he’ll stick around for more. Vanity has been fascinated with Stack since the first time she met him, and she thinks that the way she has him set up, she’ll at least get the night of her life. And she might get a whole lot more.

The wedding goes off without a hitch. Well, actually with the hitch it’s supposed to have, but no more. However, Vanity and Stack’s night together is just filled with hitches and glitches, from the woman they rescue out of a burning car wreck to Stack’s overly melodramatic sister Tabitha calling to tell Stack that their mother is in the hospital.

Even as Stack takes Tabby’s over-emoting with a whole shaker of salt, he still rushes to the hospital to check on his mom. Vanity invites herself along for the ride, and orphaned Vanity finds herself quickly adopted into Stack’s family, whether he wanted to bring a woman home to mom or not.

One fly in this ointment – his lying, cheating, stealing, using, dope-dealing brother-in-law, f’ing Phil. Phil sees Stack’s new girlfriend as just another sucker, and immediately starts trying to maneuver Vanity into buying his sob story, giving him money, and just maybe slouching his way into the bed of another woman that Stack cares for.

That’s where the suspense element kicks in. Phil is scum. He’s also a drug dealer. He uses his own product, and everyone within his orbit. And someone else plans to use him to find her way back into Stack’s good graces, by any means necessary.

Escape Rating B: Tough Love was way, way more fun for me than Holding Strong. It is all about tough love, in multiple directions. While Stack needs a tough, strong woman to love him, the real person who needs some tough love in this story is his sister Tabby. Their mom has always picked up after Tabby’s messes, enabling her to stay in denial about just what a low-life Phil really is. Tabby is in her mid-20s at least, and it’s past time for her to woman up and kick Phil to the curb. Her mom has to stop bailing her out as she often literally bails Phil out.

Tabby’s friendship with Vanity gives her just enough moral support, along with her absolute revulsion of the prospect of Phil helping to (read that as neglecting to) raise the baby she is carrying, to get Tabby to see Phil and her life with him for what it really is.

Vanity is a contradiction. She is so used to being completely on her own, that she takes care of business without a single thought that someone else should do it. When the danger quotient starts ratcheting up, Vanity makes sure to get professionals involved to keep herself safe. She’s very clear that she wants Stack in her life, but she doesn’t need him to take care of her. She’s got that covered, thank you very much.

But at the same time, her manipulation of Stack does come back to bite her, which readers expect from the very beginning. No one likes to find out that they are being manipulated, and Stack has already been through that particular scenario. As soon as he finds out that Vanity has kept some salient facts from him, his mind is off to the races that she’s evil and betrayed him at every turn. I don’t think he eats nearly enough crow on this score.

My overall feeling, however, was to stand up and cheer when Vanity took care of the evildoers pretty much by herself. That was awesome. 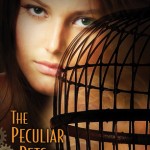 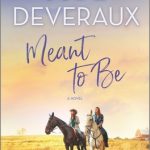