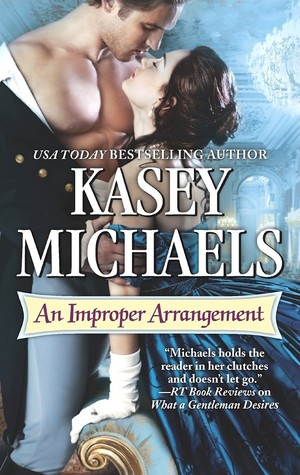 Experience the drama of the Little Season in the first of a new series by USA Today bestselling author Kasey Michaels, in which three dashing war heroes have finally met their matches…
Gabriel Sinclair has returned from battle as reluctant heir to a dukedom. As if his new responsibilities weren't enough, Gabriel's aunt enlists him to sponsor a young heiress through London's Little Season. Yet Miss Thea Neville is hardly the tedious obligation he expected. She's exotic and enchanting—and utterly unaware of the secret poised to destroy her family's reputation.
After ten years in America, Thea is ready to do her duty and marry well. Deportment lessons, modistes, balls—the ton is a minefield she could scarcely navigate without Gabriel's help. By rights, she should accept the first bachelor who offers for her. Instead, she's succumbing to a dangerous attraction to her wickedly handsome chaperone—one that could unhinge her plans in the most delicious way.

This story is for the birds. Not in the slightly pejorative sense that the phrase is usually used, but literally. This historical romance pretty much gets its story stolen by a flock of birds. That the ton gets its collective pocketbook emptied by those same birds, and the nobleman who is, ahem, hawking them, just adds to the fun.

An Improper Arrangement also rides, or flies, on the strength of the witty banter between its two protagonists, Lord Gabriel Sinclair and Miss Dorothea Neville. For a historical romance in the Regency period, the relationship between Gabe and Thea is surprisingly equal. They seem to have both thrown off the expectations of their class and positions and become openly and honestly friends, which inevitably leads them to romance as it leaves them unsuited to the kind of spouse that they would normally find.

Thea may be English, but she was raised in America. She is also, as she often says, “two and twenty”. She is not a simpering miss fresh from the schoolroom, and she is used to saying what she means and doing a good bit of what she likes. She’s also a skilled fisherman (fisherwoman) and excellent with a bow. She competes with Gabe, and she often wins.

In the battle of wits that ensues, they are equally matched.

But what seems to be the central plot here is an actual plot. Gabe and his friends want their bit of revenge against Henry Neville. Why? Because his very wet-behind-the-ears son left them in Napoleon’s clutches instead of carrying a warning to the British and Russian armies. And after the war, while Gabe and his friends languished in a French military prison, the aforementioned Henry Neville arranged for his cowardly little boy to get a medal, for bravery of all things.

Thea wants her own bit of revenge against Henry Neville. He’s her father. The father that she thought was dead, while he deposited herself and her mother in America and returned to England to remarry (without benefit of divorce) and father the aforementioned “wet behind the ears” son. In other words, Henry Neville is a bigamist and his be-medalled son Myles is a bastard and not heir to Henry’s earldom.

A lot of the story is about Gabe and Thea each planning their separate revenge while they draw closer and closer together with a huge secret wedged in between them. Except that the secret isn’t really that secret. The secret is that they know each other’s secret. Yes, there is sometimes an element of farce to this story, but the banter usually carries it off.

Can they each give up their desire for revenge in favor of a future together?

Escape Rating B: While the story of Gabe and Thea’s secrets and counter-secrets is fun, it is also a bit predictable. What makes this story is the game that Gabe pulls on the entire ton. That’s where the birds come in.

When Gabe’s great-uncle Basil was merely the fifth son of the previous duke, Basil and his wife travelled the world on his generous allowance and brought back exotic birds from every place they visited. There are now over 100 exotic birds in Basil’s makeshift aviary at one of his estates. Basil seems to be roosting there too, right along with the birds.

Basil became Duke by accident. Actually, by four accidents, and he doesn’t want the title or the job. He’s confined himself to his rooms, waiting for death to overtake him just before his 60th birthday. Thea convinces him to get out again by having Gabe threaten the birds.

So all the while that Gabe and Thea are driving each other crazy, the birds are a constant source of tension and humor. Gabe takes all the birds to London and runs a giant con on the ton, making the birds the most fashionable thing ever, so that he can get rid of them and make a profit. And then skip town as the bird dropping pile up.

All the while, he keeps his best friend, a cockatoo named Caspar who imitates the sounds that Gabe made as a boy, crying all alone. Gabe’s scenes with Caspar, and Thea’s reaction to them, are quite touching.

But while the birds often steal the show in this slight tale, the story as a whole is just a lark. 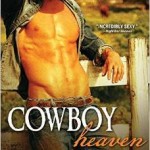 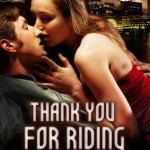 Review: Thank You For Riding by Meg Maguire
Review: Among Others by Jo Walton

One thought on “Review: An Improper Arrangement by Kasey Michaels”