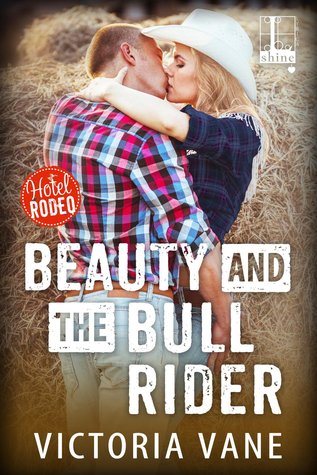 When Beauty Wants A Baby
Championship bull breeder and former Texas beauty queen Delaney McCall was having a heck of a time finding a daddy for the baby she craved. A failed marriage left her with no desire for another husband, but finding the right stud to satisfy her needs presents a bigger problem that she could have imagined.
And The Bullrider Wants Beauty
After hanging up his spurs, bull rider Zac McDaniel wants nothing more than to fulfill Delaney's dream of having a family. After all, his best friend's ex has been his fantasy for years. Zac, however, has no desire to be seen as just a means to an end. And when Zac insists on doing things the "old fashioned" way, their passion explodes like a bull out of the chute…
Some Bucking Is Bound To Happen
While insisting it's all just a passing fancy, the more Delaney sees the softer side of the rough and tumble cowboy, the harder it is to keep her emotions corraled. Zac, meanwhile, is more determined than ever to prove he's what she really needs, and will do whatever it takes to tear down the mile high fence around her heart…
Praise for Victoria Vane
"Erotic and sexy." --Library Journal on the Devil DeVere series
"For erotic passion and one-liners, the first book in Vane's new series will satisfy...Vane's latest gets a big yee-haw."  --RT Book Reviews on Slow Hand 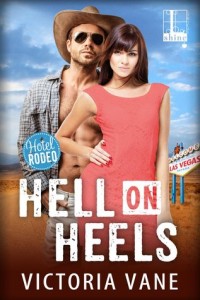 Delaney McCall has been an important secondary character in the first two Hotel Rodeo books, because she’s an important person in Ty Morgan’s life. But her introduction in Hell on Heels may not dispose readers any too kindly towards Ty’s ex-wife.

It’s pretty obvious in Hell on Heels that Delaney is the source of all too many of Ty’s trust issues when it comes to women, and the breakup of their marriage has definitely made him gun shy of commitments, an issue that Monica spends most of both Hell on Heels and Two to Wrangle dealing with. Or that Ty spends most of those two books working through.

It’s not that Ty ever held a torch. It’s that they never should have gotten married in the first place. It’s much more that Ty was so glad to be out of the marriage that he let Delaney get half his family’s ranch in the divorce – and that she decided to keep it.

It’s a big surprise to Ty when Delaney offers Ty all sorts of inducements, mostly monetary, to give her a baby. He never does let her get into the details, because he is so uninterested as to be pretty close to revolted. He’s certainly doesn’t trust Delaney enough to give her another hold on him, and he would never abandon his own child. And then there’s his relationship with Monica.

But his own reaction doesn’t stop him from telling his best friend Zac McDaniel about Delaney’s offer. Zac is retiring from the bull riding circuit and takes a job managing the ranch that Ty just inherited. Ty thinks that he’s making a joke, but Zac’s been interested in Delaney from the minute that she, Ty and Zac met, seven years ago.

He’s willing to give Delaney the baby she wants, but what he wants is Delaney, any way that he can have her. It’s up to Delaney to figure out whether what she wants is a baby…or a life.

Escape Rating B: I liked this one a whole lot more than I expected. Plots that revolve around babies are just not my cup of tea.

But in spite of the way that Zac gets back into Delaney’s life, this isn’t his story, and it isn’t really a story about the baby. This is Delaney’s story, and that’s what made it work for me.

From Ty’s perspective, Delaney seemed originally immature, and later just plain vindictive. Of course that’s not the whole story. (And not that Ty wasn’t just as immature at the time, only in a different way.)

When we get to know Delaney from her own point of view, we see something completely different. Her marriage to Ty was a mistake from day one. They were both too immature, and Ty wasn’t ready to settle down. But Beauty Queen Delaney wasn’t so much looking for a man as for a way out of the scripted and controlled life her rich parents shoehorned her into. Marrying Ty got her out from under their overbearing thumbs, so when the marriage inevitably failed she took and kept half his family ranch. While there was some desire for payback, it was mostly out of a need to have her own space and her own life, one where Delaney and only Delaney made the decisions and had the control.

Running the ranch and starting a bucking bull breeding program keeps Delaney intellectually and physically challenged in a way that her old life as a debutante did not and could not. She is fulfilled on those fronts, but she’s lonely. She’s a woman in what is still a man’s world, and she has no friends and no one she can rely on.

It seems like she decides to have a baby not because her biological clock is ticking all that loud, but because she wants someone to love. And from the way she approaches the process of getting that baby, it seems as if she is also a bit interested in someone she can control. Not in any terrible sense, just that the baby will be dependent on her, where the man she makes it with will certainly have a mind of his own.

There’s almost a feeling that she is approaching the creation of her own baby with all the same scientific know-how, and using much of the same process, that she is using in the breeding program for her stock. She has a plan, and she intends to stick to it. And it originally involves turkey-basters all the way around.

Zac throws all of her plans out the window. He’s willing to help her with her baby-making project, but he wants to do it the old-fashioned way. Delaney has learned not to rely on anyone, but Zac is being helpful when needed without impinging too much on Delaney’s independence. He respects her, and he also cares for her. He’s all in, but she’s reluctant every step of the way.

This is Delaney’s story because she’s the one who changes. She doesn’t give up her independence, but she does let Zac in to share the load…and to bring a much needed dose of spontaneity and fun into her life.

It makes for a fun story. And what looks like a fitting conclusion to this fun and sexy contemporary western romance series.

Victoria is giving away a Texas West handbag and wallet set to one lucky commenter on this tour:

6 thoughts on “Review: Beauty and the Bull Rider by Victoria Vane + Giveaway”