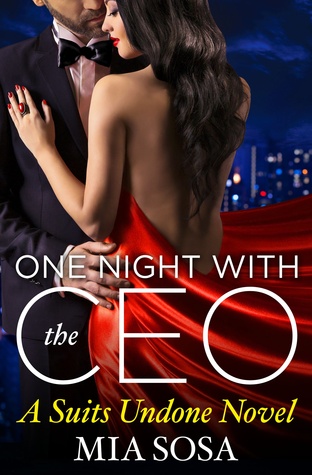 
After some disappointing dates, Karen Ramirez has concluded that great sex is for other people. Especially since medical school won't leave her much time for romance anyway. Then she runs into tall, dark, charming, and ridiculously wealthy Mark Lansing--and quickly reconsiders celibacy. Adding to temptation? Mark will be the best man at her sister's wedding and the nuptial destination is sultry Puerto Rico. Now this trip might just be sensory overload--or the perfect chance for Karen to find the groove she's never had.
For CEO Mark Lansing, his perfect match would be smart, sweet, and funny, with long legs and silky hair the color of dark chocolate. In short, someone a lot like Karen. But Mark's looking to settle down, while a relationship is the last thing on Karen's mind. So Mark proposes a plan: he and Karen will use their weekend in paradise to sizzling advantage--before downshifting to friendship. The only problem? Karen is all Mark can think of when he gets home. Now his most challenging negotiation will be for the one thing money can't buy . . .

I loved Mia Sosa’s first book, Unbuttoning the CEO, when I reviewed it for Library Journal last year. So I was very happy to see that she had a second book in the series.

I don’t generally enjoy the “seduced by/married to the billionaire” trope. The overwhelming imbalance of power in the relationship usually throws me out of the story. Unbuttoning the CEO was definitely an exception to that, I think because the power isn’t all that imbalanced.

Ethan was rich, but also stuck in a position where he couldn’t throw all that wealth around. Graciela was supervising his community service, so she actually had a bit more power in the relationship than would otherwise be expected. That Ethan discovers that he is better off as just another tech guy than as CEO adds to the icing on that particularly lovely cake. It’s Ethan’s dawning self-awareness that makes the story so much fun.

One Night with the CEO follows directly from Unbuttoning, in more ways than one. Karen Ramirez is Gracie’s younger sister, and Mark Lansing is Ethan’s business partner. At the end of Unbuttoning, when Ethan steps down from being the CEO of their successful tech company, Mark steps up. He trades the title of Chief Financial Officer for Chief Executive Officer, with all the perks and especially all the headaches that go along with it.

Mark and Karen meet at a club, dragged there by Ethan and Gracie. But in the loud and dark confusion of the club, they run into each other before Ethan and Gracie have a chance to introduce them. In the anonymity of the club they verbally explore their instant attraction, expecting to never meet again after sharing a few intimate secrets and whole lot of very hot flirting. Then Ethan and Gracie crash in, and they discover that they are going to be seeing a lot more of each other than they ever intended.

Ethan and Gracie have dragooned both of them into attending their very quickly arranged wedding – at the Ramirez family compound in Puerto Rico. Sun, fun and infinite temptation on a tropical island, in the midst of a celebration where love will be in the air at every moment. What could possibly go wrong?

Karen and Mark try to ignore their amazing chemistry. They make an incredible effort at being just friends. Because they both know that if they have a relationship, they will not be able to hide it from Ethan and Gracie. And they won’t be able to get away from each other when it inevitably goes south, and not in a good way.

Mark has finally realized that he is looking for someone to spend the rest of his life with. In his early 30s, he is starting to want a partner and eventually a family. Karen is starting medical school in the fall. Her whole family has their hopes pinned on her becoming a doctor. With the grueling schedule she knows she will have to keep, she won’t have time for a relationship. And in her early 20s, Mark is just certain she isn’t ready to settle down.

So they agree to a one-night stand in Puerto Rico. Only to discover that they can’t let each other go. But until they can manage to resolve the differences between them, they also can’t manage to let each other stay.

Escape Rating B: One Night with the CEO was fun, and it certainly reads very, very quickly. But while I enjoyed it, the sparkle that was so terrific in Unbuttoning the CEO just wasn’t there in this story.

Karen is a terrific heroine. The way she is driving herself, her relentless pursuit of a difficult goal is fantastic. There should be more heroines who are as driven as she is, and who don’t give up when they fall in love. At the same time, she has plenty of flaws and insecurities, she just picks herself up and moves on after every setback.

Mark has a ton of issues. He has a whole baggage load of problems with investing in a relationship, because his dad and his mother are such a mess. And he transfers those issues to his relationship with Karen.

They are at different points in their lives, and that’s a real issue when couples have a significant age gap. But what keeps doing Mark and Karen in is the inability to talk about it. As it usually does.

Mark and Karen are great people. The reader wants them to find their HEA. The scene where they meet in the club and tease and torment each other mostly with words was incredibly hot. But there wasn’t anything particular new or different about this story or their relationship.

While I certainly had fun on my One Night with the CEO, after the sparkle of Unbuttoning the CEO, I expected something more.

Mia is giving away a $25 Amazon Gift Card to one lucky commenter on this tour.

2 thoughts on “Review: One Night with the CEO by Mia Sosa + Giveaway”