After having reviewed a book about magical libraries this week, it seems totally appropriate to be heading off to the American Library Association Annual Conference next week. Just as there is an L-space that connects all the great Libraries of the multiverse, I am convinced that there is also a C-space that connects all the Convention Centers, and imposes a uniformity on all the spaces. Having attended ALA for a number of years, one exhibits floor looks pretty much like another. The booths move around, and the contents change, but an overhead photo looks fairly similar from year to year. The support beams are just in slightly different places in each hall.

This year, the ALA Annual Conference is in Orlando, the site of so much recent tragedy. I was torn about mentioning the location, because I just wasn’t sure what to say about recent events. But in Galen’s post yesterday, “Naming and Responding to Hate –YAPC::NA and ALA Annual in Orlando“, he said it all so much better than I could.  In closing, one more comment. It’s true in a sense that “guns don’t kill people, people kill people”, but people with guns, especially military assault rifles, can generally kill a lot more people a lot faster than people without guns. Why is this so hard? Why does this keep happening?

The winner of a $10 Amazon Gift Card in the Life’s a Beach Giveaway Hop is Elizabeth H. 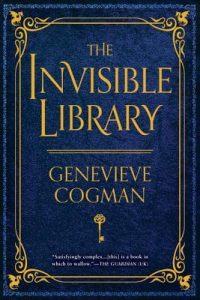 A- Review: The Invisible Library by Genevieve Cogman
B Review: June by Miranda Beverly-Whittemore + Giveaway
A- Review: The Space Between Sisters by Mary McNear
B+ Review: The Champion of Baresh by Susan Grant + Giveaway
C Review: Maggie Dove by Susan Breen
Stacking the Shelves (189) 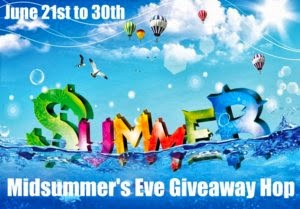