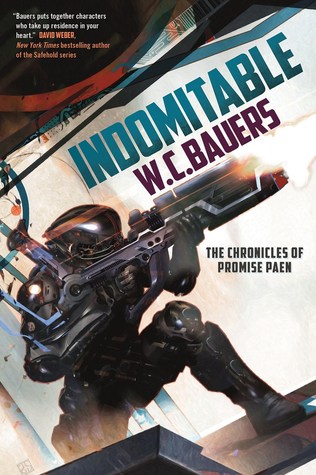 Promise Paen, commander of Victor Company's mechanized armored infantry, is back for another adventure protecting the Republic of Aligned Worlds.
Lieutenant Paen barely survived her last encounter with the Lusitanian Empire. She's returned home to heal. But the nightmares won't stop. And she's got a newly reconstituted unit of green marines to whip into shape before they deploy. If the enemies of the RAW don't kill them first, she just might do the job herself.
Light-years away, on the edge of the Verge, a massive vein of rare ore is discovered on the mining planet of Sheol, which ignites an arms race and a proxy war between the Republic and the Lusitanians. Paen and Victor Company are ordered to Sheol, to reinforce the planet and hold it at all costs.
On the eve of their deployment, a friendly fire incident occurs, putting Paen's career in jeopardy and stripping her of her command. When the Lusitanians send mercenaries to raid Sheol and destabilize its mining operations, matters reach crisis levels. Disgraced and angry, Promise is offered one shot to get back into her mechsuit. But she'll have to jump across the galaxy and possibly storm the gates of hell itself.

The cold war between the Lusitanian Empire and the Republic of Aligned Worlds is definitely heating up in this second book in the Chronicles of Promise Paen. And Promise, and her Marines are in the thick of the action.

Even when Promise isn’t supposed to be.

The story begins with Promise as a still raw but very promising (puns all intended) Lieutenant in the RAW-MC. That’s the Republic of Aligned Worlds Marine Corps to the rest of us.

Promise is who and what Torin Kerr in Tanya Huff’s Confederation series would have been if the Gunny had ever accepted any of the many, many invitations she received to go to Officer Candidate School. 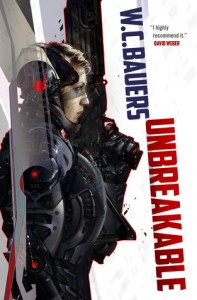 When Promise’s time came, she didn’t feel she had much of a choice. In her first story, Unbreakable, Promise accepts a field commission when her Captain and Lieutenant are taken out of the fight, and she is left as the highest-ranking noncommissioned officer in her company. But now that they’ve been through hell together, the janes and jacks of Victor Company are Promise’s Marines.

Even after they take them away from her.

The story in Indomitable is all about Promise’s fall and rise, in that order. And how she copes (and often doesn’t) with the survivor’s guilt that haunts her sleep and dogs her at every step. Because war is coming, and Promise is one of the few officers who is willing to look at the oncoming storm, see it for what it is, and still run forwards to meet it.

Escape Rating A-: I loved this book, but I don’t want to give too much of the plot away. If you love military SF or military space opera, get this series, and start with Unbreakable. You won’t be sorry.

For this reader, the Chronicles of Promise Paen read like a combination of Tanya Huff’s Confederation series and David Weber’s Honor Harrington. While Promise as a character is much, much closer to Torin Kerr, the setting owes a lot to the Honorverse, at least so far. The conflict that is spinning up between the Lusies and RAW reads too much like the war between Haven and Manticore in the Honorverse to feel like coincidence. At the same time, it is entirely possible that both stories are drawing from the same source material – the Napoleonic Wars. We’ll just have to wait and see on that.

So far, we haven’t seen a lot about the motives of the Lusies. They are fighting a proxy war, and they are gobbling up territory, while winning the public relations war. There are also some pointed callbacks to our history, as the peace movement in RAW directly reflects some of the “peace in our time” rhetoric before our World War II.

There’s a lot going on in this book. On the surface, the action is all about guerrilla warfare on a fringe world. The Lusies are again using proxies, just as in Unbreakable. RAW is forced to send in its own overstretched and under-strength troops, and the effects are predictably devastating. To call the situation a FUBAR is understating the scope of the clusterf**k by several degrees of magnitude.

At the same time, we see the impacts of events back home, as powerful individuals attempt to block defense spending, oust anyone in favor of building up the fleet, and paint a big, fat target on Promise’s back. She’s playing in the big leagues, whether she planned to or not.

And because we see inside of Promise’s head, we see her doubts and her fears. She knows she’s been much more lucky than she has been good, and we feel her wondering if she has done enough. If she has been enough. We feel for her pain, and we see her grow, change and marginally cope.

In the end, the story is about Promise dealing with the hand she is dealt, and finally deciding to play it for all she’s worth. No matter the cost. Indomitable is filled with nearly non-stop action, but it ends on a pause, as Promise waits to take up her latest challenge.

I can hardly wait to see what she tackles (and what tackles her) next.