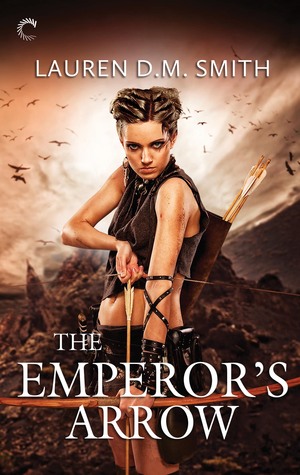 Grand Prize Winner of Harlequin's 2015 So You Think You Can Write contest
Debut author Lauren D.M. Smith delivers an epic fantasy romance in this soaring tale of a kickass warrior and the emperor she's honor-bound to defend
The bride candidates have been summoned. Their numbers are many, yet only one is an Amazzi warrior. Only one would give her life to protect him.
Evony of Aureline, warrior of her people, has no intention of becoming a hideous old man's bride. Though her people have sworn their loyalty to the legendary emperor Galen, Evony knows little of courts and intrigue. It's simply not her world.
Yet it's on the palace training grounds where Evony's archery skills gain her the respect of soldiers and legates alike. The emperor himself takes notice of the beautiful, ruthless warrior. In turn, the young, steely eyed Galen is nothing at all what Evony expected.
This man could very well conquer her heart. But does he feel the same?
As the rivalry among the remaining bride candidates intensifies and the plot for the throne unfolds, Evony must make a grave choice: fulfill her destiny and protect her people or follow her heart and pursue true love.
Either way, the honor of the Amazzi people and the future of the empire now rests with Evony of Aureline. For she is the Emperor's Arrow.

Based on the description, I was expecting The Emperor’s Arrow to be a bit like The Champion of Baresh or The Empress Game. And there are resemblances, but not nearly as close as I expected. Instead, the slightly Roman flavor to the setting and the romance between an emperor and a barbarian remind me a bit of Jim Butcher’s Codex Alera. All books terrific company to be among.

The Emperor of this fantasy empire calls on all of the noble houses under his rule to send a daughter to compete to be his bride. And therefore his empress. While the nobility see this as a true competition, Emperor Galen has a different agenda in mind.

And, while he wouldn’t mind finding an empress, what he is really looking for are hostages. The competition is a nonthreatening way to get all the noble houses to send him a person who can become a hostage for their good behavior – if he needs one.

He knows that some of his nobles have made repeated attempts to assassinate him – one of those attempts took the life of his beloved sister. But he doesn’t yet know which one. Or even worse, which ones. Hence the bride competition.

While parts of the bride competition read like a fantasy version of The Bachelor, there is a real contest being conducted. Contestants are eliminated, not necessarily for their performance, but because it has been ascertained that their families are loyal.

Some of the contestants remain, not necessarily because they have a chance of becoming empress, but out of a need to, as the old adage goes, “Keep one’s friends close and one’s enemies closer”.

And then there’s Evony, an Amazzi warrior of the Aureline. Her people are unquestioningly loyal to the emperor, but they are also numbered among the first families of the empire, even as isolated as they generally are. Evony answers the summons to the bridal games because her people’s honor demands it.

The Emperor plans to use her unwavering loyalty to provide him with eyes and ears among the contestants. Evony plans to use the competition to find a man to sire her child.

Neither of them counts on falling in love.

Escape Rating A-: Harlequin was right, this author definitely can write. The author of The Emperor’s Arrow was the Grand Prize Winner of Harlequin’s 2015 So You Think You Can Write contest. This book shows that she absolutely can, and it is marvelous.

The story is wrapped in multiple layers. Evony is a terrific character. On the one hand, she is a fish out of water, so any necessary explanations to her of how the court works and what is going on within it, also work as explanations to the reader.

Evony herself is a great character to follow, because her perspective on court life and court intrigue is so refreshing. Evony is a warrior. She is also an extremely straightforward person, to the point of being very, very blunt. She looks at all the decorative women in the bridal competition and can’t figure out why anyone would allow themselves to be kept from learning to defend themselves, or why some of these women believe that they have no choices about their fate and their future.

She is not unusual among her people in being a warrior. Her tribe has many more female children than male children, and every person is trained in self-defense. Many, many of the women are warriors. She sees herself, her independence, her agency and her self-respect as being normal. Anyone who doesn’t have those things she feels a bit sorry for.

Her people also do not elevate their leaders above their people. So she sees the emperor as just another warrior, albeit one with more responsibility and at the center of more danger. She argues with him, disagrees with him, and calls him by his first name. She tells him things he doesn’t want to hear.

The one thing she never does is bore him. And he trusts her because it is clear from the very beginning that she does not have a political agenda. Until she falls in love with the emperor, and refuses to obey his orders to remain safe and far away. From that point on, her only agenda is to keep him safe and help him catch the people who want him dead.

And in the middle of the romance, there is also a wonderful female friendship between Evony and another of the bride candidates – the shy and somewhat diffident Admina. They discuss their lives, their hopes and their futures, and bond from two very different perspectives. It is refreshing and wonderful that their relationship is not about discussing men, but about who they are and who they want to be. It passes the Bechdel Test with flying colors.

In the end, The Emperor’s Arrow is an absolutely marvelous fantasy romance. I am looking forward with great pleasure to much, much more from this author. 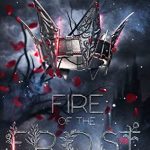 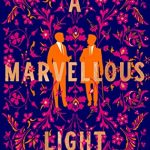 6 thoughts on “Review: The Emperor’s Arrow by Lauren D.M. Smith”