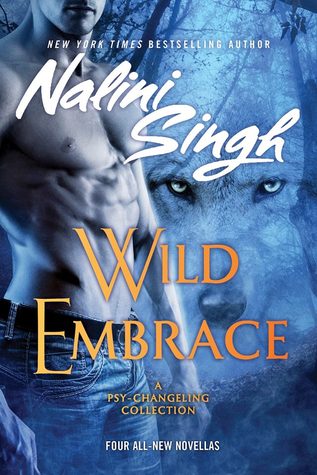 The “alpha author of paranormal romance”* presents a stunningly sensual collection of four all-new Psy-Changeling novellas, in which taboos are broken, boundaries are crossed, and instincts prove irresistible...


In a deep-sea station, Tazia Nerif has found her life’s work as an engineer, keeping things running smoothly. But she wants nothing more than to break down the barrier of silence between her and her telekinetic Psy station commander...


A changeling who can never shift lives a life of quiet frustration—until he learns how to let his leopard come out and play...


Still raw from being burned by a dominant female, wolf changeling Felix will never again risk being a plaything. But for dominant leopard Dezi, he’s the most fascinating man she’s ever met. She just has to convince this gun-shy wolf that he can trust the dangerous cat who wants to take a slow, sexy bite out of him…

Seven years ago, Kenji broke Garnet’s heart. Now the wolf packmates have to investigate the shocking murder of one of their own. And the more Kenji sees of the woman Garnet has become, the deeper he begins to fall once more. But even his primal instincts are no match for the dark secret he carries...
*Booklist, starred review

Hello again! Long time, no see. Who’s up for a Cass Rant On Demand™? Clearly the person who baited me with another dip into the Psy-Changeling world. An anthology this time. Be warned, there shall be spoilers and snark ahead.

Anyone want to place bets on how many stories involve a psychic woman being saved by the mighty powers of the changeling cock?

Echo of Silence: Now wait just a moment here. What atrocity is this? A poor woman being left alone in the world to fend off the attentions of this nightmarish man-creature that respects her culture. Be warned, the following exchange may shock you.

“I understand,” Stefan said, having already guessed at Tazia’s value system after so carefully noting every single thing about her in the year they’d worked together. “Your cultural mores are no more or less irrational than the protocol under which my people are conditioned.”

To add insult to injury, he takes this a step further by valuing her talents as an engineer.

“Your skills are necessary.”

Typical Psy. Without exposure to Changeling packs, he hasn’t yet learned that it is his job to threaten his crush (Lucas), violate her bodily autonomy (Vaughn), belittle her life choices (Clay), and piss all over her loyalty to her family (Dorian). Though I guess the latter isn’t necessary since her brother seems to have missed out on the Riley Kincaid Lecture Series: Your Sister’s Vagina is Your Property.

Of course he’s a former Arrow. Apparently the only school on this planet that teaches how to respect women is the one with a regular torture regimen.

“No grease streaks for once,” she said, nervous.

“I have a confession.” He rose from the bed. “I only used to say that to have an excuse to speak to you. Sometimes you didn’t have grease on your face. I lied.”

Stefan, Stefan, Stefan. Pick up the phone, and give DarkRiver a call. Nate will be happy to explain to you how to infantilize the woman you are romantically interested in. Then you won’t need to worry about conversational icebreakers. (+)

Dorian. This entry is an absolute joke. It’s basically deleted scenes from prior novels, loosely compiled and told from the POV of one racist misogynist fucktard.

Anyone interested in the first time Clay met the pack? Or want to see Dorian briefly interact with the sister that was fridged before the first book? Maybe you want to know how Lucas feels about Dorian being able to shift? Anyone? Bueller? (-)

Partners in Persuasion: Here we have a recently retired supermodel, who is really into fashion and flowers, but just can’t seem to relate to women. In fact, he is so shy around them that he refuses to even make eye contact. Thankfully he has no trouble whatsoever relating to or engaging with men, so when a butch woman puts the moves on him, he tentatively agrees to give it a shot. She’s mannish enough for it to work out.

She tried to shift closer, was stopped by the way they were seated, his upper body twisted to meet her kiss. Placing her hand on his throat,  she—

He wasn’t there any longer, having jerked away to the other side of the trunk. Reeling, she tried to think what she’d done,

I hate to break it to you Dezi, but you didn’t do anything wrong. He freaked out as soon as you got close enough for him to realize you didn’t have a cock.

We’re 15 books into this series, and there hasn’t been one single queer-identified character. All we get is a shy,flower-arranging fashion model who, contrary to pages of internal monologue about how it’ll never work, deciding to hook up with Idgie Threadgoode. Give me a fucking break. Is there an previous entry in the series I missed that covers how the Psy discovered the “gay gene” and managed to suppress it from appearing in the population? (-)

Flirtation of Fate: One self-centered man baby, who firmly believes his feelings outweigh those of any and all females in his life. They will get over their shit. He is the only one who can wallow.

“You knew how awful she was to me, how she made my life a living hell, and you not only took her to prom, you dated her for a year!”

A befuddled expression on his face. “I know you two didn’t like each other, but I thought it was, you know, girl stuﬀ.”

Let that be a lesson to all you menfolk out there. It is completely acceptable to bang a hot bully, even as she is emotionally tormenting your best friend. Teenage girls aren’t at all prone to depression and suicide in situations like this. It’s just girl stuff. Feel free to ignore it. 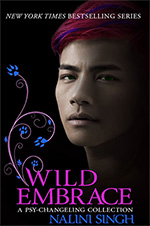 The – ahem – romance between these two only appears to deepen with time. After man baby gets his jollies plowing her nemesis, he leads her on, ditches her at her birthday party to bang another girl, spends years tormenting her professionally, and ultimately decides for her that her only purpose in life is to breed. Because yeah. That is how you demonstrate your love for your true mate. Fuck this noise. (-)

In sum, only bother with the first story.

Before I move on to the grading, I need to spend just one moment addressing the cover-shaped elephant in the room. What is with the US covers?! The US cover screams P-O-R-N. Which it really isn’t. There is sex in every story, but it’s only painful when the author is forcing two clearly queer characters into a hetero-normative relationship. If you decide to buy this anthology for the first story, order it from the UK. Even man-baby’s pink hair is preferable to Mr. Nipples.

Escape Rating: D for Down With the Douchebaggery!

Marlene’s Notes: Cass is absolutely right about the UK vs. US covers. I always hate the US covers. The UK covers are always lots better.

Howsomever, much as I agree about the covers, I disagree about the series in general and this book in particular. For a considerably more positive take on Wild Embrace, check out my joint review with E over at The Book Pushers.

Joint Rant: Til Dragons Do Us Part by Lorenda Christensen
Jane Austen Made Me Do It
Dual Review: Entangled – a spooky and healthy anthology