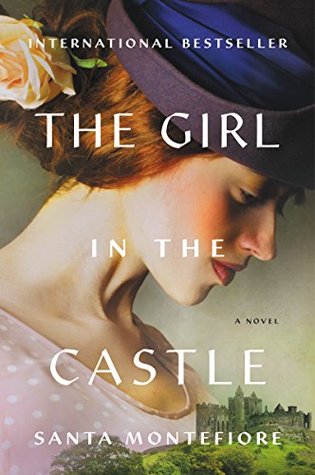 International sensation Santa Montefiore presents the first book in a trilogy that follows three Irish women through the decades of the twentieth century—perfect for fans of Kate Morton and Hazel Gaynor.
Born on the ninth day of the ninth month in the year 1900, Kitty Deverill is special as her grandmother has always told her. Built on the stunning green hills of West Cork, Ireland, Castle Deverill is Kitty’s beloved home, where many generations of Deverills have also resided. Although she’s Anglo-Irish, Kitty’s heart completely belongs to the wild countryside of the Emerald Isle, and her devotion to her Irish-Catholic friends Bridie Doyle, the daughter of the castle’s cook, and Jack O’Leary, the vet’s son, is unmatched—even if Jack is always reminding her that she isn’t fully Irish. Still, Jack and Kitty can’t help falling in love although they both know their union faces the greatest obstacles since they are from different worlds.
Bridie cherishes her friendship with Kitty, who makes her feel more like her equal than a servant. Yet she can’t help dreaming of someday having all the wealth and glamour Kitty’s station in life affords her. But when she discovers a secret that Kitty has been keeping from her, Bridie finds herself growing resentful toward the girl in the castle who seems to have it all.
When the Irish revolt to throw over British rule in Southern Ireland, Jack enlists to fight. Worried for her safety, Jack warns Kitty to keep her distance, but she refuses and throws herself into the cause for Irish liberty, running messages and ammunition between the rebels. But as Kitty soon discovers, her allegiance to her family and her friends will be tested—and when Castle Deverill comes under attack, the only home and life she’s ever known are threatened.
A powerful story of love, loyalty, and friendship, The Girl in the Castle is an exquisitely written novel set against the magical, captivating landscape of Ireland.

The Girl in the Castle is one of those big, sprawling historical family sagas that they don’t seem to make anymore. But maybe they should.

This is a big story. While it focuses on one family, the backdrop is large and tumultuous. The story takes place in the first quarter of the 20th century, and gives readers a glimpse into the causes and the effects of the Irish Rebellion. Our main point of view character is Kitty Deverill, a child of the Anglo-Irish Ascendancy, who feels herself to be Irish to the bone, and English not at all. But through Kitty we see the world around her, her family who both love and hate Ireland, and see that the world they ruled is fading away, while being drenched in blood.

But the Deverills aren’t the only people in their little town Ballynakelly. Kitty’s best friend is Bridie Doyle, the daughter of the Deverill cook. Bridie is the only girl Kitty’s age, and the two become fast friends in spite of their differences in class and religion. The only thing that divides them is that they both love Jack O’Leary, and neither can have him.

As the veterinarian’s son, Jack is too far above Bridie and her poverty stricken family for his family to consider her a good match for him. And aristocratic Kitty is seen as an English interloper, whether she fights for the revolution or not. Her family will see Jack as too far below them.

It’s ironic that a marriage between Jack and Kitty would end an old family curse. A curse that Kitty, gifted with the proverbial second sight, knows is all too real.

But as the Irish Free State rises, the three young friends are forced to scatter. Kitty to glittering salons in London, Bridie to a new life in America, while Jack languishes in prison as a convicted rebel.

It’s only when they all return to Castle Deverill and Ballynakelly that there is hope of healing all the wounds – if they don’t break out afresh over old and new wrongs.

Escape Rating B: This is a book that rewards sticking with it. It’s a big story and it takes a lot of pages to set up the real action. The story begins when Kitty, Bridie and Jack are all children, and it takes a while for them to reach adult age with adult sensibilities.

Not that child-Kitty isn’t very observant, but she lacks adult context that the reader has to piece together. Once the trio are all grown up, both the personal stories and the battlefields heat up.

There is a lot of tragedy in this story, with happiness being difficult for the characters to grasp, even at the end. World War I casts its shadow over much of Kitty’s teenage years, and British treatment of the Irish both during the war and immediately afterwards is as tragic as the loss of life on the battlefields and in the trenches.

Readers who loved Downton Abbey, especially the subplot involving Tom the Irish chauffeur, will find much that strikes the same chord.

The family drama and melodrama are a big part of the charm of this story. This is not a functional family, which makes them much more interesting to read about. Kitty in particular is a high-spirited young woman who refuses to bend to either society’s expectations or her mother’s. While she is capable of doing the right thing, her tendency towards self-indulgence spells trouble for future books in the series.

The other fascinating story is Bridie’s tale of rags to disgrace to riches (and social opprobrium). After her own tragedy, she moves very far from the life she was expected to lead, and becomes something new and different. She also becomes cynical and practical, at least until she returns to where she began, only to discover that not nearly enough has changed. 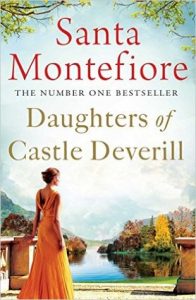 This is the first book in a projected trilogy. The Girl in the Castle was published last year in Britain as Songs of Love and War to rave reviews. It ends with not a conclusion, but an extremely pregnant pause. I’m looking forward to the US release of Daughters of Castle Deverill whenever it makes it to these shores.

One thought on “Review: The Girl in the Castle by Santa Montefiore”