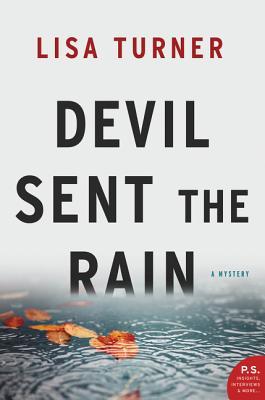 Edgar Award nominee and bestselling author Lisa Turner’s hard-boiled Detective Billy Able returns in this dark Southern mystery about the murder of a dazzling Memphis socialite—and the scandals revealed in the wake of her death
The heart can be an assassin. Detective Billy Able knows that from experience.
Fresh from solving Memphis’ most sensational murder case, Homicide Detective Billy Able and his ambitious new partner Frankie Malone are called to a bizarre crime scene on the outskirts of town. A high society attorney has been murdered while dressed in a wedding gown. Billy is shocked to discover he has a very personal connection to the victim. When the attorney’s death exposes illegal practices at her family’s prestigious law firm, the scandal is enough to rock the southern city’s social world.
In a tale of the remnants of Old South aristocracy and entitlement, twisted by greed and vengeance, Billy must confront the secrets of his own past to have any chance at solving the murder of the girl he once knew. But as he seeks the truth, he’s drawn closer to an embittered killer bent on revenge—and eliminating the threat Billy poses.

They say that “the love of money is the root of all evil.” Well, everyone needs roots. And there’s a lot in this mystery about roots, both the monetary kind and the kind where your family has been someplace forever and ever, and all the old prejudices and all the old rivalries are very, very much still alive and kicking in the present.

This is a murder mystery. In so many mysteries, one of the first principles is to “follow the money” to figure out who had motive for, and probably did, the crime. This one is a surprise in that while there is plenty of money to buy a whole barrel full of red herrings, money may be at the root of all evil but it is not at the root of this murder. Exactly.

Caroline Lee is found murdered in her red Camaro in the middle of a herd of bison, wearing a wedding dress. That would be enough for sensation-seeking media to run with right there, but Caroline is also the daughter of one of the most prestigious families in Memphis, and is a lawyer at her family’s elite law firm. So there’s the lurid possibility of scandal in high society to add to the admittedly bizarre scenario of her death.

There’s a lot of pressure on the Memphis P.D., and especially Detectives Billy Able and Frankie Malone, to solve this case ASAP. Which is the last thing they are able to do. There are too many wealthy and influential people trying to muddy the waters from the very beginning, and too many possible suspects and motives.

That Caroline was Billy’s first love, back when they were teenagers, does not exactly add to his objectivity. And Frankie’s newbie impulsiveness doesn’t help either of them stay out of trouble with the powers-that-be. But they are still the best the MPD has, so they are on the case.

It could be Caroline’s embarrassed ex-fiancee, who had been stalking and harassing her for weeks. It could be the father of her unborn child, who doesn’t seem to have been the ex-fiancee. It could be either her mother or her brother, who are oh-so-obviously covering up something dirty in the wake of Caroline’s death. It could even be something related to the mysterious disappearance of her cousin five years ago. Or none of the above.

It’s up to Billy Able to sort through the tangle of lies, deceit, longstanding grievances and family ties before it all gets swept under the rug – along with his and Frankie’s careers.

Escape Rating A-: I read this in a single evening. Once I started I absolutely couldn’t stop. Devil Sent the Rain is a terrific combination of police procedural with Southern mystery, and was absorbing from beginning to end. Which also came as a nearly complete surprise and had almost nothing to do with anything I expected, yet was still set up within the story. The clues were all there, and I missed them, as did the detectives for most of the book, and for good reasons.

There is so much money floating around in this story that it seems like it must be the motive. It blows the reader away when it isn’t. 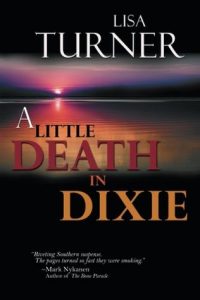 Much of the story revolves around the detective’s ties to the victim and her family, and his own roots in the area. While it is clear that there are previous stories featuring Detective Billy Able (A Little Death in Dixie and The Gone Dead Train) it is not necessary to have read the previous books to get deeply into Devil Sent the Rain.

I haven’t read them, but after this absorbing mystery, I surely do intend to.

Billy’s ties to the victim and her family all date back to his childhood and adolescence, long before he became a police detective. But investigating the murder of one’s first love has to be right up there as any investigator’s worst nightmare. It clouds his judgment and sends him down a few too many wrong paths, but in a way that drags the reader right along with him.

One thought on “Review: Devil Sent the Rain by Lisa Turner”