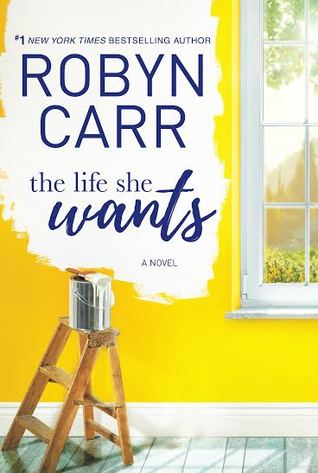 #1 New York Times bestselling author Robyn Carr creates an emotional and uplifting ensemble of characters in this rags-to-riches-to-rags novel about women, friendship and the complex path to happiness
In the aftermath of her financier husband's suicide, Emma Shay Compton's dream life is shattered. Richard Compton stole his clients' life savings to fund a lavish life in New York City and, although she was never involved in the business, Emma bears the burden of her husband's crimes. She is left with nothing.
Only one friend stands by her, a friend she's known since high school, who encourages her to come home to Sonoma County. But starting over isn't easy, and Sonoma is full of unhappy memories, too. And people she'd rather not face, especially Riley Kerrigan.
Riley and Emma were like sisters—until Riley betrayed Emma, ending their friendship. Emma left town, planning to never look back. Now, trying to stand on her own two feet, Emma can't escape her husband's reputation and is forced to turn to the last person she thought she'd ever ask for help—her former best friend. It's an uneasy reunion as both women face the mistakes they've made over the years. Only if they find a way to forgive each other—and themselves—can each of them find the life she wants.

The roots of this story will sound familiar to readers. If Bernie Madoff had been the kind of silver fox portrayed in Mad Men, and if he’d had a trophy wife instead of his original wife (I keep looking for a better way to put that and coming up short), you might get a story like Emma Shay Compton’s.

Her late husband seems to have been second only to Madoff in the size and chutzpah of his Ponzi scheme. And if it hadn’t been for the bursting of the real-estate bubble that leads up to the Recession, he might not have been caught.

But Emma Shay is innocent of his crimes. She was chosen to be Richard Compton’s trophy wife (by his mistress!) because she was young, beautiful, naive and vulnerable. Emma was completely cut off from any support network before she married the late and unlamented bastard.

Her job was to look pretty and ask no questions. Now that the whole rotten mess has been exposed, and over-exposed, she can look back and see all the questions that she should have asked, but didn’t. And maybe she bears a tiny amount of guilt there. But the fact is that she didn’t know and her wealthy and powerful husband deliberately kept her in the dark. And he was very, very good at deceiving people.

But now it’s all over. When his last stash was finally discovered, Richard Compton committed suicide and left his young widow to deal with the mess. Both literally and figuratively.

The bones of his estate have been picked clean, and all of his ill-gotten gains that could be found have been returned to as many of his bilked investors as possible. Emma, feeling horribly guilty leaves the marriage with not much more than she brought into it. A couple of boxes of dishes, linens and towels, just enough clothes to get by, and the $9,000 in savings she started with.

So Emma goes home. Not to her parents’ home, because they are both long dead. But to the town where she grew up. Everyone already knows her there, and the scandal, she hopes, has been long chewed over. After all, she left in scandal 16 years ago, so this isn’t new. Just bigger.

Emma goes home to face the scene of her biggest betrayal, and the mistake that set her on the course she is desperately trying to get off of. Only to discover that nothing has been forgotten, and nothing has been gotten over.

Before she can move on in the present, she has to face the past. The former best friend who betrayed their friendship by getting pregnant with Emma’s boyfriend’s baby. Emma has to face not just that betrayal, but the child that might have been hers, and everyone she left behind.

Patching up that old, deep hurt is the first step to the future, not just for Emma, but for all of them. But lancing the pain of that wound may be more agony than any of them can bear to face.

Escape Rating B+: If the Madoff scandal had a love child with Nickel and Dimed, you might get some of the struggle in this book. Emma is a mostly innocent victim in all of this, but the people who are desperate to get a piece of something back from her dead husband don’t see her that way. And the stink of scandal that follows her makes her unemployable. She isn’t getting by on minimum wage at, let’s call it Burger Thing.

Her only salvation is her old friend Riley, the girl who betrayed her so horribly way back when. They both have to eat a lot of crow to make that even possible, but it’s a serving of crow that heals them both.

Although there is a romance in The Life She Wants, the “she” in that title applies to both Emma and Riley. Emma is looking for an authentic life, after years of dreams and denial amidst the jet set high-life. Riley needs to find peace. There is no question that she betrayed Emma all those years ago – but she’s spent her life turning her anger at herself outward, and blaming everyone around her – most of all Jock, the boy they both loved.

Jock, like Emma and Riley, has grown up but can’t move on. The difference is that Jock is willing to admit his part in the whole mess. But over the years of co-parenting his and Riley’s daughter Maddie, Jock has realized that his biggest mistake was with Riley. He’s loved her all along, and keeps hoping for a second chance. Riley hasn’t forgiven him for what was admittedly a whole lot of cowardly behavior when he was all of 18, and refuses to see the person he is now.

The past is holding all of them back, but Riley most of all. When she finally admits her part of what went wrong, they can all start to heal. The happy ever afters all around are very definitely earned.

I’m giving away a copy of The Life She Wants to one lucky US commenter: 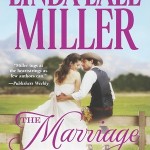 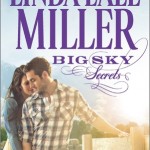 11 thoughts on “Review: The Life She Wants by Robyn Carr + Giveaway”