Happy New Year! And thank goodness 2016 is OVER! Although I read something very scary earlier this week saying that we can look forward (HAH!) to a whole string of years just like this one when it comes to the stars and heroes of our youth dropping dead all over the place. The theory is that the Baby Boomer generation, or at least the ones who became famous, were much, much harder on their bodies than stars of earlier eras. Too many lived the sex, drugs and rock and roll lifestyle, and the ones that have survived this long are paying for it now. As theories go, it’s depressing and it really, really sucks. I hope it’s wrong. We’ll certainly find out in the years ahead.

But it does remind me. When I did my 2016 Best Books post I used fire numbers, because, as so many people did, I wanted 2016 to die in a fire. I just wish I could have found the 2017 numbers as the Four Horsemen of the Apocalypse for my 2017 Most Anticipated post tomorrow. I had to settle for candle flames. Dammit.

The winner of Say Goodbye for Now by Catherine Ryan Hyde is Susan N.
The winner of the $10 Book or $10 Gift Card in the Midwinter’s Eve Giveaway Hop is Jana L. 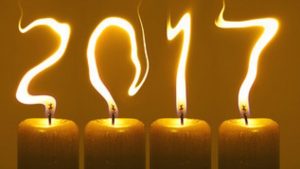 17 for 2017: My Most Anticipated Books of 2017
Someone to Love by Mary Balogh (review)
Diffraction by Jess Anastasi (blog tour review)
Weapons of Math Destruction by Cathy O’Neil (review)
My Father and Atticus Finch by Joseph Madison Beck (review)