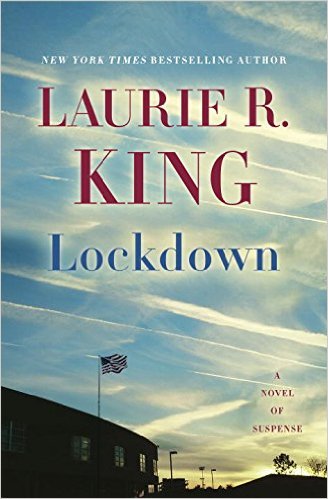 A classroom is held hostage by someone with a thirst for revenge in this stunningly intricate, ripped-from-the-headlines novel of rich psychological suspense from the New York Times bestselling author of the Mary Russell mysteries.
Career Day at Guadalupe Middle School: a day given to innocent hopes and youthful dreams. A day no one in attendance will ever forget.
New York Times bestselling author Laurie R. King is an award-winning master of combining rich atmospheric detail with riveting, keen-edged mystery. Now, in her newest standalone novel of psychological suspense, King turns her sharp eye to a moment torn from the headlines and a school under threat. A year ago, Principal Linda McDonald arrived at Guadalupe determined to overturn the school's reputation for truancy, gang violence, and neglect. One of her initiatives is Career Day--bringing together children, teachers, and community presenters in a celebration of the future. But there are some in attendance who reject McDonald's bright vision.
A principal with a secret. A husband with a murky past. A cop with too many questions. A kid under pressure to prove himself. A girl struggling to escape a mother's history. A young basketball player with an affection for guns.
Even the school janitor has a story he dare not reveal.
But no one at the gathering anticipates the shocking turn of events that will transform a day of possibilities into an expolsive confrontation.
Tense, poignant, and brilliantly paced, Laurie R. King's novel charts compelling characters on a collision course--a chain of interactions that locks together hidden lives, troubling secrets, and the bravest impulses of the human heart.

Lockdown was a surprise. In the end, it was nothing like I expected. Also, in the end, absolutely fascinating. Just not in the way that I expected at the beginning.

I was not expecting Holmes and Russell. Not that I wouldn’t love another entry in that series, but I knew this wasn’t it.

Instead, Lockdown is a story that starts out slowly and picks up steam, much as Guadalupe Middle School Principal Linda McDonald starts her day out early but slowly and ends with an exhausted rush at the end of this long and very surprising day.

It’s Career Day at Guadalupe, and Linda expects something to go wrong. Because, well, middle school. Take a whole herd of sixth, seventh and eighth graders, all rushing headlong into puberty at varying rates, mix well and throw them all together into a single steaming pot. It’s a guaranteed recipe for trouble at the best of times and in the best of places. The San Felipe neighborhood that Guadalupe serves is neither. And the varying differences of circumstances and misery that surround the students reflects both on their hyper-hormonal age group and the mostly working class racial melting pot neighborhood that surrounds them.

And in the middle of it all are two long-simmering tragedies. At the beginning of the school year, sixth grader Bee Cuomo went missing, and has neither been found, seen or heard from in the months since. And last year gang-leader Taco Alvarez murdered Gloria Rivas in cold blood, witnessed by two of Guadalupe’s students – Gloria’s sister Sofia and her friend Danny Escobedo. As the school prepares for Career Day, Taco’s trial is also proceeding, while his young cousin, still a Guadalupe student, tries to figure out what he owes to a cousin he both fears and worships.

But as the day moves forward and winds up to its explosive conclusion, the story peeks into the lives of every standout character in the school. That exploration begins with the Principal and her husband, from their surprising meeting in the jungles of Papua New Guinea to his rather murky past as a gun-for-hire. But everyone involved has secrets of their own, from the janitor who keeps the school running in some mysterious ways to the Coach who tries his best to save young boys before their eyes go completely dead to the students themselves.

They say that all happy families are alike, but that unhappy families are each unhappy in their own ways. And we see that here as their worlds collide with explosive violence, and it all goes wrong. But some things, after all, go right.

Escape Rating A-: At first, I wasn’t sure where this story was going. Based on the blurbs, it was pretty obvious that it was going to end in a school shooting, but I’ll admit to being completely misled about the shooter and their motivation until the very end.

And it does go slowly at first. There are a lot of characters, and a lot of tiny, individual portraits to sort through. At the beginning it felt as if the only characters we lingered on long enough to get a clear picture were Linda McDonald and her very mysterious husband Gordon Kendrick. Through Linda’s memories, we see their first meeting, and it’s obvious from the very beginning that Gordon has a very big secret that is finally catching up with him. It takes a while before that secret finally bites him in the ass, and the way that it happens just adds to the drama.

There are a lot of threads to this story. As the focus shifts from person to person, we see the way the wind blows. But there is more than enough misdirection for the reader to think that the explosion is coming from a completely different direction than it actually is.

The school is faced with so many crises, and both the students and their guardians have so many violent secrets. It’s not surprising that something erupts, only the how and the when are mysterious. Even the why becomes a bit obvious early on, or at least the reader thinks it does.

I went down the wrong path for a long time, and at the end was forced to back up and see where I missed the fork in the road. The misdirection was very well done. 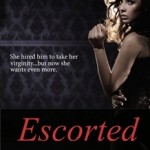 One thought on “Review: Lockdown by Laurie R. King”