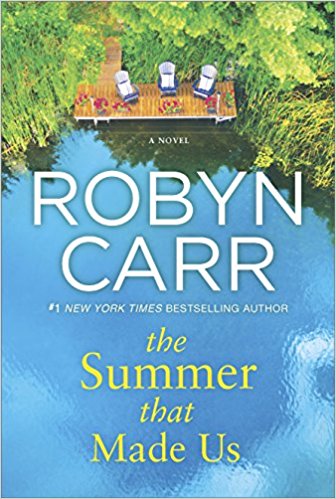 Mothers and daughters, sisters and cousins, they lived for summers at the lake house until a tragic accident changed everything. The Summer That Made Us is an unforgettable story about a family learning to accept the past, to forgive and to love each other again.

For the Hempsteads, summers were idyllic. Two sisters who married two brothers and had three daughters each, the women would escape the city the moment school was out to gather at the family house on Lake Waseka. The lake was a magical place, a haven where they were happy and carefree. All of their problems drifted away as the days passed in sun-dappled contentment. Until the summer that changed everything.

After an accidental drowning turned the lake house into a site of tragedy and grief, it was closed up. For good. Torn apart, none of the Hempstead women speak of what happened that summer, and relationships between them are uneasy at best, hurtful at worst. But in the face of new challenges, one woman is determined to draw her family together again, and the only way that can happen is to return to the lake and face the truth.

Robyn Carr has crafted a beautifully woven story about the complexities of family dynamics and the value of strong female relationships.

This is a story that will get you right in the feels. It certainly did me. And it will probably make you feel all the feels as well, as the story runs from tragedy to hope, if not to triumph, and hits every emotional stop along the journey.

Most of all, it’s a story about one particular extremely dysfunctional family, and their attempt to get to the heart of at least some of their dysfunctions and heal, before it’s too late.

And it’s about one final gift that one member of that family gives to herself, and to everyone that she has to leave behind.

The story begins with Charley and Megan, who seem more like sisters than cousins – possibly because they sorta/kinda are. Once upon a time, a young mother began bringing her two daughters to Lake Waseka, one of the 10,000 lakes of Minnesota, every summer. The two Hempstead girls, Louisa and Jo Anne, had the time of their lives. When those girls grew up, they continued the family tradition, bringing their daughters to the lake, until the summer when it all went smash.

Lou and Jo married Chet and Ray, two sisters marrying two brothers. Continuing to outwardly mirror each other’s lives, they each had three daughters, alternating years, so that the six girls looked more like stair-step sisters than cousins. Even double-cousins.

But their lives weren’t as similar as they seemed. And neither were they. Lou’s husband was boring but responsible and respectable, while Jo’s was every woman’s bad-boy dream, in more ways than one. Ray was an alcoholic and a conman, and every woman’s bicycle – not that he would have thought of it quite that way. Lou was strong and decisive, while Jo was soft and often needed direction. Apart, they drifted into the extremes of their natures, with Lou turning sharp and angry, and Jo being the world’s doormat.

Those summers kept them grounded, and they helped each other stay strong in their broken places. Until they shattered, one summer night, when Lou’s youngest daughter, 12 year old Bunny, drowned on the lake in a tragic accident.

Twenty-seven years later, the cottage is still closed up, Lou and Jo are still estranged, and every single one of the remaining girls, their now grown up daughters with children of their own, are, in one way or another lost or dysfunctional.

Megan decides to spend her very last summer trying to patch the broken places in her family. With her waning energy, she gets everyone back to the lake for one last summer, in the hopes that if they can go back to where it all went wrong, they’ll have one last chance to patch things back together.

To be each other’s strength in all their broken places once more.

Escape Rating A-: As much as I deride the term, The Summer That Made Us is a stellar work of women’s fiction. The story is all about this group of women, their feisty grandmother, their battling mothers, the troupe of sister-cousins, and even their own daughters, and all the myriad ways that those relationships have played out over time, both good and bad.

The men in this story are merely supporting characters, and spend most of the story off-stage, whether in another city or a cemetery. There’s plenty of trauma that relates all the way back to the Judge, Grandma Berkey’s husband who was Lou and Jo’s father. He’s certainly dead, and thank goodness for that!

While there is a romance in this story, the romance itself is a sub-sub-sub-plot. But it is important both as part of one sister’s healing, and as part of clearing up one of the mysteries of Charley’s last time at the lake.

But at that beginning, all the relationships seem to be going to hell in a handcart, and it’s a bit of a hard read to get through. Nothing seems to be looking up, and some of the interactions are downright painful.

As things begin, every single member of the family is damaged in one way or another. And all in ways that seem to trace their origins back to Bunny’s death and the abandonment of those idyllic summers at the lake. But the girls were all girls at the time, ranging up from Bunny to somewhere in their teens. They all saw those lake summers as perfect, and were not necessarily aware of all the tensions running underneath, especially the roiling tensions between Lou and Jo.

Bunny’s death was not the only thing that went wrong that summer. But after it, nothing went right. And unfortunately for everyone, one of the underlying dysfunctions of the entire family was that no one ever talked about what was really wrong.

One of the things that is so terrific about this story is that even though it all went wrong and the same time and in the same place, for each one of the women that wrongness burst out into entirely different directions. All of the women, even in the end Lou, appear as ultimately sympathetic and surprisingly unique characters. They never seem alike, they are not cookie-cutters of each other. Each one is distinct, both in their voice and in their manifestation of the family dysfunction.

And that’s the biggest problem they have to work with. Or against. Until they can finally share all the separate pieces of that broken story, none of them will be able to heal.

At the beginning of The Summer That Made Us, it feels like this one, last summer on the lake is Charley’s gift to Megan. But in the end, this summer turns out to be one final gift that Megan gives to Charley, and everyone in her family.

I’m very pleased to be able to give away a copy of The Summer That Made Us to one lucky US or Canadian commenter. I hope that the winner enjoys the story as much as I did. 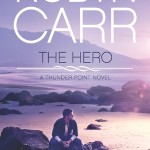 Review: The Hero by Robyn Carr

11 thoughts on “Review: The Summer that Made Us by Robyn Carr + Giveaway”