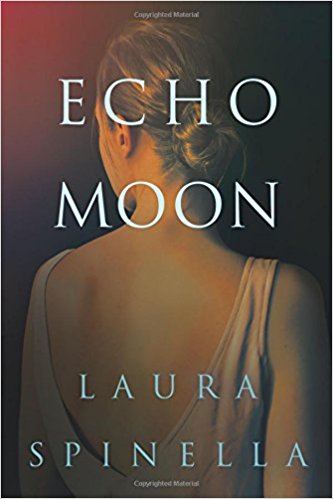 A past life, a past war, and a past love. Peter St John can’t foresee a future until he confronts his past sins.

When photojournalist Peter St John returns home after a two-year absence, the life he’s been running from catches up. For years his mother’s presence, coupled with Pete’s own psychic gift, has triggered visits to 1917. There, he relives battles of the Great War, captures the heyday of Coney Island on canvas, and falls in love with an enchanting and enigmatic songstress named Esme. Present-day Pete still pines for Esme, and his love endures…but so does his vivid memory of killing her.

When he discovers family heirlooms that serve as proof of his crimes, Pete will have to finally confront his former life. He also meets a young woman—who is more than what she seems—with a curious connection to his family. As century-old secrets unravel, can Pete reconcile a murder from his past before it destroys his future?

Echo Moon is a haunting story about the way that the past can quite literally haunt the present. Or at least Peter St. John’s present. And fair warning, I’m going to use the word “haunting” a lot in this review, because it’s the only one that really fits.

Pete has a gift, or a curse depending on one’s perspective, of being able to speak to the dead. He receives messages, and his receipt is beyond his control. As this story opens, Pete himself is running out the edges of his control. 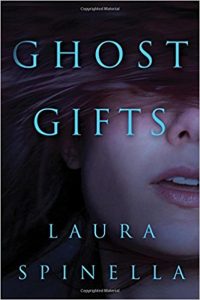 While his mother Aubrey receives what they call “ghost gifts” from the past, Pete remembers his entire previous life – or at least his previous life up to the point where he murdered the woman he loved.

He can’t escape his visions of that past, and he can’t manage to escape his love for the beautiful, talented and ultimately doomed Esme Moon. Esme was a singer and medium in World War I era New York City, and Pete vividly remembers both loving her and killing her.

When his mother inherits a New Jersey beach shack from his grandmother, who worked the traveling carnivals in her own youth, Pete’s past and his present collide. In the uncertainty of whether he’s losing control or losing his mind, Pete finally lets himself explore the history that he has refused to acknowledge, no matter where it leads.

They say the truth will set you free. Pete needs the truth to make him whole – in one century or another.

Escape Rating B+: Although this is not strictly a time-travel story, the atmosphere in Echo Moon reminds me an awful lot of that classic, lyrical work of time travel, Time and Again by Jack Finney. It’s not the time period, but both stories have that strong bittersweet sense of the past haunting and looming over the present. Richard Matheson’s equally classic Bid Time Return (filmed as Somewhere in Time) also has that same bittersweet romantic feel.

But more than the time travel, Echo Moon reminds me of Robin D. Owens’ Ghost Seer series, which begins (naturally enough) with Ghost Seer. Clare Cermak’s gifts are very similar to Pete St. John’s, without the overwhelming sense of guilt that haunts Pete. After all, while Clare can lay the ghosts of her assigned era to rest, she isn’t responsible for turning them into ghosts in the first place. 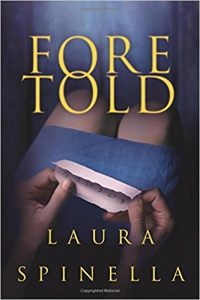 Echo Moon is the third book in the Ghost Gifts series, although those first two books (Ghost Gifts and Foretold) feature Pete’s mother Aubrey and not Pete himself. Not having read those first two books, it took me a while to get into this one. It’s not that the action doesn’t pick up easily, or that what happens to Pete is truly reliant on what happened to his mother – or at least not exactly and certainly not at the beginning.

But not having already been immersed in the family’s history, the events here didn’t have quite the resonance they otherwise might have. We know that Pete is running from himself, but the reasons why aren’t as deep as they eventually become once the reader becomes invested in Pete’s story and especially Pete’s trauma.

Having PTSD because of events one experienced in a previous life is not the way that textbook definitions of PTSD usually go – and that makes it all the more difficult to treat or resolve.

In the end, the story does suck even the newbie reader into its web of romance, intrigue and mysticism. Once that happens, the story moves fast, as neither Pete nor the reader are ever quite sure whether the past is merely influencing the present or actively impinging on it or whether Pete has just finally lost it altogether.

When he finds it, and himself, it makes for a lovely ending.

I am giving away a signed copy of Echo Moon to one lucky US/Canadian commenter on this tour!