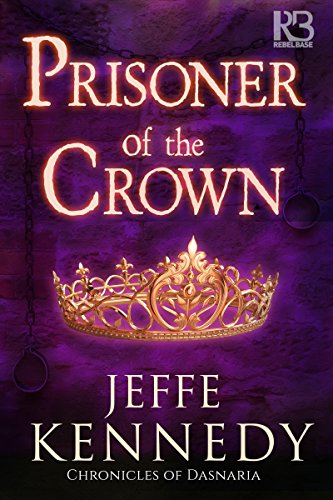 She was raised to be beautiful, nothing more. And then the rules changed . . .   In icy Dasnaria, rival realm to the Twelve Kingdoms, a woman’s role is to give pleasure, produce heirs, and question nothing. But a plot to overthrow the emperor depends on the fate of his eldest daughter. And the treachery at its heart will change more than one carefully limited life . . .   THE GILDED CAGE Princess Jenna has been raised in supreme luxury—and ignorance. Within the sweet-scented, golden confines of the palace seraglio, she’s never seen the sun, or a man, or even learned her numbers. But she’s been schooled enough in the paths to a woman’s power. When her betrothal is announced, she’s ready to begin the machinations that her mother promises will take Jenna from ornament to queen.   But the man named as Jenna’s husband is no innocent to be cozened or prince to charm. He’s a monster in human form, and the horrors of life under his thumb are clear within moments of her wedding vows. If Jenna is to live, she must somehow break free—and for one born to a soft prison, the way to cold, hard freedom will be a dangerous path indeed…   Praise for The Mark of the Tala   “Magnificent…a richly detailed fantasy world.” —RT Book Reviews, 4½ stars, Top Pick   “Well written and swooningly romantic.” —Library Journal, starred review

This book comes with ALL the trigger warnings. Jenna’s story is not for the faint of heart, should not be read with the lights off, and probably should not be read just before bedtime. She has to survive a nightmare before she begins to step into the light, and reading her travails just before one’s own bedtime is likely to result in some epic nightmares.

I didn’t even risk it.

It’s not just that the women of the imperial seraglio in Dasnaria are kept in a prison. Albeit a gilded, perfumed prison with regular, excellent meals as well plenty of companionship and entertainment. They are pampered pets who are raised not to even be aware that they are pets and playthings and not even considered exactly people.

It’s that Jenna is first abused by her own mother, who whips her, poisons her and punishes her to train her to survive what the outside world will do to her. And who is using Jenna to further her own ends and extend her own power.

Then Jenna is married off in a strategic alliance to a man who has murdered his four previous wives – because they couldn’t survive his constant abuse. Jenna’s parents, her father the emperor and her mother the empress, know that King Rodolf is a man who is only sexually aroused by beating women into terrified submission. All the emperor asks is that Jenna’s new husband refrain from damaging her face when he can see it.

The only “help” she gets from her mother is a servant who will provide her with enough drugs to keep the pain and terror at bay.

Jenna’s life is hard to bear, and difficult to read about. Just as she has reached the point where a quick death seems like her best option, her brother opens the bars of her cage, and sets her on the journey to freedom. 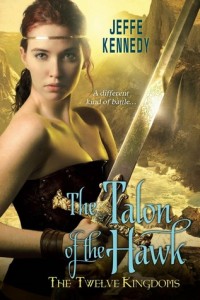 We’ve met her brother Harlan before in the Twelve Kingdoms series, of which The Chronicles of Dasnaria is an offshoot. A grown-up Harlan, exiled from his father’s kingdom of Dasnaria, becomes the consort of Princess Ursula in the absolutely marvelous The Talon of the Hawk.

Escape Rating B+: This is a hard book to rate, because Jenna’s journey from pampered child to determined woman take her through one dark place after another. We feel for her, we want better for her, but we spend most of the book terrified that she isn’t going to get anything approaching that better.

Although Harlan certainly provides a big assist, in the end, Jenna rescues herself, and that’s important for her story and her journey. She begins the book as a child who does not look beyond her cage, and ends by taking her life into her own hands and breaking free.

What makes the story so difficult to bear is that we see the cage tighten around her for so much of the book. Her hard-won freedom barely has time to register before the book ends – while clearly the story does not. She has taken just the first few steps on a journey that is far from over, but readers will have to wait until September to see how Jenna handles and protects her dearly-bought freedom. It’s going to be an exasperating wait. 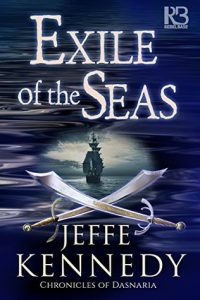 But for those who have not read the previous series, The Twelve Kingdoms and its followup The Uncharted Realms, this is not a bad place to start as all of the action in this story takes place before The Mark of the Tala, the first book in the Twelve Kingdoms opens. We do meet both Harlan, the hero of The Talon of the Hawk, and Kral, the hero of The Edge of the Blade, as young men. In Harlan’s case, very, very young as he’s only 14 in Prisoner of the Crown. Prisoner, at least, presupposes little previous knowledge of this world. However, I suspect that the future books in the Dasnaria series are going to edge closer to the time period of The Twelve Kingdoms. If you get caught up in Jenna’s journey, there’s plenty of time to catch up with the rest of this world before the next book.

Jenna’s journey continues in Exile of the Seas. And I can’t wait to continue it with her. 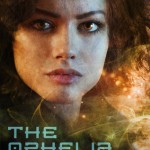