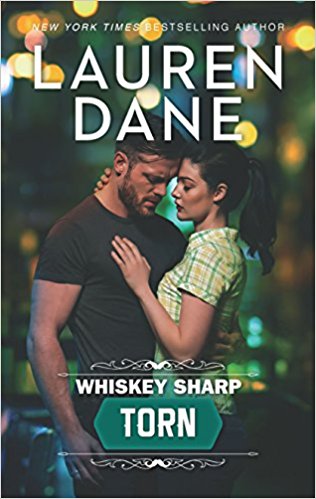 Sometimes what you find isn’t what you were searching for...

Beau Petty has been searching his whole life. Searching for a place that fills all the empty spaces in him. Searching for a way to tame the restlessness. Searching for answers to the secret he’s never stopped trying to solve. What he wasn’t searching for was a woman to claim all of him, but when Cora Silvera walks back into his life, he’s ready to search out all the ways he can make her his.

Cora has spent her life as the family nurturer, taking care of others. But now she’s ready to pass that job on to someone else. It’s time to make some changes and live for herself. It’s in that moment that her former teenage crush reappears and the draw and the heat of their instant connection is like nothing either of them has experienced. He craves being around her. She accepts him, dark corners and all.

Beau thinks Cora’s had enough drama in her life. He wants to protect her from the secrets of his past, even if it means holding back the last pieces of himself. But Cora is no pushover and she means to claim all those pieces.

On the one hand, this was a terrific airplane book. I mean that literally, as I read most of it while on an airplane between New Orleans and Atlanta. (And it’s GREAT to be home!) 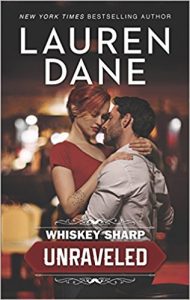 On that other hand, I feel a bit like I got into this story in the middle. Torn is the third book in the Whiskey Sharp series, after Unraveled and Jagged. And while I have both of those books, I haven’t found the round tuit to actually read them – at least not yet.

As the first two books feature the Dolan sisters, and the heroine of Torn is their bestie but not another sister (at least not by birth), I’m not completely sure how much I missed by not having read the first books first. I liked what I got, I liked it a lot, but I wonder how much of Cora’s weird family dynamic was explored in the earlier books since they both feature people other than Cora’s weird family.

As Torn opens, Cora finds herself torn, hence the title, between her continue her role as the family nurturer and quite honestly peacekeeper, and her desire to make a life for herself. Until now, Cora has been handling two high-stress jobs. The one she loves, being the manager of the family art gallery, and the one that needs her, being their uber-demanding mother’s professional keeper.

Cora’s mother Walda is a celebrated artiste who still travels the world creating her art. She’s also a high-maintenance manipulator who wants Cora to be at her beck and call every minute of every day, and basically throws a temper tantrum when she isn’t. The entire family, all of Cora’s siblings and her dad, have left Cora to pick up all of their slack in this department – and its a lot of slack.

It’s time for everybody to grow up and step up, including Cora. Her own peacemaking tendencies make it difficult for her to say no, but this time she must if she’s to ever have a life of her own, not to mention keep her own sanity.

Into Cora’s bid for independence walks Beau Petty. Strictly speaking, Beau walks back in. Beau met Cora and Walda several years ago, when he lived in the same apartment building. At that time, Cora was 15 and had a massive crush on Beau. Beau was 21, barely an adult, but already well on his way in his twin careers of being a model and celebrity chef.

(Personally I’m still having a hard time fitting those two careers together.)

While Cora has a demanding family, Beau has a tormenting and sometimes literally demanding past. But when then meet after all those years, their chemistry is instantaneous. So in spite of all the reasons why neither of them has ever been in a serious relationship before, they suddenly find themselves all in, with no desire to step back.

Only a desperate need to keep their respective demons from bringing an end to the best thing that has ever happened to either of them.

Escape Rating B+: I loved the romance between Cora and Beau. They were terrific together, and I really bought their quick attraction and almost instant falling together. That they had known each other before kept the romance from falling completely into insta-love territory. They were great characters and they really clicked together.

I also enjoyed the family of choice that they had gathered around themselves separately, and how easily their worlds blended together. It was even better when the bouncy and beautiful Jezzy-dog entered their lives.

Cora’s family brought a lot of drama llamas – technically her mother is a whole herd of drama-llamas all by herself. At the same time, Walda is a great portrait of the artist as a complex and complicated pain in the ass. Walda needs to be the center of attention, she’s incredibly and often obnoxiously manipulative, but at the same time she manages not to be the villain.

It’s not just that Cora understands why Walda is the way she is and does what she does. Cora does an excellent job of not giving in while still being both supportive and loving to her mother. And as the story continues, we see that Walda does actually love her family and can be very supportive. It’s not a one-dimensional portrait.

Beau’s situation is the part that I found a bit frustrating. Beau was raised as the heir-apparent of a quasi-religious cult. When he got old enough to start questioning things, he was ex-communicated and abandoned, but his father and the ringleaders managed to escape a couple of steps ahead of the FBI. There are LOTS of charges against the group, including kidnapping, child endangerment, child abuse and rape. But the entire group has been successfully hiding for years now. Beau is determined to find them because they hold his children, even though those children are now adults. Beau wants contact – the cult wants money, and every so often those two wants coincide, as they do in this story. I found the results of the encounter unsatisfying, and there was no definitive conclusion.

While I realize that might be true-to-life, this is fiction and I want to see things worked out – and for the best. I hope that there is a firmer resolution at some point later in the series.

Even with the very indefinite ending to Beau’s long search, I still found the romance between Beau and Cora to be lots of fun and a great distraction on a rather bumpy ride. I’ll be back to read the rest of the series.