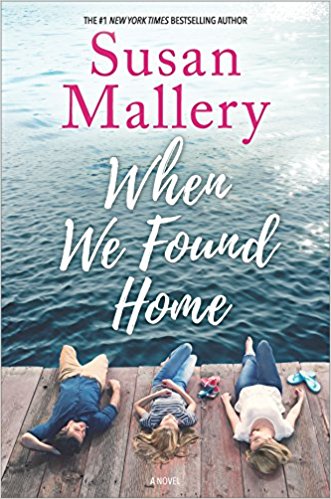 Life is meant to be savored, but that's not easy with no family, limited prospects and a past you'd rather not talk about. Still, Callie Smith doesn't know how to feel when she discovers she has a brother and a sister--Malcolm, who grew up with affection, wealth and privilege, and Keira, a streetwise twelve-year-old.

Callie doesn't love being alone, but at least it's safe. Despite her trepidation, she moves into the grand family home with her siblings and grandfather on the shores of Lake Washington, hoping just maybe this will be the start of a whole new life.

But starting over can be messy. Callie and Keira fit in with each other, but not with their posh new lifestyle, leaving Malcolm feeling like the odd man out in his own home. He was clever enough to turn a sleepy Seattle mail-order food catalog into an online gourmet powerhouse, yet he can't figure out how to help his new sisters feel secure. Becoming a family will take patience, humor, a little bit of wine and a whole lot of love.

But love isn't Malcolm's strong suit... until a beautiful barista teaches him that an open heart, like the family table, can always make room for more.

In this emotional, funny and heartfelt story, Susan Mallery masterfully explores the definition of a modern family--blended by surprise, not by choice--and how those complicated relationships can add unexpected richness to life.

When We Found Home is an absolutely lovely story. In the same way that this author’s Daughters of the Bride was also a very lovely story. The two are not connected, but if you liked the one you’ll like the other and vice-versa.

When We Found Home is a story about family. The family in this book is a bit unusual, as they discover that they are family rather late into each of their lives.

To put it bluntly, the late Jerry Carlesso was a man-whore. He clearly could not keep it in his pants under any circumstances whatsoever. The only saving grace to the man was that he never married, so at least he wasn’t cheating on a wife while he traveled the country and left children behind in his wake.

Three of them, to be precise. And Jerry’s father, Alberto is determined to find them all and make them family.

Malcolm’s mother found them Alberto first, back when Malcolm was 12. Now he’s 34 and the heir to Alberto’s successful high-end mail-order Italian food empire, Alberto’s Alfresco. Alberto’s private detective found little Kiera a couple of months before the story opens. She’s 12 and her own mother is dead. Kiera was discovered in foster care.

Kiera’s adjustment from being lost in the foster system to being very nearly a fairy tale princess is not going well. She’s the only child in a houseful of adults, her world has shifted completely off its axis, and her big brother is keeping her at arm’s length because he doesn’t know what to do with this sudden influx of 12-year-old sister. And he doesn’t believe he’s any good at relationships.

The story begins with the introduction of the last sibling, 26-year-old Callie. Callie made a terrible mistake as a teenager, and took the fall for a very skanky boyfriend who committed armed robbery. Callie spent 5 years incarcerated, but in the three years since her release she has done her best to start a new life. A life that is sorta/kinda working when Alberto’s lawyer finally tracks her down in Houston.

It’s a very rough journey for this family-lost-at-birth to become a family-of-choice. While Keira and Callie bond fairly quickly, it takes a bit of work for Malcolm to work out his issues with their shared parent, get the stick out of his ass, and upgrade his original status from “asshole brother” to “jerky brother” to just “big brother”.

And they all need a little help along the way. Help that they manage to get, and eventually accept, from the second best thing that ever happens to any of them.

Becoming a real family is the first best thing. 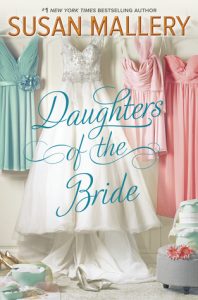 Escape Rating A-: Just like when I read Daughters of the Bride a couple of years ago, When We Found Home was absolutely the right book at the right time. While yesterday’s book was just about perfect, it did turn out to be a bit angstier (and meatier) than I was expecting. When We Found Home had just the right amount of fun and froth while having a bit of meat on its bonesand plenty of heart.

There are two romances in this story, but the romances are not the point of the story. Rather it’s the other way around. The healing that becoming a family brings to the lives of both Malcolm and Callie allows them to accept and cherish the romantic love that enters both of their lives.

All of the adults in this story have plenty of baggage that they need to work through before any of them are ready to become a family or reach anything close to an HEA.

Callie’s past seems the most difficult. She made a huge mistake – and she paid for it. But even though she has theoretically paid her debt to society, that same society makes her keep paying for that mistake over and over and over. As much as she needs the helping hand of her family and her grandfather, she’s afraid to trust it will last – because she doesn’t feel like she deserves it.

Kiera and Callie bond because they have some of the same fears. Not that 12-year-old Kiera is a convicted felon, but that she’s been abandoned before and is afraid that all this good fortune can’t possibly last.

Malcolm seems like he has it all, but he is still recovering from a heartbreaking betrayal by those he trusted. It’s difficult for him to reach out to anyone, and he nearly loses his sisters because of it.

It’s not so much that they all grow up, as that their hearts all grow three sizes in the course of the story. They do a lot of self-examination, they lift each other up, and they figure out that they are a family after all.

And that’s how they earn their happily ever after.

For a taste of When We Found Home, please check out this excerpt! 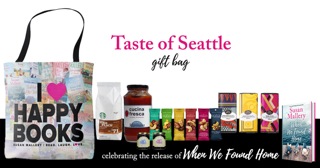 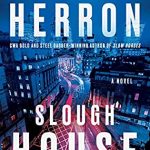 15 thoughts on “Review: When We Found Home by Susan Mallery + Giveaway”