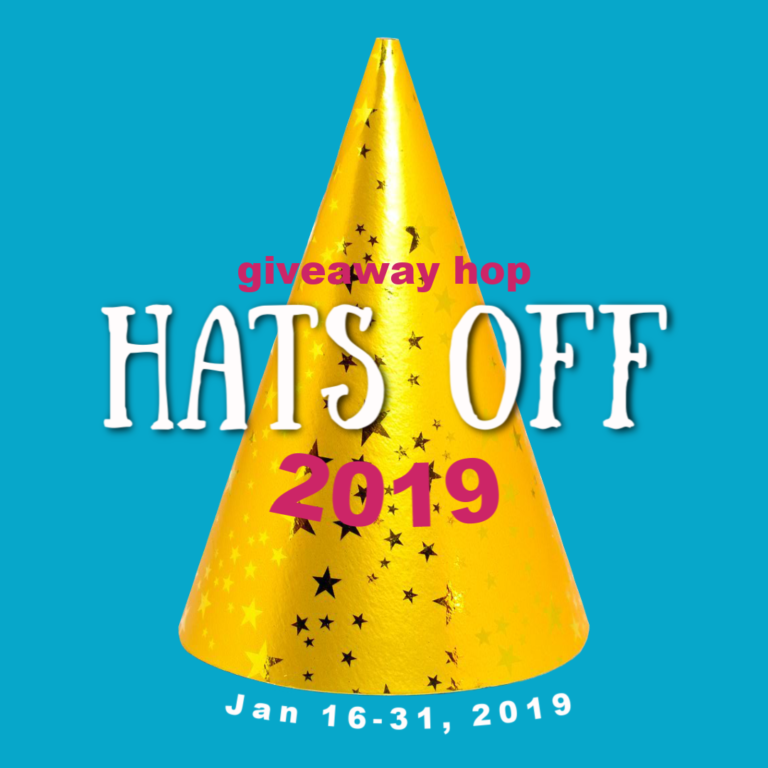 Welcome to the Hats Off Giveaway Hop, hosted by Mama the Fox!

It’s that time again. Time to settle back into so-called “normal” life after the hustle and bustle of the holidays. Or, for those who look at the holidays as a time to relax, time to get back on the treadmill, or back to the rat race, or whatever feels like “normal” to you.

When we lived in Alaska, the problem with January was that there wasn’t nearly enough daylight, it’s bloody damn cold, it’s been winter since early October and it’s going to BE winter until mid-April. Not that it’s any different in December, but in December I didn’t notice it so much because of the holidays. Even for someone who doesn’t celebrate Xmas, those lights are excellent for brightening and cheering the place – any place – up for a bit.

January was just gloomy. And cold. Did I mention cold?

So I’m happy to be in Atlanta, where winter generally deals a mere glancing blow to the area – and where we have sunshine most days even if it is just a tad chilly some of the time. But even 30 above zero is a huge improvement over 30 BELOW zero. I’ll take it.

But back to normal. Or whatever passes for normal in your neck of the woods. For me, normal life and January are usually marked by two things. The first is that the publishers come back to life after the holidays, and the new Spring and Summer books absolutely pour into NetGalley and Edelweiss.

The second is the American Library Association Midwinter Conference, which is usually held sometime in January, and often someplace that is just too damn cold in the winter. Last year was Denver. BRRRR! This year it’s in one of my old stomping grounds, Seattle. Where it will probably be a bit gray and gloomy, and rainy, but hopefully not blizzardy with snow. Next January will be Philly. BRRRR again. BRRRR I say. BRRRR!

What about you? What makes you feel like life is “back to normal” after the holidays? Answer in the rafflecopter for your choice of either a $10 Amazon Gift Card or a book, up to $10 US in value, from the Book Depository.

For more terrific prizes, be sure to visit the other stops on this hop!

186 thoughts on “Hats Off Giveaway Hop”