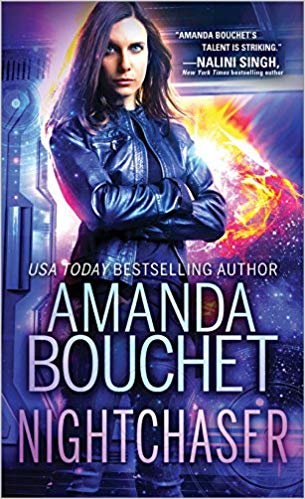 Captain Tess Bailey and her crew of Robin Hood-like thieves are desperate and on the run. Pursued by a vicious military general who wants them dead or alive, Tess has to decide if she can trust Shade Ganavan, a tall, dark and arrogant stranger with ambiguous motivations.

Shade Ganavan had oodles of arrogance, oodles of charm, and oodles of something that made me want to kick him in the nuts.

What Tess and Shade don’t know about each other might get them killed…unless they can set aside their differences and learn to trust each other—while ignoring their off-the-charts chemistry.

Nightchaser reminds me of so many skiffy (science fictional) things that it’s hard to pick one. Or even two or three.

Particularly in the beginning, there’s a whole lot of Firefly. Not so much that you need to be familiar with the show to get the book, not at all. The characters and the setting of Nightchaser are most definitely capable of standing on their own.

However, if you do have fond memories of Firefly, the beginning of the story has a lot of similar elements. Or to put it another way, if Captain Mal Reynolds and River Tam were one slightly crazed and depressed person you’d end up with someone a lot like Tess Bailey. The big difference is that Tess’ highly sought-after anomalies are physical rather than mental. And not that Tess isn’t a bit mental, but in her case that’s the effect and not the cause of her troubles.

We meet Tess and the crew of her cargo ship Endeavor as they are on the run from the forces of the tyrannical and repressive Galactic Overlord, in the person of her uncle Bridgebane. He’s hunting Tess because her father, the aforementioned Galactic Overlord, wants her back so he can turn her back into a lab rat. There’s something “different” about Tess and he wants it studied, used and abused.

Tess has just stolen a secret lab filled with samples of her own blood, mutated into serum intended to create supersoldiers, along with one of the supersoldiers. Daddy Dearest wants the lab – and Tess – back.

Tess and her crew pilot their ship into a black hole, intending to escape or die trying.

But first, the Endeavor has to hole up on a planet – any planet – to repair the damage the Overseer’s battlecruisers have done to her. And that’s where fate, or at least romance, in the person of Shade Ganavan steps in.

Shade is a parts dealer with a whole lot of secrets and an unexpected yen for Tess Bailey. A situation that gets a whole lot more complicated when his secret life as a government bounty hunter lets him know that Tess is a prize worth enough to solve all the problems he’s been working on for ten years.

He just has to give up the best thing that’s ever happened to him to cash in. And he can’t manage to decide which he wants more – to buy back his family’s lost legacy – or Tess.

His indecision lasts one little bit too long – forcing him into an unplanned reveal, an unintended betrayal, and the loss of everything he ever wanted.

Because if Tess recovers, she’s not going to want him back. Not even if he brings back her cat.

Escape Rating A-: Nightchaser does remind me of Firefly – and a whole lot of other marvelous SF and SFR adventures. If you’ve read Ann Aguirre’s Grimspace series, or Nina Croft’s Blood Hunter/Dark Desires series, or Linnea Sinclair’s Dock Five Universe, you’ll find pieces of all of them in Nightchaser. Along with a bit of the rebels vs. the evil empire that is such an integral part of Star Wars.

But those are all terrific antecedents, so anything that’s made of parts of them starts at a pretty awesome place.

A big part of this story is the setting up of the SFnal universe in which this series takes place. We kind of jump right into the action, with the crew of the Endeavor on the run, and then Tess making her dramatic speech and big reveal just before they leap to what seems like certain death – only to discover that it isn’t.

After that we get a slightly more leisurely introduction to this universe, as they dock at planet Albion 5 for repairs. Not only do we meet our hero Shade, but through Tess’ eyes we see how not just this planet but this universe actually works. We get onboard with the tyranny of the Overseer, and through Tess’ interactions with people other than Shade we learn just how awful things are, and not just why Tess is part of the rebellion but why there needs to be a rebellion in the first place.

Tess’ interactions with the bookstore owner make the problems both intimate and universal at the same time. Imagination is illegal, books are censored, and bookstores are fined and hassled at every turn. And yet, the woman can’t stop trying.

And she gives Tess a cat! Bonk provides many of the necessary bits of both sweet and comic relief – even as he takes off on an unexpected adventure of his own.

But this is also a romance between two very broken people. Tess and Shade are strong and brittle, broken in so many ways that run deeper than the way that the Overseer and his “Brownshirts” make sure that everyone is to too broken down to resist. Neither of them trusts easily, and when Shane betrays Tess’ trust our hearts break with her.

That they live to fight another day – even after all the secrets seem to be revealed and all the depths appear to be plumbed – is bittersweet. The cost to win this undeclared war is going to be very high – and Tess will be at the center of paying it. 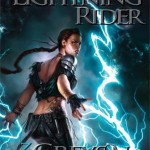 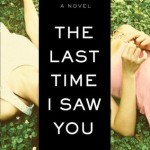 Review: The Last Time I Saw You by Eleanor Moran
Review: The Wanderer by Robyn Carr

One thought on “Review: Nightchaser by Amanda Bouchet”