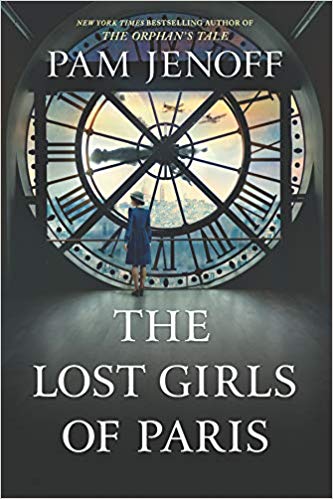 From the author of the runaway bestseller The Orphan’s Tale comes a remarkable story of friendship and courage centered around three women and a ring of female spies during World War II.

Grace Healey is rebuilding her life after losing her husband during the war. One morning while passing through Grand Central Terminal on her way to work, she finds an abandoned suitcase tucked beneath a bench. Unable to resist her own curiosity, Grace opens the suitcase, where she discovers a dozen photographs—each of a different woman. In a moment of impulse, Grace takes the photographs and quickly leaves the station.

Grace soon learns that the suitcase belonged to a woman named Eleanor Trigg, leader of a ring of female secret agents who were deployed out of London during the war. Twelve of these women were sent to Occupied Europe as couriers and radio operators to aid the resistance, but they never returned home, their fates a mystery. Setting out to learn the truth behind the women in the photographs, Grace finds herself drawn to a young mother turned agent named Marie, whose daring mission overseas reveals a remarkable story of friendship, valor and betrayal.

Vividly rendered and inspired by true events, New York Times bestselling author Pam Jenoff shines a light on the incredible heroics of the brave women of the war, and weaves a mesmerizing tale of courage, sisterhood and the great strength of women to survive in the hardest of circumstances

I seldom do excerpts but I made an exception in this case for two important reasons. The first is that I am also part of the review tour for this book, so I will be reviewing The Lost Girls of Paris in a couple of weeks. The other reason is more personal, I’m away as this is being posted, so I was happy to have the opportunity to post this ahead. That being said, I enjoyed The Orphan’s Tale tremendously, so I’m looking forward to reading more of this author’s work!

Excerpt from The Lost Girls of Paris by Pam Jenoff

But Eleanor simply nodded in confirmation. “I know.”

“You’ve sat in that same café every day, haven’t you?” Grace nodded. “You should stop that, by the way. Terrible habit. Varying one’s routine is key. In any event, you sit there and read books in French and one of our people noticed and thought you might be a good recruit. We followed you back to work, learned who you are. We ran you through the cards, found you qualified, at least for initial consideration.” Marie was stunned; all of this had been going on and she’d had no idea. “We have finders, recruiters looking for girls who might be the right sort all over Britain. But in the end I decide if they are the right sort to go. Every single one of the girls passes through me.” There was a note of protectiveness in her voice.

“You might,” Eleanor said carefully. “You’ve got the proper credentials. But in training you’ll be tested and see if you can actually put them into use. Skills on paper are useless if you don’t have the grit to see it all through. Do you have any political allegiances of your own?”

“None. My mother didn’t believe in…”

“Enough,” Eleanor snapped. “Don’t answer a question with any more than you have to.” Another test. “You must never talk about yourself or your past. You’ll be given a new identity in training.” And until then, Marie thought, it would be as if she simply didn’t exist.

Eleanor held open the door to the toilet. Marie walked through into a study with high bookshelves. A black phone sat on a mahogany desk. “You can call here.” Eleanor remained in the doorway, not even pretending to give her privacy. Marie dialed the operator and asked to be connected to the post office where Hazel worked each day, hoping she had not yet gone home. She asked for Hazel from the woman who answered.

Then a warbling voice came across the line. “Marie! Is something wrong?”

“Everything’s fine,” Marie reassured quickly, so desperately wanting to tell her the truth about why she had called. “Just checking on Tess.”

“I’ll fetch her.” One minute passed then another. Quickly, Marie thought, wondering if Eleanor would snatch the phone from her hand the moment five minutes had passed.

Marie smiled, imagining her playing around the pigeonholes. “Good girl.”

“And just two more days until I see you.” Tess, who even as a young child had an acute sense of time, knew her mother always came on Friday. Only now she wouldn’t be. Marie’s heart wrenched.

“Let me speak to your auntie. And Tess, I love you,” she added.

But Tess was already gone. Hazel came back on the line. “She’s well?” Marie asked.

“She’s brilliant. Counting to a hundred and doing sums. So bright. Why just the other day, she…” Hazel stopped, seeming to sense that sharing what Marie had missed would only make things worse. Marie couldn’t help but feel a tiny bit jealous. When Richard abandoned her and left her alone with a newborn, Marie had been terrified. But in those long nights of comforting and nursing an infant, she and Tess had become one. Then, she’d been forced to send Tess away. She was missing so much of Tess’s childhood as this bloody war dragged on. “You’ll see for yourself at the weekend,” Hazel added kindly.

Marie’s stomach ached as though she had been punched. “I have to go.”

Fearful she would say more, Marie hung up the phone. 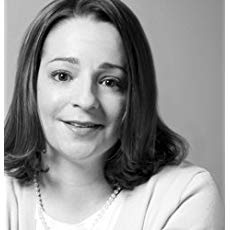 Pam Jenoff was born in Maryland and raised outside Philadelphia. She attended George Washington University in Washington, D.C., and Cambridge University in England. Upon receiving her master’s in history from Cambridge, she accepted an appointment as Special Assistant to the Secretary of the Army. The position provided a unique opportunity to witness and participate in operations at the most senior levels of government, including helping the families of the Pan Am Flight 103 victims secure their memorial at Arlington National Cemetery, observing recovery efforts at the site of the Oklahoma City bombing and attending ceremonies to commemorate the fiftieth anniversary of World War II at sites such as Bastogne and Corregidor.

Following her work at the Pentagon, Pam moved to the State Department. In 1996 she was assigned to the U.S. Consulate in Krakow, Poland. It was during this period that Pam developed her expertise in Polish-Jewish relations and the Holocaust. Working on matters such as preservation of Auschwitz and the restitution of Jewish property in Poland, Pam developed close relations with the surviving Jewish community.

Pam left the Foreign Service in 1998 to attend law school and graduated from the University of Pennsylvania. She worked for several years as a labor and employment attorney both at a firm and in-house in Philadelphia and now teaches law school at Rutgers.

Pam is the author of The Kommandant’s Girl, which was an international bestseller and nominated for a Quill award, as well as The Winter Guest, The Diplomat’s Wife, The Ambassador’s Daughter, Almost Home, A Hidden Affair and The Things We Cherished. She also authored a short story in the anthology Grand Central: Original Postwar Stories of Love and Reunion. She lives outside Philadelphia with her husband and three children.

2 thoughts on “Spotlight + Excerpt: The Lost Girls of Paris by Pam Jenoff”