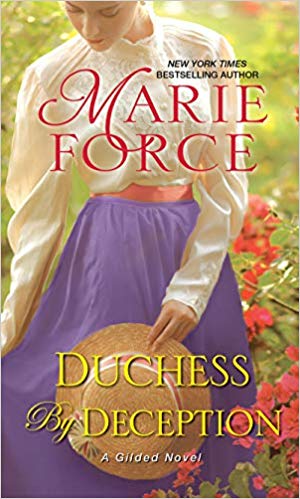 In New York Times bestselling author Marie Force's dazzling historical romance debut, the clock is ticking for a wealthy Duke who must marry by his thirtieth birthday—or lose his title...

Derek Egan, the dashing Duke of Westwood, is well aware of his looming deadline. But weary of tiresome debutantes, he seeks a respite at his country home in Essex—and encounters a man digging on his property. Except he's not a man. He's a very lovely woman. Who suddenly faints at his feet.

Catherine McCabe's disdain for the aristocracy has already led her to flee an arranged marriage with a boorish Viscount. The last thing she wants is to be waylaid in a Duke's home. Yet, she is compelled to stay by the handsome, thoughtful man who introduces himself as the Duke's estate manager.

Derek realizes two things immediately: he is captivated by her delicate beauty, and to figure out what she was up to, Catherine must not know he is the Duke. But as they fall passionately in love, Derek's lie spins out of control. Will their bond survive his deception, not to mention the scorned Viscount's pursuit? Most important, can Catherine fall in love all over again—this time with the Duke?

I finished Duchess by Deception feeling sadly disappointed. I wondered if it might be me, that this might be a genre that just didn’t work for me anymore. Because I expected a whole lot better from the author of the Fatal romantic suspense series.

Then I looked at some of the other reviews on Goodreads and discovered that I am far from alone in my feelings. Which leaves me feeling better about the other historical romances in my virtually towering TBR pile – but somewhat at a loss for words about this book.

Duchess by Deception is a historical romance that includes an extended ride on the “Troperville Trolley”. There are enough all-too-common tropes and cliches packed into this book for three stories – and it might have been better if it had been three separate stories.

Because there are three stories here. The first is the one about the Duke of Westwood and his nuptial deadline. If he doesn’t marry by the day of his 30th birthday he’ll be forced to relinquish the title in favor of his nasty, greedy, grasping uncle. And his birthday is at the end of the week as the story begins.

So of course he runs off to his country estate instead of staying in London to find a bride. He discovers a young man digging holes at his estate who is immediately revealed to be not merely female but actually a damsel in distress who is on the run from a fate worse than death.

Yes, my eyes are rolling.

That they fall instantly in love is, of course, a given.

Then the misunderstandammits start rolling in. Because he doesn’t tell her he’s a duke since she hates the aristocracy, even though she is part of it. And he doesn’t tell her he has to marry by the end of the week because, well, he’s already lying to her about being the duke’s estate manager instead of the duke himself.

So when the dastardly villain her father has literally sold her to starts investigating the area around the duke’s estate, he whisks her away to Gretna Green for a hasty marriage over the anvil.

Then the same thing nearly happens to her sister. And that’s not the half of it.

Escape Rating D+: I haven’t dragged the D+ out in a while. I didn’t so much finish this book as skim it to see how it ended. Because there is a third plot thread that is even crazier than the first two.

There’s a whole lot of insta-love going on here, well past the point where it’s believable or even plausible. Not only does the duke fall instantly for his future duchess when she faints in his arms, but then his cousin falls equally precipitously for her sister across a crowded ballroom.

We don’t have a chance to see either relationship actually develop. What we do get is a lot of sex scenes substituting for the development of the romance. I like a good sex scene as much as the next romance reader, but porn-without-plot is not a substitute for an actual plot. YMMV.

The villains of the piece were both caricatures, and yes, there are two. One is a leering pig of a villain, and the other is a greedy, grasping, murderous villain. Who have no relationship to each other. Which stretches the long arm of coincidence a bit too long for a single book.

And both women forgive their father for selling them to the leering pig WAY too easily.

This story had promise. Actually, it had multiple promises. It just didn’t live up to any of them. 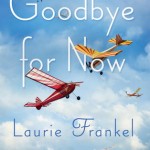 6 thoughts on “Review: Duchess by Deception by Marie Force”