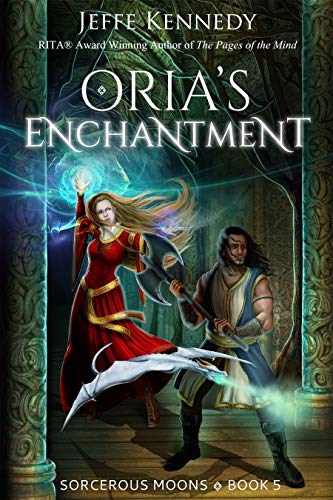 With her secrets uncovered and her power-mad brother bent on her execution, Princess Oria has no sanctuary left. Her bid to make herself and her new barbarian husband rulers of walled Bára has failed. She and Lonen have no choice but to flee through the leagues of brutal desert between her home and his—certain death for a sorceress, and only a bit slower than the blade.

A Race Against Time

At the mercy of a husband barely more than a stranger, Oria must war with her fears and her desires. Wild desert magic buffets her; her husband’s touch allures and burns. Lonen is pushed to the brink, sure he’s doomed his proud bride and all too aware of the restless, ruthless pursuit that follows…

A Danger Beyond Death…

Can Oria trust a savage warrior, now that her strength has vanished? Can Lonen choose her against the future of his people? Alone together in the wastes, Lonen and Oria must forge a bond based on more than lust and power, or neither will survive the test… 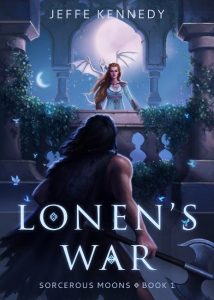 This series began back in Lonen’s War with Princess Oria being betrayed by her own brother, an event that echoes down the entire length of the series so far.

In this latest book in the series, events have almost, but not quite, come full circle, as this title is named for Oria, but the events that it encompasses revolve around Prince Lonen’s brother and his betrayal of Lonen.

But a whole lot of things have happened along the way. Oria, the princess-bird freed from her gilded cage, will have to come into the power that she does not even believe she has in order to save both of their kingdoms – and both of themselves, as well.

Lonen has to grasp his duty and his destiny – even if, or especially because – he needs to leave Oria behind in order for her to be able to leap ahead and save them both.

If she survives a testing process directed by dragons. Either she finally masters her power – or they will destroy her before she destroys everything around her – including herself.

Escape Rating B+: Oria’s Enchantment is the fifth book in what was originally listed as a trilogy – and the story isn’t done yet. It’s turning out to be “trilogy times two”. So a Hexology, or a dual-trilogy, or a sextet.

Sextet feels appropriate, as the Sorcerous Moons series, whatever you call it, is a fantasy romance that does some very interesting things with sex and seduction. Lonen and Oria’s marriage begins as a marriage of convenience because her magic will not allow anyone else to touch her skin-to-skin without causing her tremendous pain. That their relationship changes from cautious allyship to a true marriage in spite of that limitation – and just how far and how sensuously they manage to skate the edge of that restriction, has been steamy as well as fascinating.

About the story as a whole – the story is a whole. By that I mean that the Sorcerous Moons “series” feels like one long story rather than a series of even slightly separate books. Like the Lord of the Rings, where the story that begins in Fellowship ends in Return of the King. The ending of Fellowship is merely a pause as that book does not tell a complete story in and of itself.

So it is with Sorcerous Moons, This is one story from its beginning in Lonen’s War to what looks like will be its ending in the next book, Lonen’s Reign. So start at the beginning and not anywhere in the middle. The individual books are relatively short – so the compilation of the whole is only a moderately sized tome. 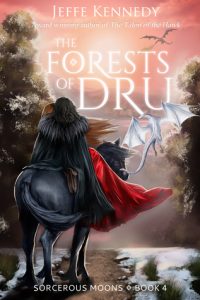 The part of the story that takes place in Oria’s Enchantment is a rise from the “waiting game” that occurred in the previous book in the series, The Forests of Dru. That book felt like the trough of the entire story arc, and now we’re on the rise that leads to the conclusion.

Things finally happen here, although mostly in the second half of the book. The first half is a “road story”, of which there have been many in this series. Lonen and Oria do a LOT of travelling, in order to fix what’s wrong in either one kingdom or another – and to give them time to bond as a marital partnership.

It’s in the second half of this story that events begin to ramp up, as Oria finally takes control of her power and her destiny while Lonen forces himself to do the right thing for the kingdom he never expected to rule.

I can’t wait for what should be the epic conclusion to this series in Lonen’s Reign. Because Lonen and Oria are going to have to make a lot of war to fix everything that’s wrong in both Bara and Dru! 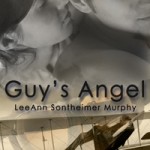 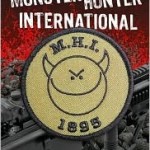 One thought on “Review: Oria’s Enchantment by Jeffe Kennedy”