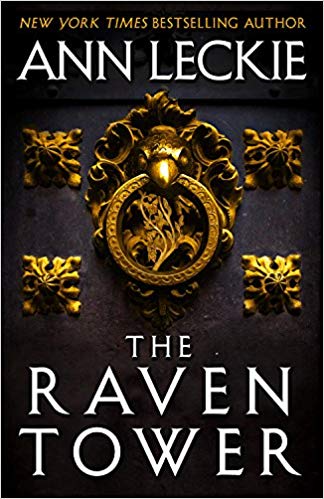 Gods meddle in the fates of men, men play with the fates of gods, and a pretender must be cast down from the throne in this breathtaking first fantasy novel from Ann Leckie, New York Times bestselling author and winner of the Hugo, Nebula, and Arthur C. Clarke Awards.

For centuries, the kingdom of Iraden has been protected by the god known as the Raven. He watches over his territory from atop a tower in the powerful port of Vastai. His will is enacted through the Raven's Lease, a human ruler chosen by the god himself. His magic is sustained via the blood sacrifice that every Lease must offer. And under the Raven's watch, the city flourishes.

But the power of the Raven is weakening. A usurper has claimed the throne. The kingdom borders are tested by invaders who long for the prosperity that Vastai boasts. And they have made their own alliances with other gods.

It is into this unrest that the warrior Eolo--aide to Mawat, the true Lease--arrives. And in seeking to help Mawat reclaim his city, Eolo discovers that the Raven's Tower holds a secret. Its foundations conceal a dark history that has been waiting to reveal itself...and to set in motion a chain of events that could destroy Iraden forever.

Quoth the Raven, “Nevermore” and that’s pretty much how I feel about this book. Quote me as disappointed. I expected so much from this book after the awesome Imperial Radch series – but I did not get it. And damn but I’m sad about that.

The story is, for the most part, a familiar one. The heir to the kingdom returns from service at a contested border. He’s received a message that his father the king is dying, and he needs to be back in the capitol to see him one last time and for the handover of power.

But when he enters the capitol he discovers that nothing is as its supposed to be. His father is missing and his uncle has taken the throne, seemingly peacefully and with the full agreement of the other power brokers in the kingdom.

In spite of the kingdom being more of a theocracy than a kingdom, where the ruler is not called king but is the voice of the local godling for as long as he lives, the story is one that has been done before.

In fact, the story is being told by the godling, both to the reader in its first-person perspective, and to the aide in the second person. So the godling tells big parts of the story as “I” and other parts as “you”.

One of the things this author is known for is her inventive uses of voice, but this particular variation, while technically interesting, and more than a bit meta, is distancing for the reader, who is not, after all, the aide.

(That would make this self-insert fanfiction and I don’t even want to go there. Or even in the region of there.)

The godling’s first person narrative actually works better than the second-person narrative – at least we know what the godling is thinking and where it’s coming from – even if it is just a big rock and doesn’t move.

But, and it is a very big but, the godling’s perspective begins at the beginning of time in this world and comes to the present day in its own good time. After all, as a big rock, that has sentience but has chosen not to have mobility – it has nothing but time and takes the long view of everything.

The feeling I got as a reader was as if James Michener decided to write fantasy, as many of his longer books (Centennial, Alaska, etc.), start with the rocks, and move through the geologic and prehistoric ages much as The Raven Tower does. I loved his books, but I was always grateful when the first animals would appear because it finally gave me a perspective I could almost identify with. Not to mention the plot usually started to move at that point – along with the animals.

I should be saying “I digress” at this point, but it doesn’t feel like I did. Make of that what you will.

Escape Rating C: I wanted to like this so much, and I just didn’t. The experiment with voice was interesting but distancing rather than compelling as it was in Ancillary Justice. The injection of the godling’s perspective allowed for a fascinating bit of deus ex machina at the end, involving a quite literal deus, but it takes a LONG time to get there and not nearly enough happens along the way.

There was so much that could have been done here. A lot is said about the way that words have power, and it’s interesting and different but also adds to the distancing. The godling has learned that its words have the power of truth in that if it says something that is not true its power will be sacrificed to make it true. If it says a large or impossible truth, that sacrifice may consume all of its power.

As a consequence, much of its own story is told with the preface, “Here is a story that I have heard.” so that it never runs the risk of claiming that something is true that is not. While this is logically consistent from its perspective within the context of the story, it does add a layer of remove to the storytelling.

In the end, interesting but neither compelling nor absorbing. I will say that the reviews vary widely. Those that love it really, really love it. Those that don’t really, really don’t and there’s not much middle ground. If you like experimental fiction or metafiction in your fantasy, give it a try and see what you think.

One thought on “Review: The Raven Tower by Ann Leckie”