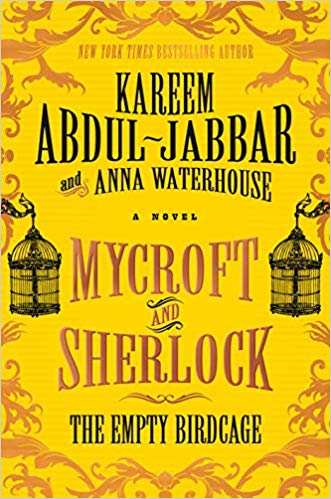 It is 1873, and as the economies of Europe threaten to crumble, Mycroft Holmes finds himself in service to the Crown once again. A distant relative of Queen Victoria has been slain by the Fire Four Eleven killer, a serial murderer who leaves no mark upon his victims, only a mysterious calling card. Meanwhile, Sherlock has already taken it upon himself to solve the case, as his interest in the criminal mind grows into an obsession.

Mycroft begrudgingly allows Sherlock to investigate, as Ai Lin—the woman he is still in love with—needs his aid. Her fiancé has been kidnapped, and the only man who might know his fate is a ruthless arms dealer with a reputation for killing those who cross him. Mycroft persuades his friend Cyrus Douglas to help find the young man, but Douglas himself is put in harm’s way.

As Sherlock travels the country on the hunt for the Fire Four Eleven murderer, both he and Mycroft will discover that the greed of others is at the root of the evil they are trying to unearth… 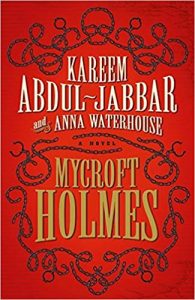 In this third book in the Mycroft Holmes and Sherlock series – after the marvelous Mycroft Holmes and Mycroft and Sherlock – we have the portrait of the bureaucrat as a young and still surprisingly slender and exceedingly insufferable young man alongside the portrait of the detective as an even more insufferable young man. We also see their sibling rivalry at full flower – and it’s not a pretty sight.

Absolutely fascinating, but not pretty at all. Mycroft is enough years older than Sherlock that he expects to be respected and obeyed by his younger brother while Sherlock is both intelligent enough to know his own mind and already detached enough from his own emotions and any thought of social consequences to respect little and obey no one unless it serves his still developing ends.

We’re not there yet, but we’re getting there. At the point in their lives when this story takes place, Mycroft is in his mid-20s and Sherlock is nearing 20 – and attempting to escape the confines of academia at Oxford.

As was true in Mycroft and Sherlock, there are two cases in this story. As it is Mycroft’s series rather than Sherlock’s, Mycroft’s case is both more important and takes up more of the story, while Sherlock’s, although important, doesn’t have quite the same consequences.

As fits the lives they are growing into, Mycroft’s case has international ramifications, while Sherlock’s is entirely local to England and fits more into his canon of detective stories. Sherlock is after a diabolically clever serial killer, a case that it not out of his later line but is currently stretching both Mycroft’s patience and Sherlock’s growing abilities.

Mycroft, on the other hand, is after an international arms dealer who is trying to start a war between China and Japan. The stakes are much higher for Mycroft, and not just because his beloved Britain will inevitably get dragged into any conflict on one side or the other if only to protect their power in India and the subcontinent.

But the part of the plot that twists Mycroft into knots is the danger to the woman he loves but cannot have. Her fiance is either a catspaw or conspirator in the plot. Mycroft thinks he’s caught on the horns or a dilemma between love and duty – only to find that the place he’s truly caught is between conflicting hells. 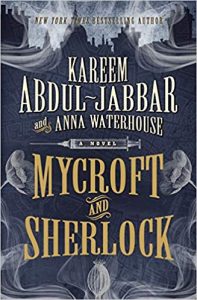 Escape Rating A-: Unlike the previous two books in the series, this is one that I listened to all the way through. I believe that the narrator, Damian Lynch, is intended to represent the older, calmer, and more dispassionate voice of Cyrus Douglas in his narration, and he does an excellent job representing Douglas as narrator and chronicler as well as voicing the considerably younger and more excitable Holmes’ Brothers.

Not that Douglas doesn’t have his own important part to play in this case – among his other duties he acts as Mycroft’s conscience. A conscience that Mycroft definitely needs but listens to less and less. Which is part of him becoming the man we know from his first appearance in the canon, The Adventure of the Greek Interpreter – at least in personality if not in physical aspect.

Sherlock’s case, while being as convoluted as any in the Conan Doyle stories, is a relatively straightforward case of investigation. The fascination in observing Sherlock in this story is in watching as he is in the process of developing the methods we are familiar with. He is young, he is still learning, and he is almost certainly making it up as he goes along. He’s already traveled a good way towards becoming the persona we’re familiar with, but he’s still in the process of creating the methodology that made him famous. He also still makes a lot more mistakes.

But the heart of this story, in more ways than one, is the case that Mycroft is pursuing. We see him on his way to becoming the spider at the heart of Britain’s web of intelligence and operation. His entree into this case is through the young Chinese woman Ai Lin, a woman that he loves but knows that he cannot marry – and vice versa. They would be cast out of both of their cultures in ways that neither is willing to risk.

So he is resolved to do his best for her, to find her fiance who has become embroiled in the arms trade and is being offered as a sacrifice so that his employer can continue to deal with both sides of the current Sino-Japanese conflict. Mycroft begins the case somewhat blinded by his affections, and gulled into believing in his own intellectual superiority – only to discover that he’s been mistaken about the later while deciding that he needs to ignore the former – if he can.

His conclusions in the end put him squarely in the midst of this week’s theme, whether or not the ends justify the means, and who gets to decide the answer to that question. Mycroft makes a decision that is arguably the best for the country that he loves and serves, knowing that the cost of that decision will be borne by others who had no part in making it. He believes he is doing the right thing, but there is no one to whom he is accountable.

And the cost is excruciatingly high, and will be paid in ways that Mycroft only becomes aware of as the story closes. Yet we know that he would not change his decisions.

In the Mary Russell and Sherlock Holmes series, this is the central core of Mary’s estrangement from Mycroft. That he believes he sees all, knows all, and makes the best decisions for all, but there are no checks and balances on his decisions and he never has to answer for his actions to anyone. Mycroft has maneuvered himself into a hidden position of absolute power, and everyone knows the saying about about absolute power and the inevitability of it corrupting absolutely.

At the end of Mycroft and Sherlock: The Empty Birdcage, Mycroft is left to deal with the painful consequences of his actions – consequences that I expect to ripple through future books in this series. Books that I eagerly await.