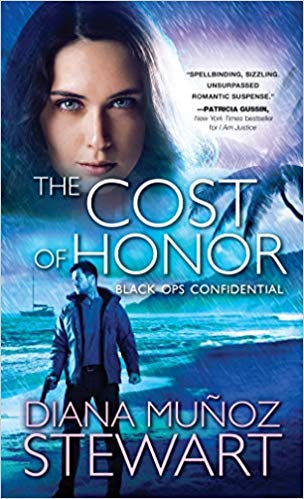 He gave up everything to escape his family

The only male to be adopted into the notorious Parish family, Tony Parish always did right by his vigilante sisters. But when an attempt to protect one of them went horribly wrong, he had to fake his own death to escape his fanatical family. Tony set sail and ended up in Dominica―face to face with the woman of his dreams...

Now he must give up Honor to save her

After the death of her mother, Honor Silva moved to Dominica, where her family could help her heal and move on. But her activist mother left her more than money, she left her proof that could take down one of the richest and most powerful men in the world.

Tony gave up everything he thought he knew when he fled his family. But when a threat too dangerous for Tony and Honor to fight on their own closes in, he has no choice but to go to them for help. Problem is, they'll demand something in return―something that could cost Tony not just Honor, but also the love that changed him forever.

Through a certain lens, all three of this week’s books are wrapped around the question about whether the ends justify the means – and who gets to make that decision. 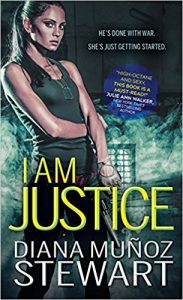 The way that this is worked out in The Cost of Honor, and in the entire Black Ops Confidential series, makes this both a harder and a deeper story than the events on its surface. And a fitting conclusion to the story arc begun in the awesome I Am Justice. (The book is awesome and so is the character of Justice Parrish.)

While some readers have said that this book can be read as a standalone, I’m not totally sure that’s true. Because this story brings full circle the events of that first book, and also adds new layers to the question that was asked in the second book, The Price of Grace.

It’s the question of whether the Parrish family and its League of Warrior Women is just a tight-knit family of adoption – or if it’s actually more of a cult.

That’s an answer I’m not quite sure of by the end of the story. I actually think the question is even more wide open now than it was at the beginning.

The story in The Cost of Honor is the story of one of the few men adopted into that League of Warrior Women – Tony Parrish. A Tony Parrish who either betrayed the family or tried to protect it at the beginning of I Am Justice – and who let his family believe he was dead rather than face the music of that seeming betrayal.

By this point in Tony’s story, he’s been on the run for months. The family he left behind has finally discovered that he didn’t die after all – and they are pissed.

It’s not all about the lie. Well, it is about the lie about him being dead, and the depths of everyone’s grief. But it’s really about the schism that his departure has created in a family that has prided itself on its rock-solid unity for the past 40 years. A unity that has been protected by their ability to erase inconvenient memories and emotions – like the emotions that led to Tony’s disappearance and his memories of a family that acts as judge, jury and executioner on those who have avoided, evaded or co-opted the law.

Because Tony has been found just as he’s found someone worth keeping ALL his memories intact for. But Honor Silva in just the kind of trouble that his family is expert at fixing. Bringing them in will mean that they will “fix” him in return for their help.

The cost of Tony’s honor may be the loss of her. It’s a price that he may be willing to pay – but Honor definitely is NOT. 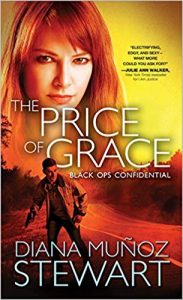 Escape Rating B: I leave this book, and this series, with a whole boatload of mixed feelings. About the size of the boat used in the “big finish” rescue that concludes the action of this story.

There were three parts to this story, the romance between Tony and Honor, Tony’s very real fears of being found by his family and having his memory erased, and the equally real danger that Honor finds herself in just as Tony enters her life.

The romance was sweet and very hot. Extremely hot. While the romantic element of romantic suspense like this series are often fast and adrenaline fueled, the hot-sex-into-love relationship between Tony and Honor feels almost too fast for their characters and has more than a whiff of insta-love to it.

The danger that Honor is in is very real, but felt at first like it came a bit out of the blue. And then the story digs into Honor’s past, and her mother’s past, and keeps on digging. Until it finds itself very near something like the Harvey Weinstein case, only even longer lasting and with even deadlier consequences. This got deeper and darker than I expected, and I mean that in the best way possible.

But then, on my third hand, there’s Tony’s story. He wants to help Honor. He needs to help Honor. And he needs to run from his family who mean well in the broadest sense but may not mean the best for him. In order to protect their secret operations, operations which really, really need to be protected, they’re going to fuck with Tony’s mind and memories.

I don’t know about you, but I’d run too. While the theory behind what they plan to do is something I’ve run across before, it still feels like something that no one should do, particularly in the name of “love” the way that it’s presented here. Even though this does manage to get to a happy ending I found that part extremely troublesome. Every organization needs people who ask hard questions. And we are the product of who we’ve been, both the good and the bad parts. That everything manages to work out in the end felt like someone got let off the hook in a way that sticks in my mind with very troublesome thoughts.

The Parrish family have decided that the end result of protecting their operations justifies the means of messing with their own people’s minds and memories. And I’m troubled by that being the happy ending. Your reading mileage may definitely vary.

This is one to read, and ponder. And keep right on pondering. I still am.

I’m giving away a copy of The Cost of Honor to one lucky US commenter on this tour!

10 thoughts on “Review: The Cost of Honor by Diana Munoz Stewart + Giveaway”