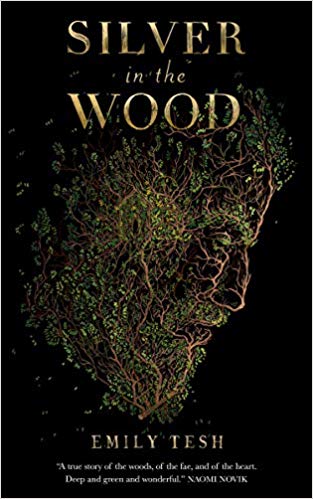 There is a Wild Man who lives in the deep quiet of Greenhollow, and he listens to the wood. Tobias, tethered to the forest, does not dwell on his past life, but he lives a perfectly unremarkable existence with his cottage, his cat, and his dryads.

When Greenhollow Hall acquires a handsome, intensely curious new owner in Henry Silver, everything changes. Old secrets better left buried are dug up, and Tobias is forced to reckon with his troubled past—both the green magic of the woods, and the dark things that rest in its heart.

The title is a pun. I didn’t figure that out until near the end – but it should have been obvious. I was just too caught up in the story to notice.

It is also a charming, and queer, exploration of the “Green Man” myth/legend and takes place at a period when the image – and the mythology behind it – had a bit of a revival.

Like life in the forest of Green Hollow – or Greenhallow – where Henry Silver and Tobias Finch meet each other in the woods, this is a story that moves both quick and slow, following the rhythms of nature and the life of trees – invaded and surrounded by the world of man.

The story takes place in a slightly alternate 19th century – or at least that’s what it feels like. But it has its roots set deep in the past of its place – and deep in the past of Tobias Finch, the keeper and manager of Greenhallow – as he has been for the past four centuries – since his life was tied to the wood.

I say alternate because the world that Tobias explores when he leaves the wood is in the midst of the Industrial Revolution, while at the same time there are plenty of places and pockets of England where the Green Man and other legends even darker are still alive and well and making mischief – and where people still believe in them.

But Tobias doesn’t know that in the beginning. All he knows is that Henry Silver, the new owner of the nearby manor, has invaded his woods looking for myths and legends – and possibly a warm and willing bedmate for the night.

Tobias doesn’t figure out that last bit until much, much later. It’s been a long time since anyone has asked – or offered – or flirted.

They become friends – always with a hint of more. But Tobias is afraid to get too close, not just because he’s one of those myths that Henry has been so disingenuously looking for. Tobias guards Greenhallow against something far older and far more malevolent than even Henry with his love of old legends could possibly imagine.

And just when you think the story is over – then it gets really, really fascinating. And it’s marvelous. 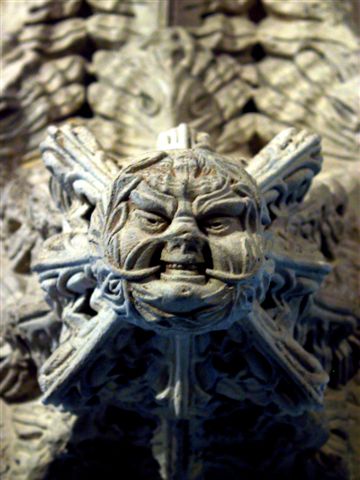 Escape Rating A-: This is a story that is beautiful, and it’s short, and if you want to fall into an atmosphere of myth and legend it’s just perfect. I wish there’d been a bit more but what there is is complete and it’s captivating.

The Green Man is a nature myth – and Tobias surrounds himself with avatars of nature. His best friends – before Henry – are a protective dryad and a self-centered cat. Tobias seems stuck in a role of service as he serves the wood and he certainly serves the cat. (I liked Pearl a lot – she humanizes Tobias and connects him to time in a way that nothing else does – and she’s very cat.)

For a rather slight book it echoed a lot of other books for me. Henry’s pursuit of old legends before they die was a bit like the hero of My Fake Rake – and that’s quite a leap. At the same time, Tobias reminds me of both Tam Lin and Tom Bombadil, who are both nature spirits. There’s a Green Man character in The God of the Hive, one of the books in the Mary Russell and Sherlock Holmes series. The Green Man gets around – in spite of being tied to the woods – and that series also takes place during his revival.

The link back to Tobias’ past adds a bit of shivering chill to the story, while at the same time Henry’s fate reminded me of the fate of Will Turner in the Pirates of the Caribbean movies, tied to a legend – and immortal. I realize that is a bit far out there, but it worked for me.

The early parts of this story move deliberately slowly as they follow Tobias’ perception of time as he is tied to the wood. In the second part of the story time speeds up as Tobias has left the wood and is now part of the workaday world outside it. A world that, during the Industrial Revolution, began to speed up in every way, and the story reflects that well.

At the end, things come full circle. The darkness at the heart of the forest has been vanquished and both Tobias and Henry are free to be who and what they are meant to be – and with each other.