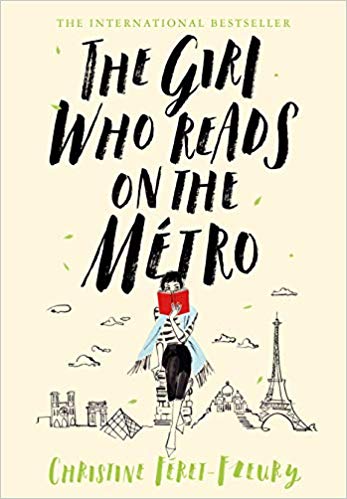 In the vein of Amelie and The Little Paris Bookshop, a modern fairytale about a French woman whose life is turned upside down when she meets a reclusive bookseller and his young daughter.

Juliette leads a perfectly ordinary life in Paris, working a slow office job, dating a string of not-quite-right men, and fighting off melancholy. The only bright spots in her day are her metro rides across the city and the stories she dreams up about the strangers reading books across from her: the old lady, the math student, the amateur ornithologist, the woman in love, the girl who always tears up at page 247.

One morning, avoiding the office for as long as she can, Juliette finds herself on a new block, in front of a rusty gate wedged open with a book. Unable to resist, Juliette walks through, into the bizarre and enchanting lives of Soliman and his young daughter, Zaide. Before she realizes entirely what is happening, Juliette agrees to become a passeur, Soliman's name for the booksellers he hires to take stacks of used books out of his store and into the world, using their imagination and intuition to match books with readers. Suddenly, Juliette's daydreaming becomes her reality, and when Soliman asks her to move in to their store to take care of Zaide while he goes away, she has to decide if she is ready to throw herself headfirst into this new life.

Big-hearted, funny, and gloriously zany, The Girl Who Reads on the Metro is a delayed coming-of-age story about a young woman who dares to change her life, and a celebration of the power of books to unite us all.

This is a story that invokes feels rather than thoughts – until it settles into your psyche and generates lots of thoughts. All the thoughts.

The plot is rather simple. Juliette lives a small life in the “real” but a large life within the pages of books. And she’s too shy, or scared, or too deeply programmed to even think about trading the one for the another.

She just knows she’s not truly happy. But she’s not really unhappy, either. She’s just going through the motions.

Until one morning when she meanders her way to work instead of taking the straight and narrow path and finds herself in an extremely eclectic bookstore – and at the edge of a brand new life.

Juliette has always made up stories about the people she sees reading on the Métro. Soliman and his Book Depot give her a mission – to take books from the Depot and find exactly the right person to give them to.

It’s a calling – one that takes Juliette out of her comfort zone and into the Book Depot full-time when Soliman needs someone to take care of his daughter while he goes on a mysterious journey.

But just as Juliette and the other book passers of the Book Depot find the person who needs to read each book, Soliman has found the right person to take over the Depot in Juliette. Right for her and right for the Depot.

She takes it on a new adventure – and it most definitely takes her.

Escape Rating A-: This is one of those little books that sticks with you after its done – sort of like the way that the books that Juliette gives away stick with the people she gives them to.

In spite of being set in Paris, this isn’t really a book about Paris. The focus is very tight on Juliette’s small life, her daily ride on the Métro, and her journey of discovery in, by and for the Book Depot. There really isn’t a lot about the feel of the city, so It could be any city big enough to have a well functioning commuter system. The Chicago ‘L’ would serve as well as the Paris Métro, and there are plenty of unlikely and untidy corners of that great city to house a magical bookshop like the Book Depot. And it doesn’t matter, because this isn’t about the location of the Book Depot. It’s about the magic of the Book Depot.

It’s possible to interpret this story as a paean to the physical book. Certainly the physicality of books is part of what Juliette – and many other people – love about them. The way that they absorb the atmosphere and even the aroma of the places and people who keep them – and the way that they hold their own history within the leaves of their pages and tucked inside their bent spines.

At the same time, this feels like it’s more about the power of story to change a life. The lives of the people that the passers pass those books to, and especially the power to change Juliette’s own. The right story at the right time can move mountains – or at least shift the hardest heart. And that doesn’t have to be the printed book – it’s the story that matters.

But books as artifacts are sure a lot easier to pass around. There’s always a magic in connecting the right person with the right story at the right time. After all, that’s one of the reasons that librarians do what they do.

The Girl Who Reads on the Métro is a charming story of a young woman gathering her courage to begin writing her own story – while sharing the books she loves with as many others as possible. Including the reader – as Juliette’s own list of books to pass to that reader is an extensive tease of possibilities – just like her story. 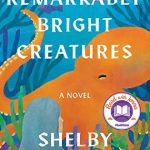