This is a weird week – in more ways than one. Yes, it was Xmas and now we’re in the doldrums between Xmas and New Year’s. You know, that time when even the folks who have to go to work don’t do much more than pretend to get shit done. I’m saying that from the perspective of someone who worked mostly behind the scenes. Front-facing positions never get to pretend.

But those doldrums mean that not much is being put up on NetGalley or Edelweiss and not much that’s requested is being approved. With both holidays on Wednesday, you’d think there wouldn’t be much going on in the publishing world at all.

Except for the WTF’ery in Romancelandia. The Romance Writers of America stepped in sh*t so hard that they may not survive the blowback of the feces hitting the oscillating device. If you’ve been fortunate enough to miss the story of the shenanigans, here’s a different link from yesterday’s to the continuing saga, this time to File 770.

Which led directly to both yesterday’s review and the purchase of the Brothers Sinister “box set” by Courtney Milan. (Mine are ebooks so no actual box.) And Audible had a sale. And I picked up some short stuff to finish out the year and then got other short stuff because the first short stuff was so damn good. And the December Amazon First Reads freebie.

So many books, so little time, as always. Happy Holidays!

For Review:
Mark of Eon (Eon Warriors #5) by Anna Hackett 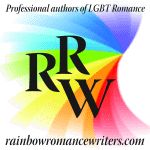