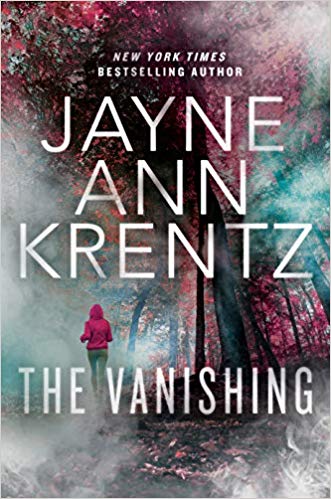 Forty years ago in the small town of Fogg Lake, "The Incident" occurred: an explosion in the cave system that released unknown gases, causing peculiar effects on its residents, such as strange visions and ominous voices. Not wanting the government to get involved, they chalked it up to the hallucinogenic effects of mushrooms. Little did they know these effects would linger through the generations....

Residents Catalina Lark and Olivia Dayton have been best friends for years and own an investigation firm together, using what they call the "other sight" to help with their business. When Olivia goes missing, Cat frantically begins the search for her alone when the town does nothing about it. When scientist Slate Trevelyan shows up, she has no choice but to accept his help even though there's something about him she just can't trust. The duo discovers someone is hunting the two witnesses of a murder in Fogg Lake fourteen years ago—the very one Cat and Olivia witnessed as teens, one that they couldn't prove happened. Cat and Slate's search for Olivia takes them down a rabbit hole that is far more dangerous and mysterious than they ever expected, and with a killer in their midst, neither of them can foresee who will come out alive.

This was the book I felt compelled to read this week – no matter what I put in my Sunday Post. I expected to be swept away by Krentz/Quick/Castle’s unique blend of romantic suspense and parapsychological woo-woo and that’s exactly what happened.

But in the meantime, The Vanishing stands on its own as the first book in a new series. And it stands proud.

The story does begin a bit in the middle, but not because there have been previous mentions of Fogg Lake. But because by the time that Catalina and Olivia are teenage girls, whatever happened to make Fogg Lake the place it is occurred decades in the past. There was a Fogg Lake Incident that turned the town more than a bit insular. An incident that gave all the residents – and their descendants – paranormal powers of one kind or another. The kind of powers that the so-called normal world treats as a one-way ticket to drugged institutionalization.

Not that The Foundation doesn’t have its own facilities for that sort of thing. It’s one of the reasons that their reputation in the paranormal community is more than a bit tattered. But people with paranormal powers do go off the rails. It’s just that The Foundation is well aware that they are not off those rails merely because they think have those powers.

Catalina and Olivia left Fogg Lake to go to college. After they learned to keep their powers hidden and appear normal. Long after they witnessed a murder in the Fogg Lake caves that everyone else was convinced was a hallucination – even them.

But that long ago incident in their own personal past reaches out to grab them, or at least to grab Olivia, from the streets of Seattle. Just as The Foundation, in the person of Slater Arganbright, shows up at their private investigations agency to hire them. The Foundation needs their help in investigating a couple of crime scenes that just might connect back to Fogg Lake’s incident.

Catalina and Slater join reluctant forces to find the missing Olivia and determine whether their two cases connect.

Coincidences aren’t in either of their worlds. Slater’s crime scenes are all too related to Olivia’s disappearance. And everything ties back to that incident at Fogg Lake. Both the one in the town’s past and the later one in Cat’s and Olivia’s.

And Cat and Slater definitely connect with each other. More than either of them expected – or even thought might be possible.

Escape Rating A-: I got completely lost in this one, which seems appropriate for a story set in a place called Fogg Lake. I was grabbed by the story at the very beginning, with teenaged Cat and Olivia witnessing a murder in the caves – and not being believed.

But that was just a teaser to set up part of the main story. And it so worked.

Because it gives the reader a glimpse of the way that Fogg Lake is while not revealing how it got that way. In the end, that revelation is part of the main story – and it’s clear that we don’t know nearly enough – yet.

The biggest part of this one is the investigation. We follow along with Slater and Cat as they search for the missing Olivia, investigate Slater’s mysterious crime scenes and attempt to discover what the one has to do with the other. All the while, the true history of Fogg Lake hovers just out of reach – until they begin stumbling over its very messy pieces.

Along the way, several fascinating things happen. One is the dive into the paranormal world that Slater and Cat inhabit every bit as much as they do the normal world – if not sometimes a bit more. The whole thing about the secret world existing alongside of the one we know is done well and is very cool as well as a bit creepy in all the right ways.

At the same time we get to know Cat, her abilities and her powers. Part of the fun of that part of the story is discovering just how many people Cat distrusts and has run afoul of, as well as her snarky attitude towards all of the above. Cat’s a woman I’d love to have drinks with – and she’d know if anyone spiked them.

And then there’s the growing tension between Cat and Slater. They don’t trust each other. To be more accurate, Cat doesn’t trust anyone from The Foundation as Cat’s last job for them left her holding the bag on a big mess courtesy of Slater’s uncle. A mess that seems to follow her around throughout the story and with which she has zero patience – and for good reason.

But the same powers that have made both of these people fear relationships with normals have given them an instant and intense awareness of each other that can only lead to one place – if they are willing to take the risk.

And if they can get this case wrapped up before it kills them.

I don’t know when the second book in the Fogg Lake series will be coming out – but I can’t wait to find out more! 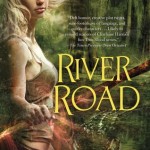 7 thoughts on “Review: The Vanishing by Jayne Ann Krentz”