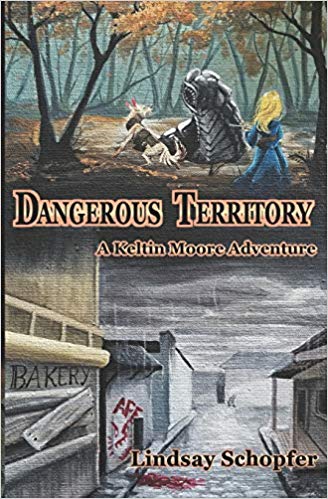 The beast hunter is on a mission of mercy to save the love of his life.

Life is good for professional monster hunter Keltin Moore. His new beast hunting company is finding great success as he returns to distant Krendaria to protect its citizens from creatures of nightmare.

But when he receives word that the woman he loves is in trouble, he will leave the world that he knows behind and plunge headlong into dangers he has never faced before.

Somehow, he’ll have to sneak across a closed border, find his beloved and her family, and escort them all safely back out of the country. From dodging sadistic government agents to racing through beast-infested forests, will Keltin and his new friends survive their escape through Dangerous Territory?

This is the third installment of the award-winning Adventures of Keltin Moore, a series of steampunk-flavored fantasy novels. If you love compelling characters, fantastic creatures, and intense action then you will love these stories!

The Adventures of Keltin Moore may be a difficult series to categorize but it’s a terrific action/adventure read. 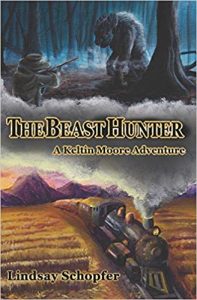 Three books in, after The Beast Hunter, Into the North and now Dangerous Territory, the series as a whole feels like steampunk action/adventure, with kind of a “Weird West” vibe. But the weird in that West isn’t the west of anyplace on our own world, past or present. Instead, Keltin Moore’s beast hunting adventures take place in a world made up of his native Riltvin, with political shenanigans impacting his life and work from far away Krendaria and Malpinon, just so far. Keltin’s travels to his wider world give the series a bit of epic scope, without getting into the kind of vast empire politicking that epic fantasy is famous for.

And then there are those beasts that Keltin hunts. The beasts feel/read like magical constructs. That may not be true, but they remind me of the “Changed” beasts in some of Mercedes Lackey’s darker books. Keltin is not a trophy hunter – far from it. He is a defender of “regular folks” whose lives have been beset by rampaging “boils” as the beasts are called. The beasts are dangerous and deadly, fierce and heavily protected by natural armor.

The story in Dangerous Territory takes Keltin back to the sight of his greatest hunt, the huge beast-culling in northern Krendaria that formed the background of his first adventure, The Beast Hunter.

But Keltin sees Krendaria as a blood-soaked land he has no desire to go back to. He found himself as a leader, whether he ever wanted to become one or not, and he still feels guilty about the mistakes he made and the men he couldn’t save – even if he did the best he could and saved many who would otherwise have been lost to the boils.

However, this journey is one that he feels he has to make. Not just because Krendaria feels like unfinished business, but because Keltin has unfinished emotional business to take care of as well. And as dangerous as boil-infested Krendaria and politically fractured Malpinon are, the most dangerous territory that Keltin has to navigate in this adventure is the territory of his own heart. 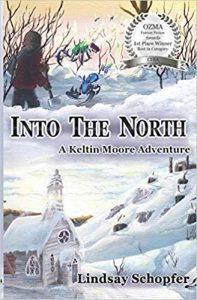 Escape Rating A-: There’s just something about this series that I eat up with a spoon. They are all relatively compact books, tell a compact story featuring an interesting and empathetic main character. I want to know what happens to Keltin next and I’m really sorry there’s no fourth book immediately available.

That being said, what I like about this series is the way that it seems to get to the heart of its matter without bogging down into the myriad details that it could. And as I’m saying that I wish there were a bit more worldbuilding, and yet the series works fine without it. It feels like we’re getting the worldbuilding in bits and pieces, as Keltin explores his wider world we do too.

But it’s the story, and the spare nature of how it’s conveyed, that simply work for at least this reader. Part of why that works is Keltin himself. He is not a storyteller, and he doesn’t want to be. And we’re seeing his world and his journey from his perspective but not in first person singular. We’re not in his head, but rather we’re following a third-person narrator who knows a bit more than Keltin does about what’s going on around him but still follows Keltin for all the action.

It gives us enough distance to see Keltin as he is and not as he believes himself to be. Because he’s much more of a leader and a hero than he’d ever give himself credit for. From that slight bit of distance, we can observe his doubts and fears without getting as caught up in them as he does. And it allows him to keep some secrets from us as well.

The interesting thing about this particular entry in the series is the way that it revisits old territory without re-hashing previous events. Except, of course, for Keltin’s own re-hashing of his hesitant romantic correspondence with Elaine Destov, the woman he helps to save from the beasts of Krendaria, even as she saves him in turn.

His emotional uncertainty is endearing, and his willing to deal with his own doubts and fears is every bit as brave as his beast hunting.

I’ll admit that I found the ending of Dangerous Territory, with Keltin walking his sister down the aisle at her wedding, to be a bit anticlimactic. That’s partly because I wanted it to be Keltin’s wedding to Elaine, even though they aren’t ready for that yet. It also felt a bit “tacked on” rather than an integral part of the story just finished. But more than that, I think I also wanted to be certain of having a next book to look forward to, and I don’t. There’s plenty more of this world, and Keltin’s place in it, yet to explore!