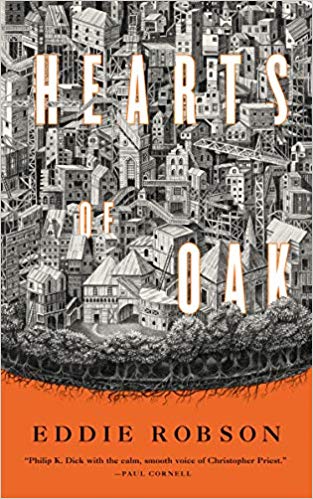 And the city expands.

And the people of the land are starting to behave abnormally.

Or perhaps they’ve always behaved that way, and it’s normality that’s at fault.

And the king of the land confers with his best friend, who happens to be his closest advisor, who also happens to be a talking cat. But that’s all perfectly natural and not at all weird.

And when chief architect Iona wakes from a long period of blindly accepting the status quo, she realizes there’s a mystery to be solved. A strange, somewhat bizarre mystery, to be sure, but no less dangerous for its improbability.

And the cat is almost certainly involved!

Talking cats are generally an indicator that you are either reading a cozy mystery or an animal odyssey like Watership Down or Redwall.

Or, that something is really, really wrong. Because cats aren’t supposed to speak in complete English sentences – or whatever language you might speak. Any story where the king’s wisest counselor and closest adviser is a talking cat is either a fantasy of some sort or a story where things have gone really, really off-kilter at the very least.

With that talking cat at the center of it all. Having played more than one game where a villain took the form of a talking cat, I was expecting the very, very wrong.

The situation in Hearts of Oak was wronger than that. Also weirder. Much, much weirder.

She’s certainly aware that something feels “off” but can’t quite get her mind to wrap around exactly what – at least not until the cremation ceremony when a member of the audience leaps onto the casket just as its about to be engulfed by the flames.

At that point, it’s pretty obvious that something is amiss, but just not what.

At that point we are all, like the architect Iona, pretty much invested in the fantasy-like scenario of the ever-growing city, the slightly oblivious king and the dreamlike, slightly soporific quality of the place.

And that’s the point where it all goes pear-shaped, and  all of the perspectives, especially Iona’s and our own, get turned on their heads.

When we – and Iona – discover that nothing about this world has ever been as it seemed.

That’s the point where the oh-so-subtle wrong becomes very, very interesting. And Iona’s situation goes far more pear-shaped than she – and the reader – ever imagined.

Escape Rating B: The story at its beginning has kind of a dreamlike quality. It feels obvious to the reader – at least to this reader – that things are not as they seem and that the cat is at the heart of it all. That particular reveal didn’t feel like all that big of a discovery.

But the point where Iona’s perspective goes through its sudden and dramatic shift takes the story in a direction that absolutely was not expected – nor should it have been. I expected that Iona’s world was stranger than she imagined, but had no clue that it was stranger in the particular way that it is.

There’s more than a bit of charm to this story and the way that its told, as well as a bit of pathos in Iona’s ultimate fate. At the same time, looking back on the story now that it’s over, it feels like there were a whole bunch of themes and plot points that were plucked from different branches of speculative fiction and melded into the whole of Hearts of Oak.

In other words, there were plenty of moments where I felt like I’d read that part of the story before – or seen it on one or more SFF TV show. At the same time, the whole was, not so much greater than the sum of its parts as completely different from the sum of its parts. A feeling that makes no sense but still feels true.

Hearts of Oak is a fun, quirky read that takes itself places that the reader never expects. It’s not really character driven, and when I think about it it doesn’t feel plot-driven either. If I had to describe it – and I kind of do – I’d have to say that it’s really twist-and-turn driven. Just about the time when you think you know where it’s going – or at least begin to recognize where it’s been – it takes a completely different twist and you have to re-evaluate the parts you’ve already read.

If you like stories as puzzles, this one is fascinating. With a twist in the end that cuts like a knife.