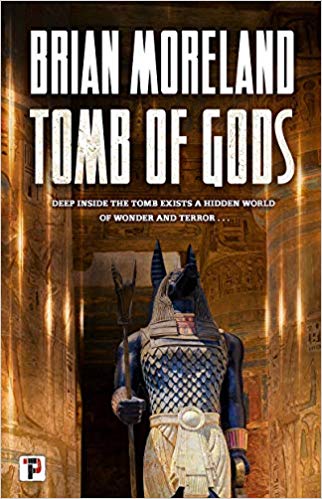 "Brian Moreland writes with one eye on characterization and the other on scaring the life out of you." -- Maynard Sims, author of Stronghold and The Eighth Witch Deep inside the tomb exists a hidden world of wonder and terror . . In 1935, British archaeologists vanished inside an Egyptian cave. A year later, one man returned covered in mysterious scars. Egyptologist Imogen Riley desperately wants to know what happened to the ill-fated expedition led by her grandfather. On a quest for answers, she joins a team of archeologists and soldiers in Egypt. Inside a mountain tomb, they've found a technologically advanced relic and a maze of tunnels. Dr. Nathan Trummel believes this tomb leads to the most guarded secrets of the pharaohs. When the explorers venture deep into the caves, they discover a hidden world of wonder and terror.

I picked this one for the cover. I don’t read a lot of horror, but not only did this one have a strong historical bent, but the cover looked like something out of the classic Doctor Who episode Pyramids of Mars. But the way that the story works reads a lot more like Journey to the Center of the Earth – with just a touch of the late 19th/early 20th century archaeology vibe of Amelia Peabody Emerson. And possibly even a bit of Dr. Daniel Jackson’s (Stargate) oft-derided theories about the “true” origins of ancient civilizations.

I was absolutely astonished when that last bit turned out to be closest to the mark.

As you might guess from the above rambling paragraph, when I have to read something described as horror I kind of have to sidle up to it by convincing myself that it’s more horror-adjacent than actual horror. Which is how I ended up at Tomb of Gods. Which in spite of what I just said is DEFINITELY horror.

Surprisingly for a horror story set in a lost Egyptian tomb, there aren’t any mummies. Which doesn’t mean that there isn’t plenty of horror, because there certainly is. But the story isn’t really about the horror that they find, not in the usual way with ambulatory mummies and predatory cursed monsters. Not that there aren’t plenty of monsters.

Instead, this is a story about the horrors that they all bring with them. The horrors that reside deep inside their hearts, the terrible things that they’ve said and done, the ones that they feel the most guilty for. The actions and emotions that they never want to let see the light of day.

Or see the darkest of nights at the bottom of a never-ending tomb – on a journey that feels like it’s heading straight to the center of the earth – by way of the paths outlined in the Egyptian Book of the Dead.

Escape Rating A-: I liked this way more than I expected to. Mostly because it didn’t go any of the places I expected it to. Again with the no shambling mummies. I loved the atmosphere, not just the darkness of the tomb, but also the entire feel of mid-1930s archaeology, especially combined with all those “curse of the mummy’s tomb” vibe, even though, again, no tottering, groaning mummies.

And into that mix we throw Imogen Riley, also an archaeologist. The granddaughter of the man who originally found said tomb. The former lover of the current, overbearing archaeologist.

While there have been plenty of strange and deadly phenomena already on this dig, it’s only once Imogen is on the scene that the story takes off. She’s the catalyst that kicks off the rest of the action, as her presence provokes her former lover to new depths of, well, basically ignoring all good advice, common sense and proper archaeological practice to rush towards the treasure.

The journey to which exposes the darkness inside each person’s heart as they run headlong towards an end that only he can see. And it’s not the ending we (and Imogen) have been led to expect. He was a prick from beginning to end, and I wanted him to seriously get his comeuppance. Whether he does or not is left to the reader to decide.

In the end, this one is more about the journey than the destination. We see each person’s guilts and fears. The journey is harrowing, and we are as harrowed as the characters we follow.

I’m left with a couple of niggling questions. One is the obvious, in that I am not sure that the villain’s fate was a punishment or a reward. And I think that’s the way it’s meant to end.

As much as I liked Imogen and identified with her as the protagonist, I couldn’t help but wonder whether it was truly necessary for the story for Dr. Overbearing – actually Nathan Trummel, to have been a former lover. That particular bit of setup felt like a nod to earlier stories of archaeological horror and adventure, where the pretty girl was the reward or side piece of the real hero. Which Trummel is so far from being that he’s not even in the same universe – even if he thinks he is.

I also enjoyed the surprisingly deep dive into Egyptian mythology that underpins the story. As I said at the top, I need to sidle up to horror, and all the history and mythology gave me an excellent door through which to do that sidling. While still creeping me thoroughly out. In a good way. This is not a book to read with the lights off, but it is absolutely a book to read! 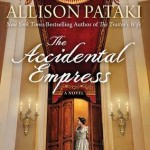 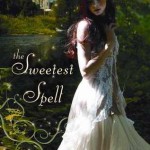 4 thoughts on “Review: Tomb of Gods by Brian Moreland”