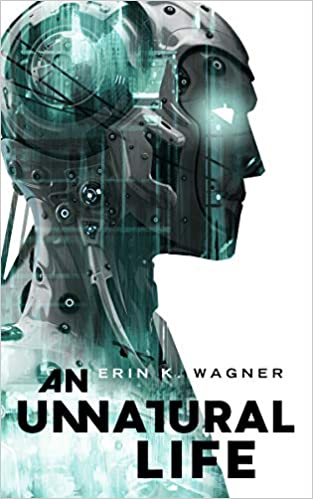 Murderbot meets To Kill a Mockingbird in Erin K. Wagner's An Unnatural Life, an interplanetary tale of identity and responsibility.
The cybernetic organism known as 812-3 is in prison, convicted of murdering a human worker but he claims that he did not do it. With the evidence stacked against him, his lawyer, Aiya Ritsehrer, must determine grounds for an appeal and uncover the true facts of the case.
But with artificial life-forms having only recently been awarded legal rights on Earth, the military complex on Europa is resistant to the implementation of these same rights on the Jovian moon.
Aiya must battle against her own prejudices and that of her new paymasters, to secure a fair trial for her charge, while navigating her own interpersonal drama, before it's too late.

I picked this up as early as I did because it was teasing me. Specifically, the recommendations I received from a friend listed some readalikes for this book and I was just sure that something was missing – actually I was positive that at least two somethings were missing – and I had to read it to see if I was right.

You know how it is, there’s something on the tip of your tongue, or just out of reach in your memory but you can’t quite grasp it. It was driving me nuts that I just couldn’t remember what one of the books I KNEW this reminded me of was, so I had to read it and find out.

In case you’re wondering, the recommendation said Murderbot, which, well, of course, yes. Because Murderbot is so ‘top of mind’ after the recent release of Network Effect. And there is something to be said for the correlation, although strictly speaking Murderbot isn’t exactly a self-aware AI. Self-aware, absolutely, an AI,  not exactly. But the concept of humans creating an enslavable and exploitable underclass is certainly a match. The other readalike was the classic The Caves of Steel by Isaac Asimov, which I have not read. The ‘so many books, so little time’ conundrum rears its ugly head yet again.

I was thinking of Medusa Uploaded by Emily Devenport for both the self-aware AI and the specifically created underclass, even though in Medusa they are not exactly embodied in the same person – or at least not all of the time.

But those references felt fairly obvious. The one lurking in the back of my mind turned out to be the steampunk world created in Ian Tregillis’ Alchemy Wars series, starting with The Mechanical. While the ‘mechanicals’ of that series were created through alchemy rather than science, the situation they find themselves in is much the same as it is in An Unnatural Life. They are created to be slaves and they seem to have no recourse towards freedom. But they are self-aware, and they strike out for freedom anyway, in spite of the odds, the laws, and their own programming.

In the end, the story this reminded me of the most was the classic Star Trek: The Next Generation episode “The Measure of a Man“, where Data is on trial. Not for a crime as the AI here is, but for his right to be a self-determining being in his own right, and not property as has occurred in the world posited in this story. Picard’s speech in Data’s defense echoes many of the abuses that are highlighted in this story, as it is all too clear from humanity’s history that if Data is not considered an autonomous being in his own right that he and others like him will be declared to be ‘property’ and abused as happened in the backstory for this book. Also as did happen in the later history of the universe of Star Trek, as represented in the events of its latest series, Star Trek: Picard.

The story in An Unnatural Life, just like the story in The Measure of a Man, isn’t really about the android, the AI, the ‘grunt’, after all. It’s a story about humans, and about humanity’s inhumanity to humanity. It’s about just how very easy we find it to believe that anyone we define as ‘them’ can be treated as inhumanely as we want, because we’ve decided that the only ones worthy of being considered ‘human’ are ‘us’.

But Walt Kelly’s Pogo had it right all along when he said, “We have met the enemy and he is us”. And he still is.

Escape Rating A-: There are actually two stories in this slim little volume. One is the obvious, the story of Aiya Ritsehrer’s appeal on behalf of the AI 812-3 due to the obvious fact that the AI did not face a jury of his peers, but rather a jury that was utterly prejudiced against the AI, as was the judge and the prosecution. Aiya is convinced the AI did not receive a fair trial, and it’s oh-so-clear that she is correct.

There is also a story tucked in-between the chapters about Aiya, the trial and its result. I think that it was about an expedition to discover whether or not there was already life on Europa when it was settled by humans. But that story is more tantalizing than realized. Which is possibly intended, but left me a bit frustrated by its ambiguity, hence the A- rating.

Back to the story I’m entirely too sure of. One of the things that so frequently gets lost in the gee-whiz sensawunda that science fiction and fantasy often provoke is that no matter who or what is at the center of the story, no matter where or when it is set, all stories are about human beings. Because human beings are the only creatures that we really know. Writers may do their very best to guesstimate what androids or aliens in the far future or the mythic past might think and feel and say and do, but the fact is that the perspective from which all of those ‘otherworldly’ characters are written is the human one in the here and now of the author.

So from one perspective this is a story about a self-aware AI in search of justice on one of Jupiter’s moons. But on the other, the story underneath that, is a story about prejudice and justice. It’s a story about the lengths and depths that humans, following their worser instincts and not their better ones, will go to in order to preserve the status quo that makes them feel safe and comfortable.

It is also a story about one woman fighting, not just for justice for an underdog, but for what is right instead of what is easy, in spite of all of her own prejudices, and in spite of the very real fear that her pursuit of justice will bring her into deadly danger in a situation where no one will stand by her, no one will protect her, and no one will seek justice on her behalf.

Because all of those humans believe that their hatred of ‘the other’ and their willingness, even eagerness to destroy anyone who shines a light on that hatred, is not human either and therefore deserves whatever happens to them. That they brought it on themselves, and that their fate is not the fault of anyone but themselves for standing up for ‘the other’.

And if you don’t see any parallels between the story and both history and current events, you’re not paying attention. 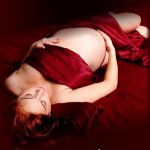 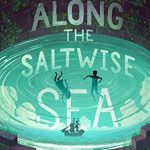 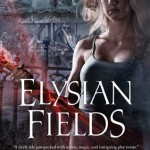 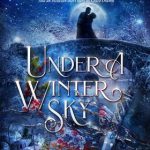