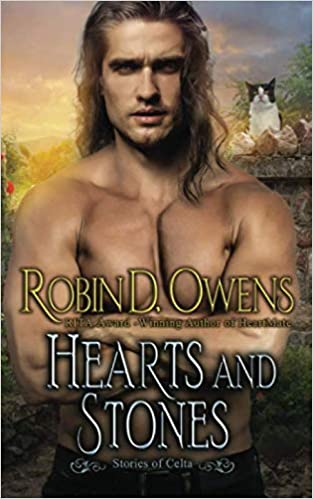 BEFORE CELTA … Passage Through Stone: In the UStates Colorado Area, Levona Martinez is determined to find a berth on the starship, Lugh’s Spear, and escape the psi mutant ghetto for a new life on a new planet. But she’s missed her chance and the ship is full. The leaders might not consider her worth taking, but what about Pizi, her prodigy cat? CELTA, A PLACE OF MAGIC, TELEPATHIC ANIMAL COMPANIONS, AND ADVENTURE! Five stories highlighting some fan favorite characters: Homing Stone: As his magic emerges through fever fugues, nobleman Holm Holly fights death duels in the Downwind slums … and catches the attention of blacksmith Rand Ash, who needs a noble to help him with his revenge on an equally noble family …Fractured Stone: Struggling with his disinheritance and the loss of his identity, Holm Apple strives to make a new life in a new city with his HeartMate and their Fams. Hidden Stone: Garrett Primross didn't expect to be hired by a Cat, let alone two of them, and their idea of payment doesn't match his. When a GreatLord appeals for Garrett's help, he's reluctant to take the case, but finds that solving the mystery unexpectedly leads him to inner answers. HeartStones: Losing his sight and psychic power, treasure hunter Zane Aster wants to make one more score. He discovers a House on the cusp of sentience, but missteps might trigger their deaths. Stone in Zanth’s Paw: It’s time for the best FamCat on the world of Celta to return the irritating sea turtles to their mother in the ocean. Perhaps time to learn a big lesson, too.

One of the things that keeps bringing me back to Celta, over and over and over again, is that it feels like a nice place to visit and a place that I would actually want to live in. Not that it doesn’t have its share of problems, if only because it was settled by humans and, well, humans gonna human in all sorts of ways both terrible and wonderful. But also because the place is more or less functional, with occasional hiccups because, again, humans.

So it’s a place where people can, do and will screw up their own lives and the lives of those nearest and dearest to them. A place where sometimes evil flourishes, and occasionally stupid holds sway, but for the most part things generally work. And that’s kind of a refreshing change from a lot of SF and Fantasy worlds where the story generally starts with everything going totally off the rails into situations where things are always darkest just before they turn completely black.

Celta is an SF world that reads like a fantasy world. It’s part of a tradition that includes Pern, Darkover and Harmony. These are all worlds that were settled by breakaway groups of humans that left Earth and were then lost or abandoned or a bit of both.

Celta is particularly similar to Darkover and Harmony in that the people who left Earth all had psi powers and were all persecuted for those powers.

But the first story in Hearts and Stones reminds me of a bit of science fiction romance I read years ago, Trancehack by Sonya Clark. In Trancehack, and in Passage Through Stone, we get to see conditions on Earth for psis before the migration, as opposed to the post-landfall stories we have for both Darkover and Harmony. And the conditions on Earth for psis are pretty bleak and generally awful. Conditions on Earth in general suck in this post-apocalyptic world, but it looks like the psis are getting all the blame for events they had no part of, as a way for the Earth governments to point fingers at someone else. Or to put it the way it was said in a different world, “the humans kill what they do not understand”. So this opening story to the collection, and to Celta as a whole, is downright bleak. It’s kind of a hard read, especially in the plausibility of the terrible treatment of those who are ‘different’, but that plausibility is what makes it sear.

The rest of the stories in the collection take place on Celta throughout its history as we’ve seen it through the course of the marvelous Celta’s HeartMates series. Most of the stories either provide insight into events that happened either before or after the books, or they provide further exploration into characters that we’ve otherwise seen only glimpses of through the main narratives. 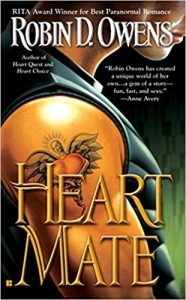 The two stories that stand out in this regard are Homing Stone and Fractured Stone, as they serve as bookends on the life of Holm Holly, a character who appears multiple times through the course of the series.

But the first of those stories, Homing Stone, is also a prequel for the first book in the series as they were originally published. It’s the story of a young Rand Ash, the hero of Heart Mate, setting out to befriend Holm, the heir to one of the great families of Celta, in order to enlist Holm’s, and his powerful family’s, help in righting all the wrongs that were done to Rand and his family when he was a child. Now that he’s an adult, Rand is ready to deliver a cold serving of revenge and a hot slice of justice to the people who murdered his family and stole his birthright. This story serves as both the portrait of the beginning of a life-long friendship and an introduction to characters that series readers have long loved.

Fractured Stone, on the other end of the spectrum, shows Holm Holly, now Holm Apple, forced to make his own way for himself and his heartmate in a new city after having been disowned by his birth family as a result of the events in Heart Duel. Although there are, of necessity, references to events that occurred in that previous book, the heart of this story is wrapped up in its portrait of a man making his way in a direction he never expected to have to take, without the love and support he expected to have all of his life. Holm has lost a great deal of status, and now has to make a name for himself based solely on his own accomplishments. It’s a hard lesson in letting go, but very well done. 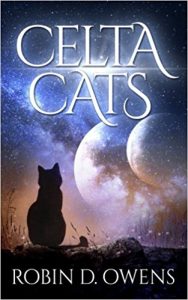 Last, but not least – if only because Zanth would NEVER allow himself to be the least of anything, there’s Stone in Zanth’s Paw. One of the loveliest things about Celta are its Fams, the psychically powerful familiar companion animals that provide so much of the heart – and comic relief – that imbues this series. Zanth is the FamCat of Rand Ash, the Fam of all Fams of the entire series. He’s also a great, big, egotistical cat who will remind catservants that as much as we wish we understood what our cats are trying to tell us that it would not be an unmitigated blessing. Zanth is not merely every bit as demanding as any cat you’ve ever met, he’s capable of expounding upon his demands and his rights and his status and his deserved privileges at every opportunity.

The story about the Stone in Zanth’s Paw is a slight story that might have been better served up in a previous Celta collection, Celta Cats, but it still serves as a terrific reminder of the wonder, occasional majestic and frequent sheer hubris of these telepathic animal companions.

Escape Rating A-: Hearts and Stones is a terrific collection for anyone who has already been to Celta and is just itching for an excuse to return. If you’ve never been to Celta, but are interested in taking the trip, start with Heart Mate.

3 thoughts on “Review: Hearts and Stones by Robin D. Owens”