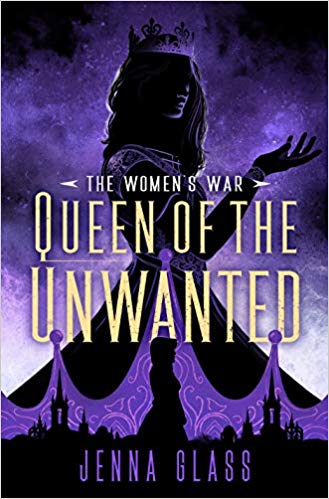 In this feminist fantasy series, the ability to do magic has given women control over their own bodies. But as the patriarchy starts to fall, they must now learn to rule as women, not men.
Alys may be the acknowledged queen of Women's Well—the fledgling colony where women hold equal status with men—but she cares little for politics in the wake of an appalling personal tragedy. It is grief that rules her now. But the world continues to turn.
In a distant realm unused to female rulers, Ellin struggles to maintain control. Meanwhile, the king of the island nation of Khalpar recruits an abbess whom he thinks holds the key to reversing the spell that Alys's mother gave her life to create. And back in Women's Well, Alys's own half-brother is determined to bring her to heel. Unless these women can all come together and embrace the true nature of female power, everything they have struggled to achieve may be at risk. 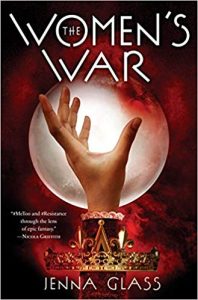 I picked up this book because for the most part I enjoyed the starting book in this series, The Women’s War. But I have to say that I found the message of that first book to sometimes be heavy-handed. Not enough to spoil my enjoyment, but more than enough to make me wonder what would happen next.

Queen of the Unwanted certainly carries on directly from the events in The Women’s War, making it impossible for any reader to start here and make any sense of current events. Or, honestly, to care about what happens to the characters.

This is definitely a middle book, with all the inherent problems therein. Which means not only that you can’t start here, but that it fulfills the sense at the end of the first book, that the situation our heroines, Princess Alysoon of Women’s Well and Queen Ellinsoltah of Rhozinolm are at a point in both of their stories where things are dark and turning darker – quite possibly as a prelude to turning completely black.

So this is a story where more gets revealed but little gets resolved, setting the stage for the third book in the series at some future date. Hopefully not too far in our future, as this is a complicated series which makes picking up the action after a long hiatus a rather daunting affair for the reader.

Although I’ll certainly be back, if only to find out what happens next!

Escape Rating B-: I have to say that this book drove me absolutely bananas – and not always in a good way. I really did want to find out what happened after the earth-shaking events of the first book. But that means I wanted things to actually happen. This entry in the series, being a middle book, means that lots of people are maneuvering, and there is tons of political wrangling and shenanigans, but that in the end, not much happens. 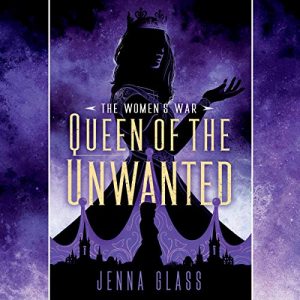 Or at least, not until the very end, when the action suddenly proceeds apace, only to leave readers with multiple terrible book hangovers as they wait for the next book. Whenever it appears. I listened to 80% of this and then read the rest. The audio was interesting enough to keep me occupied while driving, but when things picked up I couldn’t stand to continue at that slow pace.

So, the story is slow going for a lot of its length. Of which there is rather a lot. And there are oodles of political machinations, but they don’t seem to go anywhere for much of the story.

The big message in this one is that old saw about power corrupting and absolute power corrupting absolutely. The history of this place is that men have had all the power, all the time, and now that women have carved out their own, tiny piece of it the men will do anything to get their absolute domination back.

The message is extremely heavy handed, to the point where it gets overdone. The reader feels a bit bludgeoned by it – as many of the female characters are beaten and degraded on a frequent basis. The treatment of women in this entire world is utterly appalling.

At the same time, the stakes are so high, and yet, particularly in Women’s Well, the behavior of both Princess Alys and her brother Tynthanal feels so petty and selfish. Neither of them seems to be thinking of the greater good of their beleaguered kingdom, but rather railing against all the things that are just not going their way in their personal lives.

And the major villain of the piece does tip into over-the-top-ness and reaches villain fail. Not just that he is so inept he can’t possibly succeed at anything, but that it is amazing that his own country doesn’t depose him early on. He’s not just evil, he’s a bad king and it’s OBVIOUS. He is neither respected nor feared and that should be a short trip to a headsman’s axe.

Instead, he becomes a figure of ridicule, not just to his court but to the reader. He has no self-control; neither over his temper nor his overindulgence in food and drink. His steadily increasing girth is meant to evoke the figure of Henry VIII, but Henry, for all his petulance, was an effective king which Delnamal NEVER is. Instead, the villain’s increasing weight becomes a vehicle for mockery and it just feels wrong.

Speaking of things that feel wrong, one of the points I mentioned in my review of The Women’s War was the utter lack of same-sex relationships. This feels like a world where such relationships would have been frowned upon if not banned, but human nature happens. There’s a whole spectrum of it that isn’t happening here in circumstances like the all-male army barracks and the all-female abbeys for unwanted women where it feels like it would have.

I know I’m complaining a lot about a book that I gave a B- rating to. I liked this story. I liked the first book better but I’m still very interested in seeing what happens. Even if it drives me crazy yet again. 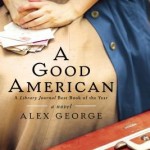