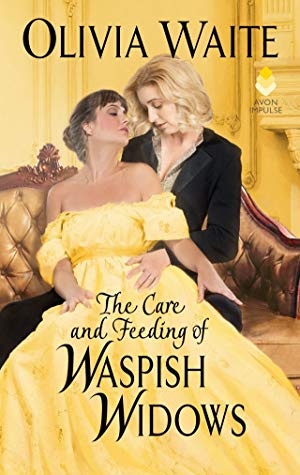 When Agatha Griffin finds a colony of bees in her warehouse, it’s the not-so-perfect ending to a not-so-perfect week. Busy trying to keep her printing business afloat amidst rising taxes and the suppression of radical printers like her son, the last thing the widow wants is to be the victim of a thousand bees. But when a beautiful beekeeper arrives to take care of the pests, Agatha may be in danger of being stung by something far more dangerous…
Penelope Flood exists between two worlds in her small seaside town, the society of rich landowners and the tradesfolk. Soon, tensions boil over when the formerly exiled Queen arrives on England’s shores—and when Penelope’s long-absent husband returns to Melliton, she once again finds herself torn, between her burgeoning love for Agatha and her loyalty to the man who once gave her refuge.
As Penelope finally discovers her true place, Agatha must learn to accept the changing world in front of her. But will these longing hearts settle for a safe but stale existence or will they learn to fight for the future they most desire?

I picked this up because I really enjoyed the first book in this series, The Lady’s Guide to Celestial Mechanics, and was hoping for not just more but even better from this second book – and that’s exactly what I got – both the more and the better!

As this story opens, Mrs. Agatha Griffin and Mrs. Penelope Flood are just about to meet over a hive of bees who have decided to make their honey amongst the stored printing plates of previously published works by Griffin’s print shop, the business that Agatha inherited from her late – and much missed – husband.

They are opposites in every way. Agatha is a city woman, at home in London and still feeling a stranger in Melliton. Penelope may enjoy a visit to the metropolis but her home is in Melliton with her bees. Agatha is tall, Penelope is short. While both are what we would consider middle class, Penelope is comfortably off while Agatha works for her living, albeit in a business which she owns. Agatha has a grown son, Penelope has no children. Because Agatha’s marriage was mostly happy, while Penelope’s is entirely a marriage of convenience. Penelope married John Flood because he is her brother’s best friend and lifetime companion. Their marriage makes it easier for her brother Harry and John to hide their relationship in plain sight, while Penelope believed that she’d never marry. Just as her brother prefers the company of his own sex, so does Penelope prefer the company of hers.

It’s an arrangement that Penelope begins to call into question as the sudden attraction she feels for Agatha turns into something both mutual and more. Into a love that Agatha feels is forbidden, not so much because they are both women as because Penelope is married and subject to all the expectations that society has for married women – no matter what mischief their husbands happen to be up to.

They are both under threat from those expectations of society, although not in the same ways. When Penelope sets herself against the wishes of the local squire, or more accurately the expectations of the local squire’s wife, all of the ways in which she flouts convention come screaming down on her head, and on the heads of her brother, her husband, and all of the many beekeepers in the area who are her friends, her colleagues and in many ways her family of choice.

Meanwhile in London, it is 1820, and King George IV, the Prince Regent now king, is in dispute with his wife and his parliament. The revolutions in both France and those stubborn former colonies – the United States – are still very much on the minds of the aristocrats who want to remain on top of the heap, while Radicals who want more power for the people are fomenting, not exactly rebellion, but certainly disrespectful questioning of the established order.

Agatha is a practical and pragmatic woman who knows that she must steer a course for her publishing house that keeps them both solvent and out of the sights of government agents who will shut them down at the slightest provocation – which they very nearly do.

But her son is 19 and more than willing to tilt at all the windmills of that established order – no matter the cost.

The tightropes walked by Agatha and Penelope are dangerous, and if not deadly, certainly threatening to all that they hold dear. Including, especially, each other. 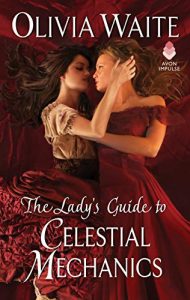 Escape Rating A: It felt like there were three threads being pulled in this story, and they braided together marvelously.

The first, the foremost, the loveliest thread is, of course, the romance between Agatha and Penelope. This is a romance that, unlike the one in the first book, takes an appropriate amount of time to develop. It begins with an unexpected friendship with an unquestioned amount of good old-fashioned lust, but it moves slowly and methodically as these two, separately and eventually together, work their way through all of the things that lie between them, their possible happiness as well as the potential for scandal.

At the same time, there’s that second, and very important thread that runs directly through the political turmoil of the time. Which leads directly into the part of the story that centers around Agatha’s printing house, her son who wants to throw in their lot with the Radicals, and her female apprentice who is more than educated enough to know that marriage is all too often a trap and a cage for women. This part of the story, including apprentice Eliza’s sensible but possibly slightly anachronistic attitude, reads similarly to A Duke in Disguise by Cat Sebastian, which takes place no more than a couple of years before this story and also centers around a printing shop with Radical sympathies.

The final thread winds its way through the town of Melliton, where Penelope lives and Agatha has her auxiliary printing press. Just as the government is cracking down on Radicals in London, so in the countryside are there factions determined to stamp out all threats to morality, decency and the status quo that keeps them in power. Penelope, already considered outre, sets herself against those forces by setting herself against the local squire’s wife on pretty much every front. And is reminded at every turn that the established order is not only against her but has the power to make her life, and the lives of those she loves, a misery. Simply because she is a woman.

Like the previous book in the series, The Lady’s Guide to Celestial Mechanics, the story never loses sight of the fact that the deck was stacked against women in this time and place every single step of the way. Not even the Queen is exempt from that universal truism. At the same time, the story doesn’t beat the reader over the head with it in quite the same way the setup of that first story does. Agatha and Penelope, being older and more experienced when this story begins than Lucy was in Celestial Mechanics, are better able to beat against the tide at least some of the time. They just never lose their awareness that they are being beaten by that tide.

That being said, while this is the second book in the series, it feels like it’s only tangentially related to the first book. In other words, Waspish Widows can be read very enjoyably without having read Celestial Mechanics, although if you like one you’ll certainly like the other.

To sum up, while I merely liked Celestial Mechanics, I loved Waspish Widows. We get to root for the underdogs, we get to see the forces of conformity routed – just a bit – and we get to fall in love with two women who are determined to find the happy ever after that they want for themselves no matter what society says they are supposed to want.

Feminine Pursuits will continue next year with The Hellion’s Waltz. I’m looking forward to the dance! 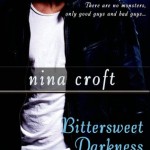 2 thoughts on “Review: The Care and Feeding of Waspish Widows by Olivia Waite”