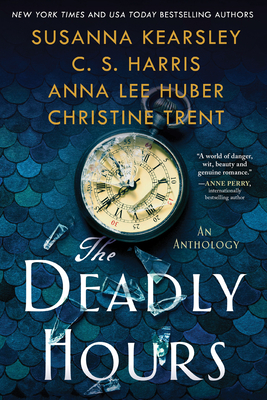 A stellar line-up of historical mystery novelists weaves the tale of a priceless and cursed gold watch as it passes through time wreaking havoc from one owner to another. The characters are irrevocably linked by fate, each playing a key role in breaking the curse and destroying the watch once and for all.
From 1733 Italy to Edinburgh in 1831 to a series of chilling murders in 1870 London, and a lethal game of revenge decades later, the watch touches lives with misfortune, until it comes into the reach of one young woman who might be able to stop it for good.
This outstanding collaboration of authors includes:Susanna Kearsley – New York Times and USA Today bestselling author of compelling time slip fiction.C.S. Harris – bestselling author of the Sebastian St. Cyr Regency mystery series.Anna Lee Huber – award-winning author of the national bestselling Lady Darby Mysteries. Christine Trent – author of the Lady of Ashes Victorian mystery series.

It’s not so much the hours that are deadly, as the watch that counts them as it passes from one dead hand to another, carrying disaster and destruction on its way.

That watch, La Sirène, links the four novellas that make up The Deadly Hours, as the watch’s story is taken up by four different authors as it surfaces in four completely different eras.

We begin following La Sirène in Italy in 1733, although the watch has already acquired a storied – and checkered – history by that point, as has the man who carries her into Portofino. The watch, and the curse on it, originated with freebooter Vautour’s infamous father, also a freebooter. There was a war – there was always a war – and the freebooters didn’t get paid for the “work” they did in Cartagena. So they took their own payment in blood. And in the case of Vautour père, in the gold that the churches had attempted to hide.

That’s where the curse came in. Not just because the elder Vautour stole from the church, and was cursed for it by the priest he tortured, but because the church, in its turn, as it did, stole the gold from the religions that held sway in the Americas before they arrived to “convert the heathens”.

The cursed gold was made into a beautiful pocket watch, La Sirène, with a mermaid on its case and words etched on its opposite side that translate as “I am the only master of my time.” The reader may question who the “I” refers to in this, whether that’s the watch’s owner, the watch’s original creator, or the watch itself. A person could be forgiven for thinking the watch is actually in charge of pretty much everything.

In 1733, the curse catches up with Vautour the younger – or perhaps it’s merely his life as a freebooter. Or, in this particular case, the company he keeps. Carrying an assassin aboard one’s ship can result in collateral damage, in this case to both Vautour and the assassin, both of whom were obsessed, in entirely different ways, with La Sirène.

No one else involved wants to touch the damned thing, except the innkeeper, who pockets the watch after everyone else deliberately leaves it in a dead man’s pocket, intending it to be buried with him.

Each time the watch resurfaces, in 1831, 1870 and finally 1944, it brings death and destruction to everyone it touches – especially the descendants of those stranded travelers who hosted a pirate and an assassin at that inn in Portofino all the way back at the very beginning.

Until La Sirène finds herself in the hands of someone who deserves ALL the bad luck she has stored within her – and finally fulfills the conditions of her curse. Unless…she’s out there still.

Escape Rating A-: As I pretty much poured through this story it struck me that there was more than one story being told in this braided set of novellas.

There’s the obvious one, of course, the story of La Sirène through the centuries and just how many terrible events seem to follow in her wake. You don’t have to believe in the curse, and many of the people who cross her path are at least skeptical of it, but the mind is a powerful thing. Even if the “curse” is really people searching for meaning in a hellacious coincidence of bad luck, or if people blame the watch when it’s really just people giving into their baser instincts and blaming it on the watch, the events still occur. Whether they would have occurred without her, well, no one will ever know, will they?

But these novellas, while each complete in and of themselves, are also portraits of a series of romantic relationships. And no matter what century they are set in, each portrays a relationship where the partners are negotiating just how to not merely be together, but how to be equals together in societies that don’t expect men and women to be equal. The men seem to be, to a man, learning how to let their partners into a world that holds danger and excitement in equal measure, and that they were taught that women are to be protected from. But all of their partners are women who embody a saying that is strangely apropos, the one about a ship in harbor being safe, but that not being what ships are built for. None of these negotiations are easy, but all of them will result in much happier relationships – if they can figure out how to go about it.

And that leads to another thread that lurks under the individual novellas. With the exception of the final story, Siren’s Call by C.S. Harris (and the one I picked up this book FOR), we are reading about couples who are already in a relationship, but are still in the process of figuring out how it’s going to work. As a reader, I had the sense that there was more story about these people that I hadn’t read. I didn’t need to in order to get into the action in their portion of THIS story, but I could tell there was more and I WANTED it.

It drove me crazy, so I had to hunt for them.

In Weapon of Choice, Susanna Kearsley combined the historical characters from three of her time slip books, A Desperate Fortune, The Firebird and The Rose Garden, into one chance meeting at that inn in Portofino. Anna Lee Huber’s In a Fevered Hour takes place sometime during her Lady Darby series, and features the lead couple of from that series, Lady Darby and her second husband, the private inquiry agent Sebastian Gage. This series sounds fascinating and I’m planning to look into them more deeply. Likewise, the primary investigator in A Pocketful of Death by Christine Trent is Violet Harper, a Victorian era undertaker! I really liked the character of Violet and will probably look up her series (Lady of Ashes) sometime too, but I found her story to fit into the braiding of this collection a bit less tightly than the others.

All in all, this was a fun “collection” of historical mysteries, did a great job of telling its entire story while sharing its parts, and had a wow of a surprise ending. And, AND it’s a terrific introduction to the writing of a fantastic group of historical romantic suspense/mystery writers, making The Deadly Hours a win-win all the way around! 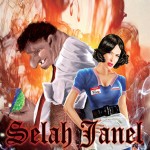 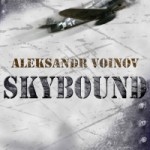