Since this week’s stack is considerably shorter than last week there’s plenty of space for a picture of George. He’s sunning himself, something that hasn’t been possible most of this week as the tail end of Hurricane Sally blew through. All of a sudden, fall is definitely fell around here! 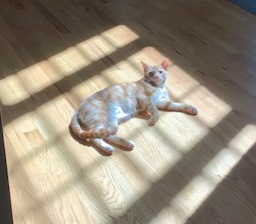 And now, for our regularly scheduled stack of books!

For Review:
Act Your Age, Eve Brown (Brown Sisters #3) by Talia Hibbert
The Arctic Fury by Greer Macallister
Dealbreaker (Gamechanger #2) by L.X. Beckett
The Dictionary of Lost Words by Pip Williams
The Factory Witches of Lowell by C.S. Malerich
The Left-Handed Booksellers of London by Garth Nix
The Mask of Mirrors (Rook & Rose #1) by M.A. Carrick
Project Hail Mary by Andy Weir
Stargazer (Leaphorn and Chee #24, Leaphorn, Chee & Manuelito #6) by Anne Hillerman
The Vanishing at Loxby Manor by Abigail Wilson
The Windsor Knot by SJ Bennett

Purchased from Amazon/Audible:
The Long Way to a Small, Angry Planet (Wayfarers #1) by Becky Chambers 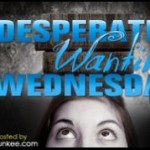