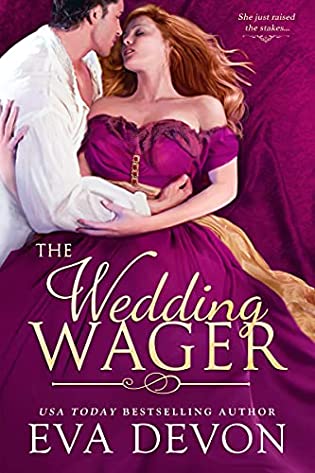 All Lady Victoria Kirby wants is to dig in the dirt, take notations, and record history, thank you very much. Bumbling through ballrooms and getting disdained by the ton for her less than ideal looks, on the other hand, is the last thing she wants. But her reckless father has a different idea for her future when he puts up the ultimate ante—her hand in marriage—and loses. Over her dead body.
The Duke of Chase cannot bear to see a woman misused. After all, he saw that often enough as a child. So when he’s witness to a marquess gambling away his daughter to a lecher of a man, he has no choice but to step in and rescue her. Lady Victoria has a reputation for being as tart as a lemon and as bitter as one, too. So, he may have just found the perfect wife to keep a promise he made to himself long ago--to never have an heir. With her, surely, he'll never be tempted to take her to bed and break that promise.
But when he meets the wild, witty intelligent young lady he’s bound to marry, he knows trouble is headed his way... And everything he ever swore to uphold may very well come undone, especially his heart.

Once we get to know the Duke of Chase, it seems as if he’s a bit too good to be true. Even if at the beginning he seems a bit too bad to be trustworthy.

However, I loved Victoria from her very first appearance – as did Chase although he was much less willing to admit that even to himself.

But Chase is absolutely right about Victoria’s father. He is utterly irredeemable. There are no such thing as best intentions when one is wagering one’s daughter’s hand in marriage on a roll of the dice – even if it’s best two out of three and the dice are rigged.

That’s where we meet our hero, and our villain. Not that Victoria’s father turns out to be all that effective – or energetic – in that particular endeavor. The Marquess of Halford is determined to find his bluestocking daughter a husband before she’s permanently on the shelf – even though that’s exactly where his older daughter wants to be.

Victoria is a dedicated archaeologist, who has served as her father’s lead assistant ever since she was a child. She enjoys her work, and indeed pretty much any intellectual pursuits. She also hates the ton and the feeling is very, very mutual. She thought her father understood that, and he certainly encouraged her work.

Until the night he wagers her future, allowing her hand to be won by the scandalous rakehell otherwise known as Derek Kent, the Duke of Chase. A man whose reputation is hard-earned, hard-won, and utterly false.

Chase seems to have more than a bit of “white knight” syndrome, and Victoria is the latest in a long line of damsels he has rescued – generally by helping the world to think that they are not damsels at all.

Victoria doesn’t want the usual lot of high born women, marriage, motherhood and never allowed a thought in her head about anything serious, important or intellectual. Chase is caught on the horns of a dilemma, he needs a wife to keep the predatory mamas of the ton at bay, but he gave his word that he would never father an heir to the dukedom. Marrying Victoria, with her reputation as a plain-faced shrew should solve all of both their problems. He’ll give her the respectability of being his duchess, and the freedom to do whatever she likes. He’ll never desire her enough to bed her, so there will be no danger of an heir.

All’s fair in love and war, and the best laid plans of mice and men often go very far astray. While it’s true that Victoria’s caustic wit and sharp tongue are quite capable of disemboweling a man with a single phrase, she is beautiful. The ton’s narrow definition of beauty simply can’t encompass a woman who is meant to stride through the world like a goddess.

But by the time they’re each past admitting, at least to themselves if not each other, that they both want a marriage in full and not merely a platonic friendship, they’re both so deep in lies and misconceptions that they may not be able to wade across the chasm that they’ve dug between them.

Escape Rating B: The Wedding Wager is deliciously frothy and a quick and utterly lovely read. I liked Victoria so very much as a character, and I loved Chase’s response to her. He does think she’s beautiful, but the attraction between them is as much about her intellect as it is about her appearance. Nor does the story dwell on every detail of her appearance, and I really liked that. It felt like we got way more of the female gaze, Victoria’s appreciation of Chase’s charms, than we did the other way around.

And yet we still got that sense that she is beautiful and that the ton’s rules have become so narrow that they just can’t see it. Victoria doesn’t have to change anything about her physicality to become a “success” with the ton, she just has to own her authentic self.

One of the parts of this story that really sings is Victoria’s forthright nature and her unabashed cultivation and use of her own intellect. She’s smart, she’s thoughtful, she finds the restrictions of the ton unbearably frustrating, finds the entire thing a stupid but stupidly painful farce and does her best to ignore it as much as possible. I particularly enjoyed the scene at the theater where the older woman, Lady Gannet, enjoys Victoria and matches her in intelligence and agreed that the girls of the ton were generally forced to be stupid. Yes, Lady Gannet believed that Victoria’s prime duties as duchess were to take care of her husband and provide him with children, but she also used her brain and missed a time when other women did as well and wasn’t in the least bit shy about saying so.

I loved Victoria and Chase’s intelligent banter, although he seemed a bit too good to be true in his appreciation and support of her goals and ambitions. I wanted him to be, it makes the romance work, but at the same time it felt a bit too easy.

Speaking of easy, Chase’s secrets were too easy to figure out, so I’m glad that he revealed them to Victoria relatively early on. In the end, the conflict between them wasn’t about the secrets, it was about his clinging to the past that created those secrets.

And he gives very good grovel when he finally figures it out.

One final note. Something about the way the story was set up gave me the niggling feeling that this was part of a series. I think it was in the depth of Chase’s friendship with Brookhaven. It felt like there was prior history that was known but not present in this book. That might be true, but this is not – at least so far – part of a series. Howsomever, if it turned out to be, particularly if the next book were about Brookhaven himself, I’d be EXTREMELY interested! 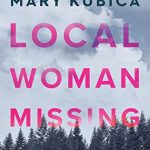 One thought on “Review: The Wedding Wager by Eva Devon”