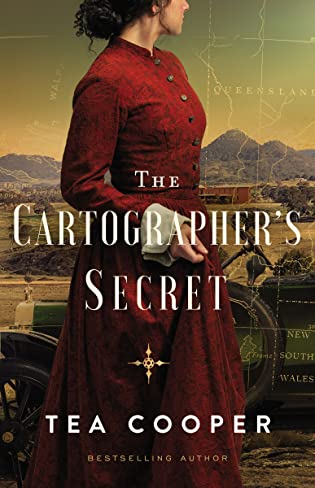 A map into the past. A long-lost young woman. And a thirty-year family mystery.
The Hunter Valley, 1880. Evie Ludgrove loves to chart the landscape around her home—hardly surprising since she grew up in the shadow of her father’s obsession with the great Australian explorer Dr. Ludwig Leichhardt. So when an advertisement appears in The Bulletin magazine offering a thousand-pound reward for proof of where Leichhardt met his fate, Evie is determined to use her father’s papers to unravel the secret. But when Evie sets out to prove her theory, she vanishes without a trace, leaving behind a mystery that haunts her family for thirty years.
Letitia Rawlings arrives at the family estate in her Ford Model T to inform her great-aunt Olivia of a loss in their family. But Letitia is also escaping her own problems—her brother’s sudden death, her mother’s scheming, and her dissatisfaction with the life planned out for her. So when Letitia discovers a beautifully illustrated map that might hold a clue to the fate of her missing aunt, Evie Ludgrove, she sets out to discover the truth. But all is not as it seems, and Letitia begins to realize that solving the mystery of her family’s past could offer as much peril as redemption.
A gripping historical mystery for fans of Kate Morton and Natasha Lester’s The Paris Seamstress, The Cartographer’s Secret follows a young woman’s quest to heal a family rift as she becomes entangled in one of Australia’s greatest historical puzzles.
“A galvanizing, immersive adventure . . . forcing the characters to reckon with the choice found at the crux of passion and loyalty and the power of shared blood that can either destroy or heal.” —Joy Callaway, international bestselling author of The Fifth Avenue Artists Society
Daphne du Maurier Award Winner, 2021Historical story with both romance and mysteryFull-length, stand-alone novel (c. 104,000 words)Includes discussion questions for book clubs 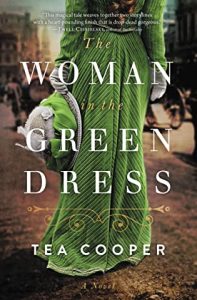 I picked this up because I loved not one but two of the author’s previous books, The Woman in the Green Dress and The Girl in the Painting. At the time I finished The Girl in the Painting, The Cartographer’s Secret had already been published in the author’s native Australia, so the reviews were already out. Once I read them I couldn’t wait for this book to appear, as we seem to get her books a year later.

The Cartographer’s Secret was most definitely worth the wait!

This is kind of a “lost and found” story, slipped in time between 1880 and 1911, set in Australia’s Hunter Valley. But it really starts earlier, in 1848. That’s really, really starts, with the very real disappearance of the German explorer and naturalist, Ludwig Leichhardt.  Leichhardt disappeared in 1848 while exploring the Swan River. Or at least while intending to explore the Swan River. He disappeared somewhere along the way, and was never seen again – or at least not that anyone was able to verify, in spite of an awful lot of people spending an awful lot of time AND money looking very, very hard.

The search for Leichhardt is the real historical hook that kicks off this story. Where the fiction comes in is in the involvement of William Ludgrove, a fictional explorer who ran across Leichhardt on one of his much earlier explorations of the Hunter Valley – and helped the explorer safely reach his destination – at least that time.

Ludgrove, severely injured in a later expedition, maintained his fascination with his old colleague long after the man he referred to as the “Prince of Explorers” disappeared without a trace. Ludgrove’s obsession over the fate of the explorer was such that he invested entirely too much of his own capital in funding later searches. It’s an obsession he also passed on to his younger daughter Evie, much to his family’s despair.

Evie herself disappeared at the age of 18, and the devastation wrought by this second disappearance sent Ludgrove into a tailspin from which he never recovered. It also left the family broken in two, with his sister Olivia barely hanging on to the family horse stud in the Hunter Valley while his remaining daughter was living the high life in Sydney.

When tragedy strikes again in 1911, William’s granddaughter Lettie runs away from home. To home. Her brother has just been killed in a tragic accident, Lettie can no longer cope with her socially ambitious steamroller of a mother. So she flees. To the Hunter Valley, to her Great-Aunt Olivia and the land that her family once called home. And all the secrets that land and its surroundings conceal.

At Olivia’s behest, Lettie takes up the search for the lost and the missing by following the trail of the missing Evie as she followed the trail of documentation for the lost Leichhardt. Lettie has no idea just how much her Great-Aunt has put her own life on hold out of grief and guilt, all she knows is that the search gives her purpose and the lands at Yellow Rock have given her a place where she can belong. 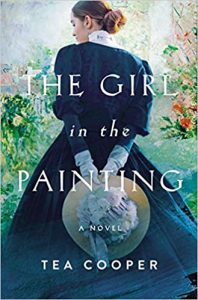 If only she can manage to stand up to her mother.

Escape Rating A-: This is a “truth sets people free” story, even if the original mystery never does get solved – and hasn’t yet. Maybe someday. It only took five centuries to find the remains of Richard III, so there’s still PLENTY of time.

But this story really isn’t about Leichhardt’s disappearance. It’s about the shared family obsession over Leichhardt’s disappearance and the tragic consequences for that family. Not that everything that happened to the Ludgrove/Maynard family is directly related to William’s unwillingness to just “let it go”. By the time Lettie comes to Yellow Rock, a good bit of what’s still wrong is wrapped around Olivia’s inability to let go of William’s – and Evie’s – inability to let go. It’s a vicious cycle that just keeps on turning.

What I loved about this story was Lettie’s journey of discovery and exploration. I always like a well done research story, and this definitely was that, even if it wasn’t research in a traditional way. Lettie has a riddle to solve. Actually she has many riddles to solve, including some that she’s not aware of or not willing to admit need solving.

What she’s unconsciously looking for is closure, even if she doesn’t know just how many losses her great-aunt needs closure for. It may be about Evie but it isn’t all about Evie.

One of the recurring threads of this story is the way that so many people protect themselves or believe they are protecting someone else by concealing truths that should be revealed. So many of the reasons for Olivia’s losses in particular are wrapped in the secrets she hid from others – particularly Evie – because she didn’t want to deal with them herself.

In sorting through her family’s past, Lettie is also forced to face the truths that she’s been hiding from herself about who she is, who she wants to be, and how much she needs to find her own path. Lettie is afraid that if she lets herself know her own truths, she’ll lose even more of her family. So she’s been hiding from herself. Following Evie’s journey lets her finally be who she is meant to be instead of who and what her mother has tried to force her to be. 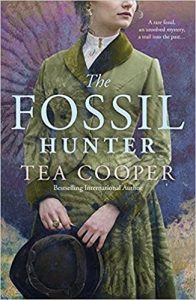 For this reader, it was the journey that I loved. The destination was cathartic, but what kept me glued to this book was the way that Lettie kept searching – even when the discoveries were painful.

And speaking of painful, the author’s next book, The Fossil Hunter, also set in the Hunter Valley, is wrapped around an Australian nurse in the aftermath of World War I who goes searching for a surcease of pain from her wartime experiences and losses and discovers a link to the past that she never expected. And I can’t wait to see what she finds. 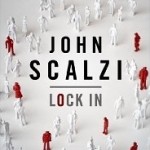 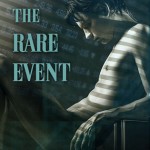 One thought on “Review: The Cartographer’s Secret by Tea Cooper”