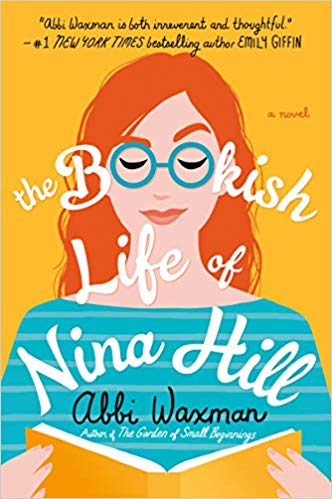 The author of Other People's Houses and The Garden of Small Beginnings delivers a quirky and charming novel chronicling the life of confirmed introvert Nina Hill as she does her best to fly under everyone's radar. Meet Nina Hill: A young woman supremely confident in her own...shell.

The only child of a single mother, Nina has her life just as she wants it: a job in a bookstore, a kick-butt trivia team, a world-class planner and a cat named Phil. If she sometimes suspects there might be more to life than reading, she just shrugs and picks up a new book. When the father Nina never knew existed suddenly dies, leaving behind innumerable sisters, brothers, nieces, and nephews, Nina is horrified. They all live close by! They're all--or mostly all--excited to meet her! She'll have to Speak. To. Strangers. It's a disaster! And as if that wasn't enough, Tom, her trivia nemesis, has turned out to be cute, funny, and deeply interested in getting to know her. Doesn't he realize what a terrible idea that is?

Nina considers her options. 1. Completely change her name and appearance. (Too drastic, plus she likes her hair.) 2. Flee to a deserted island. (Hard pass, see: coffee). 3. Hide in a corner of her apartment and rock back and forth. (Already doing it.)

It's time for Nina to come out of her comfortable shell, but she isn't convinced real life could ever live up to fiction. It's going to take a brand-new family, a persistent suitor, and the combined effects of ice cream and trivia to make her turn her own fresh page.

If you are one of those people (like me) who firmly believes that not only are books the perfect presents to give yourself, but that spending time with them is one of the best things EVAR, than you will probably feel for Nina Hill as much as I did.

Those of us who are book dragons (because being a bookworm just doesn’t describe us accurately – we will defend our bookish choices and bookish friends with dragon-like aggression!) may have come to our love of reading from somewhat different directions that Nina, once we’re there, we’re definitely each other’s people. Each reading quietly in a corner when we’re not passionately discussing our bookish loves – and hates.

So it was easy for this reader to identify more than a bit with Nina and her very bookish life as the story opens. She has a tiny apartment, filled with books – and a cat! – loves her bookstore job and reads in her downtime. All of it not spent doing chores, running errands, working, sleeping or attending to the cat’s every need. As we do.

Which means that Nina’s life – although it may seem boring to some, sounds a bit idyllic to those of us who read for pleasure, for solace, and just because.

Admittedly some of us may not be the obsessive planner that Nina is. But still…

Nina’s life revolves around her job, Phil the cat, reading, and trivia night with her friends. Her constant reading makes her an excellent trivia contestant – as every librarian will also agree. But Nina doesn’t just play for fun – she’s a competitive trivia player – right along with her teammates on Book ‘Em Danno.

Their rivals on the LA trivia circuit are You’re a Quizzard, Harry, but Nina is convinced that Harry Potter may be the only book some of them have read. Especially Tom, who helps his team beat Nina’s by being a sports trivia expert – which Nina is just so not.

Of course Nina notices Tom all the time – and vice versa. They may be rivals in trivia, but they sizzle with possibility.

A possibility that Nina is afraid to fit into her overplanned schedule. (Nina and Hermione Granger would have LOTS in common.)

Nina has just discovered that the father she never even knew about has died. Leaving her a piece of his rather large estate and a veritable herd of relatives that painfully introverted Nina never knew existed.

As the only child of a globe-trotting mother who left her in the care of an absolutely fantastic nanny for nearly all of her life, Nina doesn’t know how to let strangers into her life. That doesn’t mean that her new relatives, at least some of them, aren’t more than happy to clue her in on everything she’s missed.

Having to emerge from her comfortable shell into the boisterous horde of her sudden siblings, cousins, nieces, nephews and even great-nieces and great-nephews, Nina discovers the joy – and sometimes the pain, of having family.

And once she’s poked out of her shell, she’s able to see just how much sizzle there is between herself and Tom-the-Quizzard.

But her shell was quiet and safe, and she was, if not happy, at least very, very contented there. Turtles may only move forward when they stick their necks out – but Nina isn’t sure she’s ready to protect hers from being chopped off – or maybe that’s her heart.

Escape Rating B+: The Bookish Life of Nina Hill was sweet and fun and funny. It’s a voyage of discovery by a woman who may be pushing 30 but hasn’t been willing to push outside her own very comfortable boundaries.

The fates have conspired against her, in a mostly lovely way, to make her stick her neck out whether she wants to or not. Her newfound family won’t take no for an answer. Most of them are more-than-happy to have a new sibling, cousin, or whatever. And they have charts to show Nina whatever the relationship might be. And they need them. Her sperm donor’s family life was hella complicated but it has mostly produced people that Nina is lucky to have in her life.

And it’s fascinating to watch her as she discovers where the parts of her that were nature and not nurture actually came from. Suddenly seeing her eyes or her chin or her gestures on someone else who resembles her makes her rethink some of her own life in interesting ways.

At the same time that the family descends, Nina’s job is threatened. The place isn’t making a profit and the owner hasn’t paid the rent. Nina may have to try her wings whether she wants to or not, and in her fear of all the new that has assailed her, she tries to jump back into her shell and leave behind the one new thing that has given her life so much bright sparkle. By that I mean Tom the Quizzard.

While there is a Happy Ever After in Nina Hill’s bookish life, this isn’t a so much a romance as it is a story where a romance occurs. The heart of the story is Nina opening her heart and her life, not just to her friends, but to her newfound family. And it’s a whole lot of bookish fun.