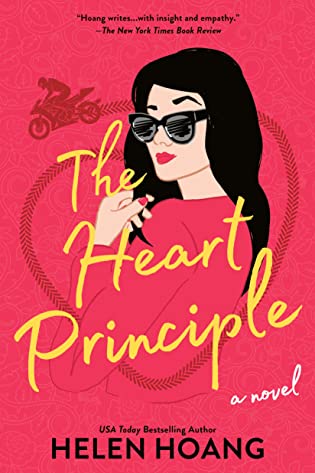 A woman struggling with burnout learns to embrace the unexpected—and the man she enlists to help her—in this heartfelt new romance by USA Today bestselling author Helen Hoang.
When violinist Anna Sun accidentally achieves career success with a viral YouTube video, she finds herself incapacitated and burned out from her attempts to replicate that moment. And when her longtime boyfriend announces he wants an open relationship before making a final commitment, a hurt and angry Anna decides that if he wants an open relationship, then she does, too. Translation: She's going to embark on a string of one-night stands. The more unacceptable the men, the better.
That’s where tattooed, motorcycle-riding Quan Diep comes in. Their first attempt at a one-night stand fails, as does their second, and their third, because being with Quan is more than sex—he accepts Anna on an unconditional level that she has just started to understand herself. However, when tragedy strikes Anna’s family she takes on a role that she is ill-suited for, until the burden of expectations threatens to destroy her. Anna and Quan have to fight for their chance at love, but to do that, they also have to fight for themselves. 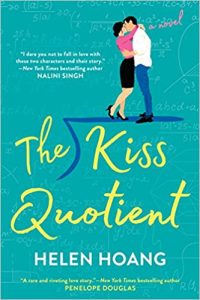 This is an author who has been recommended to me multiple times, so I’ve tried her first book, The Kiss Quotient, and it didn’t grab me. If it’s even a bit like this book, and it probably is, after all, it was probably the intrusive family thing that wasn’t working for me. But this time, I started in the audiobook, and whether it was the format or the way that the female protagonist’s perspective worked its way into my head, this time it stuck.

Also, I was looking for a fluffy read after the earlier books this week, and at the beginning of The Heart Principle, in the section titled “Before”, I was kind of getting that vibe, and really getting into the story.

So I switched to the ebook because I was into it and wanted to experience more of the fluff I thought I was getting a whole lot faster. By the time I hit the “During” section, where the story switches from being a bit sharp but still a bit fluffy, to the hard, painful, heartbreaking part in the middle, I was completely hooked.

This is Anna Sun’s story. And it’s Quan Diep’s story. It begins as a bit of a 21st century meet cute, but with some very hard edges to it, edges that at first make it interesting, then make it tragic, and end up making it real.

Anna and Quan meet because they used a dating app to arrange a one-night stand. Which doesn’t sound terribly romantic – or even cute. Anna’s looking for a way to break herself out of her rut and get back at her douchecanoe boyfriend who has just declared that he needs to “explore his options” before they settle down and get married.

Anna doesn’t do what many readers will want her to do, which is tell the asshat to go take a long walk on a short pier – they’re in San Francisco so there should be one readily available – or otherwise go straight to hell and don’t look back. But Anna is the ultimate people pleaser, and she can’t make herself say no to his face. Nor can she face disappointing either her parents or his by breaking up with him. She’s so used to masking what she thinks and feels in order to make the people around her happy that she freezes and acquiesces, just as she always does. To everyone.

Even her therapist, who honestly can’t help Anna unless Anna can manage to be honest instead of saying what she thinks her therapist wants to hear.

Anna is trapped in a prison of her own making, she can’t get out and she’s drowning in the words that she never lets herself say. The dating app and the one-night stand are Anna’s attempt to be her real self in a situation where the stakes are relatively low, because she won’t feel the crushing obligation to please a person she plans to never see again.

Meanwhile, Quan needs to get back into his usual routine, which seems to have included a lot of casual sex, after being out of circulation for two years being successfully treated for testicular cancer. He’s well, he’s recovered, and he’s minus one ball. Which makes him more than a bit hesitant about baring himself to someone. For him, a one-night-stand is supposed to be a low stakes way of getting back in the game.

Just in time for Anna’s world to come crashing down. 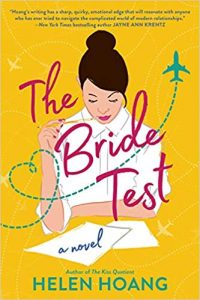 Escape Rating A-: This may be what some of my reading friends call “sad fluff”. Anna and Quan’s slowly developing relationship, as it wraps its tentacles around the two of them, is pretty fluffy. But so much of what happens outside that cocoon is hard, sad, heartbreaking or all of the above.

I also have to say that this hit me hard on multiple levels. The ultra-intrusive family is a trigger for me, as is dealing with the death of one’s dad, and this story has both of those elements. I think I was able to read far enough to get into this because the oppressive intrusiveness of Anna’s family is kept at one remove for the first section of the story. Anna knows that spending too much time with her parents or her sister, where they expect her to be quiet and subservient every second, is so wearing that she avoids them as much as possible so she doesn’t have to confront either their behavior toward her or her regression practically into childhood while with them.

Quan’s issues are upfront, not just with other people but within his own head. He doesn’t need to lie to himself or pretend to be someone or something he’s not. He has reasonable fears and worries, about his health, about whether a new lover will accept him or reject him, and about how the long-term results of his illness and treatment will affect his life and options.

Anna has spent her whole life hiding her real self from other people, because she learned early on that her real self wasn’t a safe person for her to be. But she’s been doing it so long and so well that she’s also hiding herself from herself. To the point that now she’s losing control of her masks and losing her joy in the things that once made her heart sing.

Her father’s sudden illness, her family’s assumptions that her father would want to be kept alive under conditions where he has no hope of recovery and no control of his life or bodily autonomy, and that Anna, her sister and her mother must handle 100% of his 24 hours per day medical care all by themselves pretty much breaks her, both because she knows it’s not what her father wants and because he’s dying and they’re not letting go and because her sister simply refuses to see the toll it’s taking on all of them.

The “After” section of the story, was, on the one hand, marvelously cathartic. Anna needed to take control of her own life, and she finally begins that process, but the story does an excellent job of showing exactly why it’s so difficult for her and just how many steps back she HAS to take before she can move forward. Quan read as just a bit too good to be true at this point, not that Anna didn’t deserve a real prince of a partner after dealing with her asshat ex for entirely too long. And the bitterness of the “During” middle part of the book needed some sugar to sweeten up the ending.

Obviously I liked this book more than well enough to try this author again, possibly in audio to get me past the “intrusive family is intrusive” hump. I didn’t realize until after I finished that The Heart Principle is the third book in a series that begins with The Kiss Quotient and middles with The Bride Test. The stories are linked, not through the female protagonist, but through the male protagonists. Quan’s cousin, best friend and business partner Michael is the hero of the first book, and his older brother Khai is the center of the second. So the connection is fairly loose and clearly you don’t have to have read the first two to get into this one. But now that I know that I’m pretty sure I’ll be back!