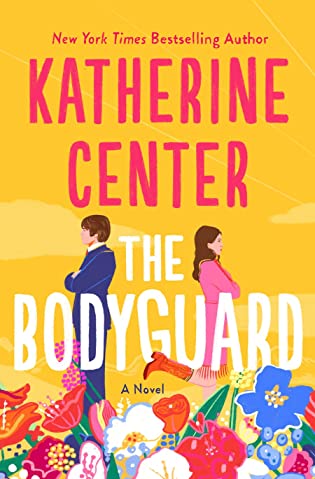 She’s got his back.


Hannah Brooks looks more like a kindergarten teacher than somebody who could kill you with a wine bottle opener. Or a ballpoint pen. Or a dinner napkin. But the truth is, she’s an Executive Protection Agent (aka "bodyguard"), and she just got hired to protect superstar actor Jack Stapleton from his middle-aged, corgi-breeding stalker.

He’s got her heart.


Jack Stapleton’s a household name—captured by paparazzi on beaches the world over, famous for, among other things, rising out of the waves in all manner of clingy board shorts and glistening like a Roman deity. But a few years back, in the wake of a family tragedy, he dropped from the public eye and went off the grid.

They’ve got a secret.


When Jack’s mom gets sick, he comes home to the family’s Texas ranch to help out. Only one catch: He doesn’t want his family to know about his stalker. Or the bodyguard thing. And so Hannah—against her will and her better judgment—finds herself pretending to be Jack’s girlfriend as a cover. Even though her ex, like a jerk, says no one will believe it.

What could possibly go wrong???


Hannah hardly believes it, herself. But the more time she spends with Jack, the more real it all starts to seem. And there lies the heartbreak. Because it’s easy for Hannah to protect Jack. But protecting her own, long-neglected heart? That’s the hardest thing she’s ever done. 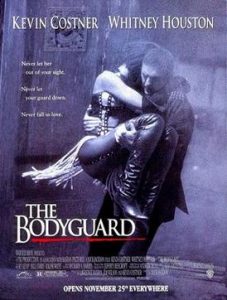 It’s not exactly a surprise that this a bodyguard romance. After all, the title does pretty much give it away. But before your head starts playing “I Will Always Love You” on endless repeats, this book’s version of that popular trope would have Whitney Houston guarding Kevin Costner. Which is more than a bit of a twist, at least if that’s the picture you have in your head.

In this version, it’s Executive Protection Agent Hannah Brooks guarding the uber-famous actor Jack Stapleton. (In my head, I was picturing Jack as an amalgam of the superhero movie Chris brigade, so combine the features – and the careers – of Chris Evans, Hemsworth, Pine and Pratt to get sorta/kinda the picture in my head. And now, quite possibly, yours.)

The explanation of exactly why Hannah Brooks does not look like the beefy, burly, able to bench press a Hummer, stereotype is pretty much on point. Having that kind of bodyguard advertises that something is up and someone or something needs protection. It’s not exactly discreet, The company that Hannah works for is all about protection and discretion – even if some of the agents, including Hannah, seem to have a problem with the latter in their personal lives. Hannah and her team plan and prepare for every detail and contingency so that threats are eliminated before they happen.

Even if the biggest threat that Jack Stapleton seems to face is a middle-aged stalker who keeps Corgis and knits sweaters with Jack’s face in the center. Or at least the Corgi stalker is the reason that Jack’s team at the movie studio hires the protection agency.

Once Hannah is embedded in Jack’s life and his world, it starts to seem like Jack’s older brother Hank is a much bigger threat – but not as big or as difficult to fight as his mother’s cancer.

And that’s where things go really, really pear-shaped – especially for Hannah. Jack doesn’t want to worry his mom while she’s undergoing treatment, so he wants to hide the fact that he needs protection at all. Which puts Hannah in a really tough spot, as Jack’s plan requires that Hannah pretend she’s his girlfriend and not his bodyguard.

The longer it goes on, the realer the ruse seems to be – and not just to Hannah. Unless Jack is a much, much better actor than even Hannah thinks he is.

Unless the stalker is even better than that. 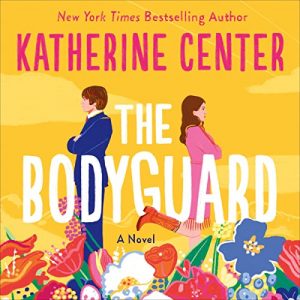 Escape Rating B-: This is a story where I had both the audiobook and the ebook, which means I started by listening to the audiobook. I switched to the ebook at less than a third of the way through – not because I was impatient to see what happened next but because the audio was driving me utterly bonkers.

So many people have loved this book, and it sounded like it would be so much fun, but the audio just about had me screaming in the car. I switched to the ebook because I was determined to finish the damn thing.

The story is told in the first person singular, so we’re in Hannah’s head listening to her voice and all of her many, many, many anxious thoughts and feelings, nearly all of which are negative and are flying by at what seems like a million miles per hour. The narrator’s delivery of the rapid-fire cacophony inside Hannah’s head was spot-on, but the overwhelming mass of negativity the character was projecting – well, I just wasn’t there for it. At all.

Hannah is a person who is afraid to sit still or even to slow down. Even if she’s not moving in the physical sense, her brain is whirling at a million miles per minute. And it seems like most of those miles and minutes are negative. She’s not happy with herself, she’s not happy with her life – particularly when the story opens – and she’s doing her level best to keep in motion so she doesn’t have to deal with ANY of her issues.

That her mother just died and her boyfriend dumped her the morning after her mother’s funeral is just the tip of the rock-filled iceberg that is Hannah’s emotional state. (Her boyfriend is a douche and she’s WAY better off without him, but it takes her awhile to figure that out – as it does.)

And her boss is a complete asshole. Even when he’s right, he goes about it the worst way possible – because he admits he enjoys torturing his employees. He’d call it “tough love” if he was willing to use the word “love” at all. But it comes off as just being an abusive asshole who enjoys his assholishness.

In short, Hannah has a metric buttload of issues that she is burying under her workaholism. All of her issues feel justified, but she’s not dealing with pretty much ANYTHING that needs to be dealt with. And her mother’s death provides the straw that is breaking the camel’s back of Hannah’s coping mechanisms.

Not that Jack Stapleton is in much better shape emotionally – he just hides it better. After all, he is an actor. The irony of their situation is that as fake as their relationship is supposed to be, Hannah is a much more real person than anyone Jack has ever associated with in Hollywood – including his supposed “real” girlfriend.

The relationship that develops between Hannah and Jack, as bizarre as its starting point, is the most real thing in his life – except for his older brother’s animosity and his mother’s cancer. He’s not coping well either – and he has just as much to cope with as Hannah does.

And that’s one of the places where the story is shortchanged by its cute sweetness. Because it certainly is both of those things. The issue that I had with the story in the end is that there is too much going on with both of these people for a romance that ends up being this light and fluffy.

Not that both Hannah and Jack don’t deserve a happy ending – because they both certainly do. But the way they achieve it, and the way that their happy ever after is presented, completely glosses over everything that is really, truly not cute or sweet at all. In the end, the story shores up the fallacy that love conquers all, including learning disabilities, impostor syndrome, feelings of total inadequacy, childhood trauma, and unprocessed grief.

It ends on the note that love doesn’t just conquer all, but that it cures everything that ails a person. Which just isn’t true. And this would have been a much better story, if not nearly as fluffy, if their very important issues had been dealt – or at least showed that they would BE dealt with – instead of swept under the carpet.

In the end, this wasn’t bad – and it’s a surprisingly clean romance if you’re looking for one. But it wasn’t nearly as good as it could have been.