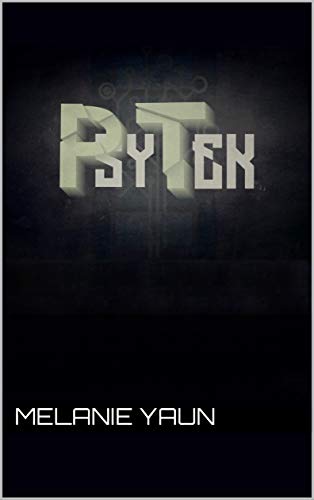 The year is 2547, and over the past 200 years, PsyTek Industries has managed to rid the world of disease, hunger, violence, and even death. Limbs can be regrown, cancer removed in a quick trip to the clinic, even aging can be reversed through a simple, and free, cellular regeneration process.

Soon-to-be employee, 24-year-old Kay LeBlanc, is a sarcastic interface designer who also happens to occasionally hear voices. Tyler Warren, head of PsyTek’s Division 5, just took a personal interest in her after an impressive presentation. The problem is, from the moment he, and PsyTek, comes into her life, she finds her world haunted by visions of darkness filled with the sound of screams.

The opportunity is once-in-a-lifetime, though, and she can’t pass it up. From the moment she starts her new life, however, she learns there’s a lot more to her world than anyone had ever thought. Every perfect world has a cost, and as she learns what that cost is, who, and more importantly what, she is, becomes clear.

Note from Amy: In the interest of full disclosure, I know the author of this work; she and I are coworkers on my day job, and I am a Patreon supporter. When she (understandably, rather excitedly) told the company’s online chat that she had published this work, I immediately bought a copy on Amazon, and told her I’d give it a fair shake here. That was more than a week ago as I write this, and she’s still squealing happily.

Guest Review by Amy: In a future where the company that runs pretty much everything has solved all the big problems, software developer Kay LeBlanc has been given the chance of a lifetime. She has written an interface that interacts with PsyTek’s built-in hardware that most people now wear, and when she shows up for a demo, the CTO of PsyTek Industries, Tyler Warren, is unexpectedly sitting at the head of the table. He’s impressed with her work — so much so, that he pretty much offers her a job on the spot.

All is not well at PsyTek HQ, and Kay rapidly finds herself in over her head. The headaches and visions that have troubled her for years are stronger and more frequent, and her boss and his colleague, the head of PsyTek’s medical division, are both interested. What she learns about herself, and about PsyTek, will change… well, pretty much everything.

Escape Rating: A: The Corporate Dystopia is a well-trodden plot, from books like Ready Player One and Divergent, to films like The Running Man (itself based on a book of the same name by Stephen King), and even Pixar’s Wall-E. But Melanie Yaun’s PsyTek Industries, unlike Wall-E‘s Buy-N-Large, went after the serious problems of suffering in the modern world, particularly poverty and illness. If high-tech could solve the problem, then PsyTek solved it. In the opening scene of the book, Kay is having lunch with her elderly mother, who is going in for cancer treatment the next day, a treatment that, by lunchtime, will make her “as good as new.”

As the child of two cancer victims, this hook appealed to me, and kept me reading through the first couple of chapters. After that, the pace sped up dramatically, as Kay finds herself on a whirlwind tour of PsyTek HQ, led by her new boss himself. Her flashes of visions hit her during her lunch break, knocking her unconscious, and the head of the medical division takes an interest. Kay learns that she is not like everyone else, in an important way–she has psychic power. She is, as they call it, an EV, an evolutionary variant. And suddenly many people are interested in her, from the rebel Luddites of the Res Novae, to PsyTek’s own skunk works, the mysterious “Division Six.”

There was a lot to like about this work, for fans of dystopian sci-fi. You’ve got an interesting setting in “New Chicago” and the PsyTek HQ, and a cast of characters who are appealing and three-dimensional. In the early going, Kay seems a little shrill to me, but it seems quite normal: she’s stressed out by the unusual situation she finds herself in, and she just wants to go hide and do what she does well, write code. That being mine (and the author’s) day job, it’s a feeling I understand all too well, and Kay’s presentation is true to the introverted developer type.

For rather a lot of the book, it was unclear who the villain was — or if, in fact, there really was one. When Kay figures out the puzzle she’s been cast into all along, and finally acts, along comes someone whose loyalties have been unclear for most of the book, to show her parts of the puzzle she still doesn’t know about, leaving us a lovely hook for the second book in the series.

Some readers might find it a bit of a bobble near the end, when Kay suddenly snaps. All this stress and tension has been building up and building up, as she’s learned more and more about the dark recesses of Division Six, and as she’s learning more about herself and her abilities. The anger and stress finally hit the “enough!” point, and off she goes, kicking butts and taking names. That transition felt slightly abrupt to me, and other readers may find that they agree with me. In a reread of that section, it’s not as bad as all that, but on the first read, it startled me. It’s the only thing I can really find to criticize about this work, really, and I wouldn’t call it in any way a “flaw” in an otherwise brilliantly-executed story.

From a mechanics standpoint, the book is well put-together, with rich characters, no gaping holes in the plot, and a crisp, snarky, first-person writing style free from distracting editing errors. Melanie Yaun has put together an exciting, interesting freshman work, and I’m excitedly looking forward to the next tale in the series.