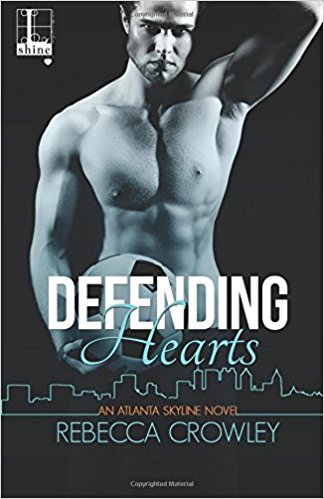 When The Pitch Gets Personal

Atlanta Skyline's star Swedish wingback Oz Terim-or as the fans call him, the Wizard-has an airtight plan for his life, his career, even his meticulously renovated house, but he barely gives a thought to the Islamic faith he inherited from his Turkish parents. So no one's more surprised than he is when he's the victim of anti-Muslim hate crime. Refusing to take the threat seriously, he resists the security detail Skyline insists on . . . until he meets Kate Mitchell. There's no room for her in his plan and she's the exact opposite of what he wants. Then why can't he keep his hands off her?

After ten years in the military-and getting fired from her first post-Army job in Saudi Arabia-Kate Mitchell has slunk home to her Georgia roots. Private security isn't the career she dreamed of, nor is she thrilled to work with an uptight professional athlete who plays a sport she has no interest in. She never expected to be attracted to him-or for him to fall for her, too. As their opposite lives tangle up-and the threat against Oz grows more serious-Kate has to decide who she wants to be in life and in love.

"A well-crafted and very enjoyable sports romance that also delves into a timely subplot of the challenges faced by immigrants to America . . . Crossing Hearts delivers an exciting and passionate read." -allaboutromance.com

I picked this one because I live in Atlanta. I always enjoy reading books about the place I live – or places I have lived. I still have a soft spot in my heart for books set in Alaska after three years there.

But this story isn’t really about the city, and the city doesn’t feature much in the story. Instead, this could any big city in the U.S. that is trying to get FIFA-level soccer established in the U.S. And there are lots of medium-to-large cities that could host a team.

The story in Defending Hearts is about more than soccer. Oz Terem could be a star player in any major league sport, and this story would still work. Because underlying the romance there’s a surprisingly in-depth story about irrational hatred and unthinking prejudice, and that’s the part that sticks with readers in the end.

Oz is not just the star player for the Atlanta Skyline. He’s also a practicing, admittedly somewhat loosely and extremely secular, Muslim who is seen visibly praying before each game. And some nutjob out there riding the current wave of Islamophobia has decided that Oz’ somewhat casual adherence to his faith means that he must be a terrorist or at least aiding and abetting terrorism.

When he’s really a soccer player who is otherwise doing a decent job of living his life and observing as much of his faith as he finds comfortable. While he may be of Turkish descent, he actually sees himself as Swedish, because that’s where he was born and raised.

But there’s someone targeting Oz with increasingly virulent threats on all of his social media accounts. The escalation has got his manager worried, enough so that the team decides to get security for Oz.

And that’s where our heroine, Kate Mitchell, comes in. Kate is ex-military, and is currently working for one of Atlanta’s frankly lesser lights in the personal security business. But she’s the agent available when a reluctant Oz and his manager come into the office, so she’s the agent they get.

Kate and Oz strike sparks off each other from the very beginning, even though neither is anything like the other’s type. Kate has a taste for big guys with bigger trucks, and Oz is working from his master plan – he’s not interested in anyone who isn’t wife material. Kate’s more of a Ms. Right Now type, and she’s trying her best not to keep settling for Mr. Right Now. Her track record with men mostly consists of disappointment.

Even though they may not fit each other’s ideas of what they thought they wanted – they are absolutely what each other needs. But as the threats to Oz escalate, and they turn towards each other, neither is certain whether the bond they are forging can survive either the resolution of the crisis or the vast differences between them.

And whether or not it should.

Escape Rating B: There’s something about Defending Hearts that gives it a bit of a “New Adult” feel, and it’s not just that Kate pops Oz’ cherry. While both protagonists are in their mid-to-late 20s, the decisions that they are making and their positions on their life plans (or lack thereof) give the story a New Adult vibe.

The romance also has elements of the “opposites attract” trope that really work. I would say that Kate is from the wrong side of the tracks, but I don’t think that Jasper, Georgia is big enough to even have tracks. It really does exist, and looks like it’s exactly the kind of small rural town that typifies Georgia in the popular mind outside of the big cities of Atlanta and Savannah.

Kate is also interesting because she’s not a typical romance heroine. Not just because of her military service, but because of the reasons behind it. She enlisted to get the hell out of tiny Jasper, got chewed up and spit out, and now that she’s back, she’s come to the realization that as much as she wanted to leave, and as much as her mom and her sister drive her crazy, they are her people and she loves them, and they love her, no matter what.

They need her, and not just because her contributions are what tides both of them over between men. And she needs them as well, even though she desperately wants to make sure she doesn’t fall into the same trap.

Oz on the other hand had a relatively privileged, upper middle class life in Sweden. Yes, he’s a rich diva because he’s a talented man at the top of a world-class sport, but even without soccer he comes from a far more educated and definitely privileged world. His parents are both professionals, and they were able to afford the coaching and training he needed to get him where he is at the time of the story. And unlike Kate, Oz didn’t merely graduate college, he graduated from Harvard, and that’s the rarified (at least from Kate’s perspective) atmosphere from which he draws his friends and his worldview.

Everyone indulges Oz, and he doesn’t even realize just how much they do. He needs Kate in his life because she doesn’t. She grounds him. And he gives her wings.

The crisis that throws them together, the anti-Muslim propaganda and hate-speech that escalates into stalking and violence, is integral to the story. It feels well-done and gives what might otherwise be a fluffy romance quite a bit of depth. And it’s instructive to see the male sports star, someone who is so obviously the good guy, as the victim of a hate crime. He has done nothing to bring any of this on himself. That the haters are so clearly the villains of this piece (and batshit crazy) may give at least a few readers some insights that might not have otherwise penetrated their bubble.

And that’s a good thing in any book, but especially in a good one.

I’m giving away a digital (ebook) copy of Defending Hearts to one lucky commenter on this tour.