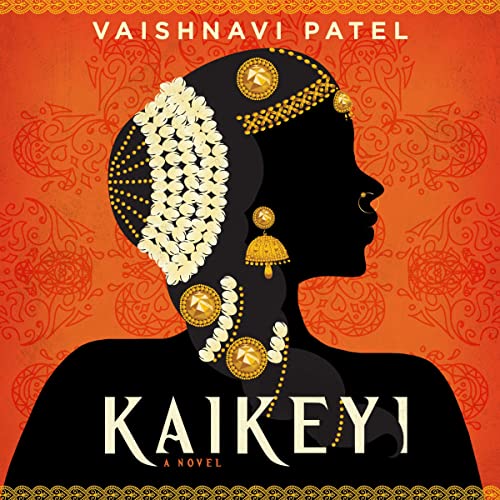 “I was born on the full moon under an auspicious constellation, the holiest of positions — much good it did me.”
So begins Kaikeyi’s story. The only daughter of the kingdom of Kekaya, she is raised on tales about the might and benevolence of the gods: how they churned the vast ocean to obtain the nectar of immortality, how they vanquish evil and ensure the land of Bharat prospers, and how they offer powerful boons to the devout and the wise. Yet she watches as her father unceremoniously banishes her mother, listens as her own worth is reduced to how great a marriage alliance she can secure. And when she calls upon the gods for help, they never seem to hear.
Desperate for some measure of independence, she turns to the texts she once read with her mother and discovers a magic that is hers alone. With this power, Kaikeyi transforms herself from an overlooked princess into a warrior, diplomat, and most favored queen, determined to carve a better world for herself and the women around her.
But as the evil from her childhood stories threatens the cosmic order, the path she has forged clashes with the destiny the gods have chosen for her family. And Kaikeyi must decide if resistance is worth the destruction it will wreak — and what legacy she intends to leave behind.
A stunning debut from a powerful new voice, Kaikeyi is a tale of fate, family, courage, and heartbreak—of an extraordinary woman determined to leave her mark in a world where gods and men dictate the shape of things to come.

Kaikeyi is a story that gave me mixed feelings on top of my mixed feelings, much as the character of Kaikeyi herself has inspired multiple interpretations of her story and her character in the centuries since the Ramayana, one of the two important legends of Hinduism, was first written – or amassed – or compiled – or all of the above – sometime between the 7th and 4th centuries B.C.E.

The closest Western parallel is probably the Homeric epics The Iliad and The Odyssey in age, size and in the scope of their importance to the canon of literature.

And, like the recent spate of modernized retellings of Homer’s famous tales such as Madeline Miller’s The Song of Achilles and Circe, as well as Claire North’s upcoming Ithaca, the Ramayana, particularly the story of the reviled Kaikeyi, was ripe for a contemporary retelling.

Which is just what Kaikeyi is, an account of Queen Kaikeyi’s life from her early childhood to the terrible events that made her so despised in the Ramayana. But told from Kaikeyi’s own first-person point of view, we’re able to see the famous story in which she plays such an infamous part told from a feminist perspective rather than the patriarchal, male-centric version that was written by the all-male Sages who denigrated her during her life and controlled her narrative after her death.

While the Ramayana itself is the epic history of Kaikeyi’s son Rama, a reincarnation of Vishnu, in Kaikeyi’s part of that story we are at the end, where she poisons the mind of her husband King Dasharatha of Ayodhya, persuading him to exile Rama from the kingdom he is supposed to rule, for 14 long, bitter years. But that event – and the worse things that follow after it, are the last part of Kaikeyi’s story when it is told from her own perspective.

For her, the story begins at the beginning, the tale of a young woman, the only princess of Kekaya, with eight younger brothers and a disapproving father, the king who exiled her mother as a result of machinations in his own court.

Kekaya is a warlike kingdom, and Kaikeyi, in spite of her gender, learns many of the arts of war under the tutelage of her twin brother. But for all her agency and independence, she is forced to obey when her father marries her off to the King of Ayodhya, as Ayodhya is a larger, more prosperous country that Kekaya cannot afford to anger.

It is as one of the three Queens of Ayodhya that Kaikeyi finds both her purpose and her eventual downfall – at least according to the legends.

What we have in this fictionalized version of her life is the story of a strong woman who was forsaken by her gods for acts she had not yet committed, who began her rise with a little magic and less agency, but who eventually managed to carve herself a place at her husband’s side in war and in the highest councils of their kingdom in peace.

And who managed – in spite of the dire pronouncements of the Sages who denounced her as angering the gods by not staying in her “woman’s place” – to raise the standard of living and responsibility for many of the women of her kingdom.

Until it all went straight to something like hell – right along with damnation.

Escape Rating B: I said at the top that my mixed feelings had mixed feelings about this story. There were points where it seemed like a fairly straightforward feminist interpretation, where the conservative forces of the patriarchy who claimed they were speaking for the gods were just part of the cycle of men making god in their own image. In other words they wanted to maintain the status quo that kept them in power and women less than the dust under their feet by claiming that was what the gods wanted.

But then there are actual gods in this story who actually claim that those men are, in fact, speaking for their divine selves. Which does undercut some of that interpretation.

And on my rather confused other hand, as Rama and his brothers grow up, it’s clear, at least from Kaikeyi’s point of view, that knowing he was the avatar of a god from such a young age had done Rama absolutely no favors whatsoever. That he’s a puppet of divine forces beyond his control or understanding – and that he is just as much a pawn of men who get their hooks into him when he is young and corrupt him to their purposes – one of which is to strike Kaikeyi down through their control of her son.

In other words, these facets of the story read like an entirely different saying about the gods, the one that goes “whom the gods would destroy they first make mad,” variations of which go all the way back to Sophocles’ play Antigone – which was also written sometime in the 4th century B.C.E.

Because this is Kaikeyi’s story rather than Rama’s, this is not a story about a great man fighting great battles against great evil and having great adventures. In many ways it’s a much quieter story than that as Kaikeyi reaches maturity in Ayodhya, learns how to control her own magic, and makes changes in the ways that all women are treated in her adopted country.

But this is also a story that is effectively forced to serve two masters. On the one hand, it hits many of the same beats as epic fantasy. The use of magic, deities meddling in the affairs of their worshippers, the battles between the forces of good and the forces of evil. Howsomever, as the retelling of a foundational document in religions that have millions of adherents to this very day, the story must still conform to the major plot points of the epic poem it derives from. Kaikeyi the character can explain, to herself and to the reader, why events are remembered and recorded as they eventually were – but she can’t change the outcome no matter how much the reader might want her to or even expect her to because this does read much like epic fantasy.

Still, what makes Kaikeyi’s story so interesting is the way that she works through relationships, aided by her magic, to garner influence and power to help the women of her kingdom. One of the unusual facets of her story is that Kaikeyi herself is both Ace and Aromantic in this interpretation. Whatever her husband feels for her, this is not a romance. She comes to see him as a dear friend and a partner, but she has no romantic or sexual interest in him or anyone else in her life. She does not use ‘feminine wiles’ or seduction to make her point or to gather followers. It’s always fascinating to see a woman in a historical-type story that does not ever play those obvious tropes.

But as much as I found Kaikeyi’s campaign for increased women’s rights in general and greater agency and authority for herself in particular, the last quarter of the story fell flat for me. At that point, the bitter ending is coming fast, and Kaikeyi spends a great deal of time and energy castigating herself because she didn’t see it coming and can’t seem to stop the destruction that cannot be turned aside. She blames herself for absolutely everything that happens to a degree that just bogs down a whole chunk of chapters leading to the ending.

So I loved the first three quarters and was ready to throw the thing across the room in the long, drawn-out, “it’s all my fault, I’m to blame for everything” final quarter.

June is Audiobook Month and I listened to Kaikeyi rather than reading the text – which would have made throwing it across the room not just difficult but downright dangerous as I was generally driving while listening. And I’d hate to throw my iPhone out of the window. Seriously.

One of the reasons I kept going even when the story hit that big slough of despond at the end was because I was listening rather than reading. Stories that are in the first-person-perspective, as Kaikeyi is, lend themselves particularly well to audio when the narrator’s voice matches the character, as was certainly the case here. While I had mixed feelings about the story she was telling, the audio teller of the tale was excellent. 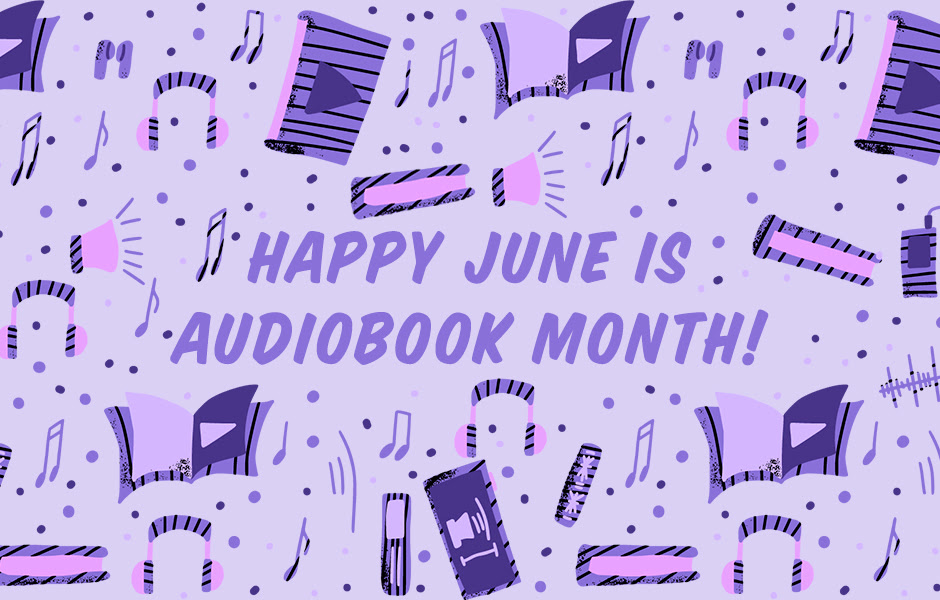