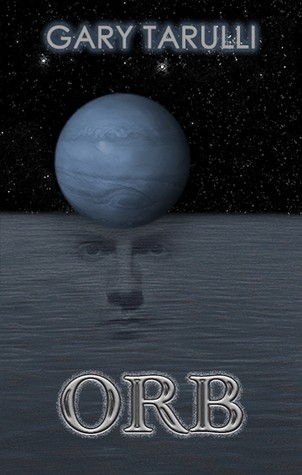 Three months outbound from Earth and the starship Desio approaches its planetary destination, her crew eager to commence a mission of scientific discovery. Kyle Lorenzo, however, has a personal reason for being on board--an inner conflict that will ultimately propel him to explore not only of the furthest reaches of an enigmatic ocean world but the nebulous recesses of his inner psyche.

During the long and isolating interstellar journey a physical relationship develops between Kyle and the ship's physician, Kelly Takara. That part is easy. Understanding the reasons for avoiding the emotional commitment desired by Kelly is harder. So, too, is trying to penetrate the mind of Larry Melhaus, the mission's brilliant and reclusive physicist - a failure to communicate made exponentially more troublesome when the scientist's disturbing behavior begins to threaten the crew.

While Kyle struggles to comprehend himself and Melhaus, the ship's crew, led by their strong-willed commander, Bruce Thompson, attempt to fathom a planet where none of the precepts of science seem to apply. A world where every preconceived notion of what constitutes life must be re-examined and challenged.

Two journeys: One inward, one outward.Culminating at the same destination.

Interstellar exploration is hard, even if you have a wormhole to make the trip shorter. They only pick the best of the best, but the first crew that went to the planet labeled “231-P5” … had problems. The stress of the trip, being alone with only each other for months on end, the situation they found themselves in, no one’s entirely sure. This crew is carefully hand-picked: five scientists, one…wait, what? A writer? And a poodle?

Months out there in space, and our intrepid wordsmith has fallen for the ship’s doctor, one Kelly Takara, but Kyle Lorenzo is sort of afraid of commitment. Things are tense, and only get more so as the expedition’s physicist, Dr. Larry Melhaus, starts acting even more strange than usual.

Escape Rating: B+. The first chapter or two of this book didn’t quite grab me the first time I picked it up about a year ago. I chalked it up to the mood I was in at the time, and threw it back on my TBR heap for later consideration. When I decided to give it another whirl last week, I discovered that the problem with the book wasn’t me. Well, not exactly.

I’m reminded of the first time I watched 2001: A Space Odyssey. While visually stunning, there is an awful lot of the early part of the film that, to me as a then-very-young person, just didn’t serve the plot in a meaningful way. That’s the problem I had with the first couple of chapters of Orb. Author Gary Tarulli gets us deeply into the head of a literary-minded person, and it reminded me rather a lot of the existential maunderings I had to read in freshman lit classes in the late 1980s: slightly less-exciting than cold oatmeal with no butter.

Let me say right now that that’s not necessarily a bad thing. Existentialist fiction, if I may paint it with that deliberately-broad term, isn’t by definition bad, despite what I just said about my poor freshman lit teacher’s choices. I just didn’t expect it to come at me in a book labeled “Science Fiction.” And far be it from me to dish on a self-published author–as self-published first works go, this one isn’t bad, really–it just took me a while to catch on to what Tarulli was trying to give us. I’m a slow learner, sometimes.

When our crew arrives, early-ish in the book, at the water world that they are there to explore, the sci-fi story starts to emerge, and it’s a good one. The intelligence that populates the planet is so wildly different from ours that our crew struggles with first-contact matters in unexpected ways, and watching Dr. Melhaus’ slow-motion implosion gives us a nice dose of tension, if not quite a villain. Kyle’s internal dialogue over his relationship with Kelly Takara is fairly-understandable, and watching him progress into that relationship is a sweet counterpoint to the precarious situation the crew is in.

“Not quite a villain,” I just said–there’s really no villain, as such, in this story. Our cast of characters spends the whole book discovering a place and flavor of life that is incomprehensibly different from ours, and spends even more time discovering … themselves. This is a book that, if you can digest it, will make you think about things rather a lot. It did me. This book is not escapist fiction, not like lots of other reviews I’ve brought you here at Reading Reality; it’s a thinker’s book. Read it with that in mind, and I’m sure you’ll get something out of it, as I have.