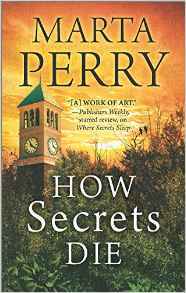 As Laurel Ridge embraces a stranger hungry for answers, a sinister truth is awakened.
A hard-hitting reporter, Kate Beaumont unearths the deepest lies and brings harsh truths to light, but the story that lures her to the gentle town of Laurel Ridge, Pennsylvania, is closer to her heart than anyone knows. The details of her half brother's sudden death have never made sense. She owes him justice, yet the one man who can help her is the stubborn sheriff she can't stand.
Protecting his town is Mac Whiting's top priority. Everything else, including pacifying a beautiful crusader on a mission best left resting in peace, is secondary. But as Kate's search embeds her in his world and attracts a skilled criminal, she needs Mac's protection. Drawn together by deadly secrets, they must find a way to trust each other before a killer silences them both. 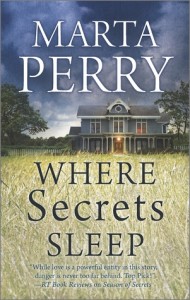 I just plain liked this book. I think it may have been a case of the right book at the right time, but I definitely found myself slipping into the book, and the world of Laurel Ridge, very easily. And I say this in spite of this book being the author’s third trip to Laurel Ridge, after Where Secrets Sleep and When Secrets Strike, which I have not read and did not miss having read for the purpose of getting into How Secrets Die.

But I enjoyed this book so much that I plan to go back and read the first two.

How Secrets Die is a lovely small-town romantic suspense story. Reporter Kate Beaumont comes to Laurel Ridge to investigate the death of her brother the previous year. The local cops dismissed the case as an accidental death – a former drug addict who slipped off the wagon to an untimely end.

But Kate can’t let it go. Her brother Jason had had some trouble, but he had been clean and sober for years, and was doing well in college and seemed to be doing well at his internship at a local financial firm. Kate is certain that something must have gone seriously wrong to drive Jason back to his old, bad habits.

After endless viewings of Jason’s somewhat cryptic video journal, Kate just doesn’t see what drove him off the rails and to his death. So she comes to Laurel Ridge to search for herself, and runs right into the local police chief, Mac Whiting.

Kate blames Mac for the quick dismissal of her brother’s case. Mac is, at first, worried that Kate is just there to stir up trouble. But when that trouble strikes, Mac finds that he is just plain worried about Kate. And guilty that he didn’t look deeper into the case at the time. Because when the attacks on Kate escalate, it becomes clear that there must be something he overlooked.

If the case were as open and shut as it initially appeared to be, no one would feel threatened by Kate’s presence in town. But someone obviously is. And they’ll stop at nothing to make sure that whatever secret Jason uncovered, it stays dead with him. And if necessary, with Kate.

Escape Rating B: As I said at the top, I just plain liked this book. I was in the mood for a relatively familiar type of story, one with likable characters and a few interesting twists, and How Secrets Die fit the bill.

And although the romance is quite lovely, this is a surprisingly clean book. The author does a good job of portraying the heat between Kate and Mac while giving them plenty of logical reason for not indulging in that spark at first, second or even subsequent involvement. This is a story where postponing the romantic payoff until the very end made sense. Also you might see this book billed as “Inspirational”. After reading it, I can say that it does not fall into that genre. How Secrets Die falls squarely into romantic suspense.

Kate and Mac certainly have one thing in common – they are both dealing with a load of survivor’s guilt. Kate’s is pretty obvious from the outset – she feels guilty that she didn’t notice her brother’s cry for help. It isn’t until well into her investigation that she starts to realize that she didn’t respond because there wasn’t one. He never knew how much trouble he was in until it was far too late.

Mac’s heavy dose of guilt is both recent and long-term. As Kate shakes things up in Laurel Ridge, she often accuses him of being too protective of the local citizens to dive into things that need to be dove into. And she’s right. He dismissed Jason’s case much too easily, even though there were a whole bunch of loose ends that he never tied down. He knew too many people too well to question them the way he should have.

He also lives with an overwhelming need to protect his community, because he feels that he let so many people who depended on him down when he served in Iraq and Afghanistan. The people that he couldn’t save haunt him.

Kate and Mac do not start from a position of trust. Kate doesn’t much like cops – her stepfather was one and was a rigid taskmaster who insisted that his many rules be followed to the letter. While there was no abuse, there was also no love or respect. Instead, Kate found herself raising her younger half-brother, and trying to protect his very quirky nature from his by-the-book father.

While we never hear if Jason was diagnosed with anything in particular, it sounds like he might have been somewhere on the Asperger spectrum.

So the story in this romantic suspense story is Kate moving to Laurel Ridge to find out what happened to her brother. Along the way she falls for the police chief, who is tied to the community, while Kate plans to leave when her quest is over. Along the way they trip over several secrets that the owners would rather remain buried, and who would be happy to bury Kate right along with them.

At the end, the perpetrator finally reveals themselves in an attempt to kill Kate and cover their tracks one more time. And once we discover who it is, we see that it was obvious all along, but hidden just as well from the reader as from the community.

Marta and Harlequin are giving away a $25 Gift Card to one lucky commenter on this tour:

To read an evocative excerpt from How Secrets Die, check below the fold.