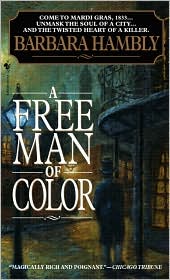 Edward Cullen was certainly not the first sexy vampire–if he even makes the list at all.

I still remember reading Anne Rice’s Interview with the Vampire for the very first time.  I was in my college dorm room.  I remember sitting there, spellbound, turning the pages, just pouring through the book from cover to cover. I think I only got up once to go to the bathroom.  I still remember Lestat, and Louis, and the child vampire Claudia, and the steamy city of New Orleans as if it was a separate player in the drama.  And the poor interviewer who was mesmerized by the whole erotic, gory, glorious mess.  Even if you think you know the story from the movie, it is nothing like reading the book for the first time.  Or again. (Never judge a book by its movie.) 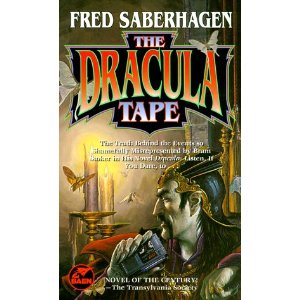 Other vampires have told their tales to other interviewers.  After all, a good story always needs an audience.  Dracula wanted to tell his side of the story, to let people know the “truth”—to counter all the “propaganda” that Bram Stoker published for Van Helsing.  So, after his true love Mina had lived her full life, on the night that she was ready to rise, the Count waited out the evening with yet another poor, unsuspecting journalist with a tape recorder, pouring out the true tale of his fateful meeting with Jonathan Harker, Mina, and Dr. Van Helsing.  Fred Saberhagen’s retelling of the Count’s own story makes compelling reading in The Dracula Tape.

Saberhagen went on to relate more stories of Count Dracula’s modern day adventures in The Holmes-Dracula File and An Old Friend of the Family, as well as later books. It was a very interesting family that included Count Dracula among its “old friends”. And a story of Sherlock Holmes not just meeting, but joining forces with, Count Dracula–it is absolutely delicious. Two alpha predators at the height of their powers joining forces for the greater good.

And last, but not least, there is the mysterious vampire known as the Le Comte de Saint-Germain, who first appears in Hotel Transylvania by Chelsea Quinn Yarbro, and has appeared in many, many books since.  Saint-Germain rescues a woman from ruin, as he so often does, in a tale that blends history, romance, and mystery.  It is fitting that this story blends fact with the paranormal, as the fictional character of Saint-Germain was based on a true historical “worker of mysteries” who appears seemingly everywhere, in a spinoff of Neil Gaiman’s Sandman series, a Buffyverse comics miniseries, and more than one videogame. The Comte, like Count Dracula himself, seems to be immortal.